Real Falafel Is on the Move

In just over a year this tiny but mighty falafel stall has become a Central Market favourite. Now it’s moving into a bigger and better site, and introducing breakfast, coffee and deli products for sale. 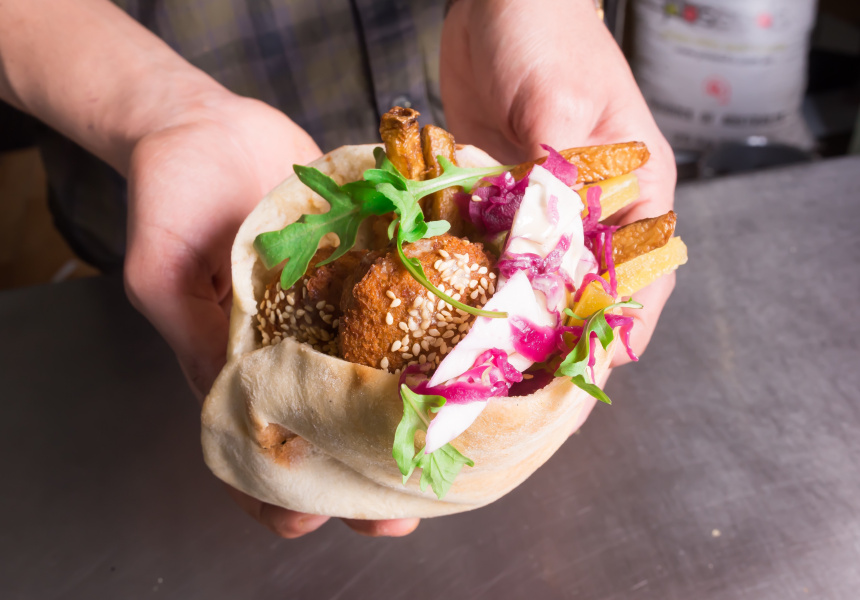 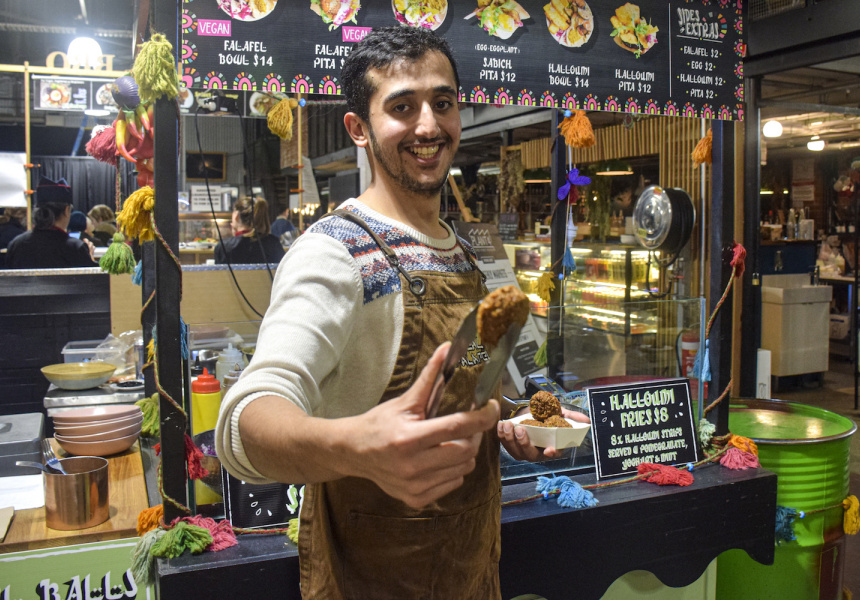 Since moving to Adelaide from Saudi Arabia in 2015, Mitch Aldawsari has made a name for himself producing some of the city’s best falafel.

His stall – Real Falafel – now has a presence in the Adelaide Central Market and Plant 4 Bowden and pops up at events such as Womadelaide. And word of his specialty – crisp, fresh, bright falafel in pita pockets and bowls with fried potato, hummus, pickled cabbage, tomato, cucumber and tahini – is spreading.

So much so he’s moving his market stall into a bigger and better site to meet demand, and introducing a wider menu involving breakfast, coffee, and deli products for sale.

The new stall (previously Piroshki Café) will open in mid-October peddling Aldawsari’s existing menu as well as organic coffee and classic Middle Eastern breakfasts such as shakshouka and sabich (pita stuffed with boiled eggs, eggplant, salad, tahini and amba sauce, a tangy mango chutney). It’ll also incorporate a deli, with products used in the menu – such as Aldawsari’s falafel, hummus and vegan haloumi – available for sale.

He’s got bigger plans, too. Long-term Aldawsari wants to open Real Falafel stores across the country. He’s come a long way from working in real estate in Saudi Arabia.

“I’ve always thought differently to where I came from,” he says. “I left because of my sexuality and I don’t believe in their religion. Here I could be more free. I didn’t know anything about Adelaide but I’ve been very lucky. My life is the way I want.”

Real Falafel will open at Stall 3/4 in mid-October. Keep an eye on Broadsheet for updates.