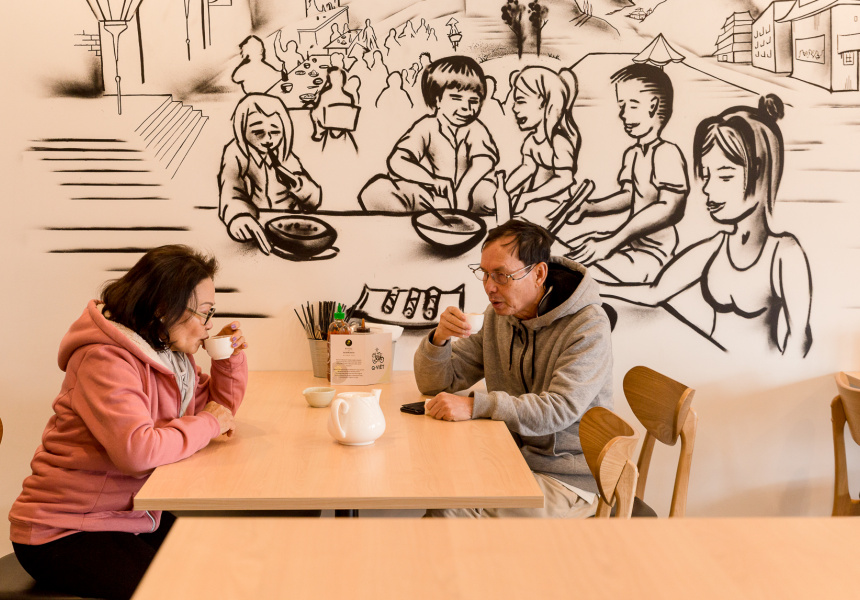 The north-west has long been synonymous with Adelaide’s best Vietnamese food. And competition is stiff. On an otherwise unremarkable street in Woodville Gardens, once presided over by Sing Sing Restaurant, you’ll find the recently opened Q Viet.

Ownership ties together four Vietnamese families who supplement ubiquitous classics with home-style dishes that are less so. “There are so many dishes Vietnamese people eat at home that don’t show up in restaurants,” says co-owner Long Dinh, who also runs Cafe Saba at Norwood.

Flicking through the six-page menu, he points straight to the banh canh cua tom. Submerged in chicken broth are crab meat, prawns, pork hock and round rice noodles with tapioca kneaded into them. The noodles have to be outsourced because the dough is too time-consuming to make by hand, Dinh says, and “a machine set-up would be a few-hundred-thousand dollars”. “This [dish] was actually really famous at the restaurant that was here before,” he adds. “Since they closed no one else really makes it.”

“There are a billion pho places around at the moment,” Dinh recognises. Each family brought their slightly different beef-broth recipe to the table. “After a lot of taste-testing we finally decided on a formula,” he says. Choose from three sizes – small, large or extra large – and six variations including the classic pho tai (rare sliced beef), all-in pho dac biet (rare sliced beef, beef balls, tendon, tripe and slow-cooked brisket, and pho ga (chicken). Pair it with a Vietnamese beer or South Australian wine.

For dessert, there’s fried ice-cream, pandan panna cotta and – soon – an “old-school” sundae, with a twist. Think Asian flavours such as the often-divisive durian.

Sydney design studio SODO – SOPA, headed by another of Dinh’s relatives, helped freshen up the place. Once-cherry-red bricks got a lick of white paint. Alpine-oak benches line the walls in one room, playing to Dinh’s “Scandi-style” brief. If your pho-slurping neighbour doesn’t haul your mind back to Southeast Asia, a Vietnamese streetscape in the adjacent room will.