The limited release is “Christmas pudding in a glass” and it’s guaranteed to sell out soon. 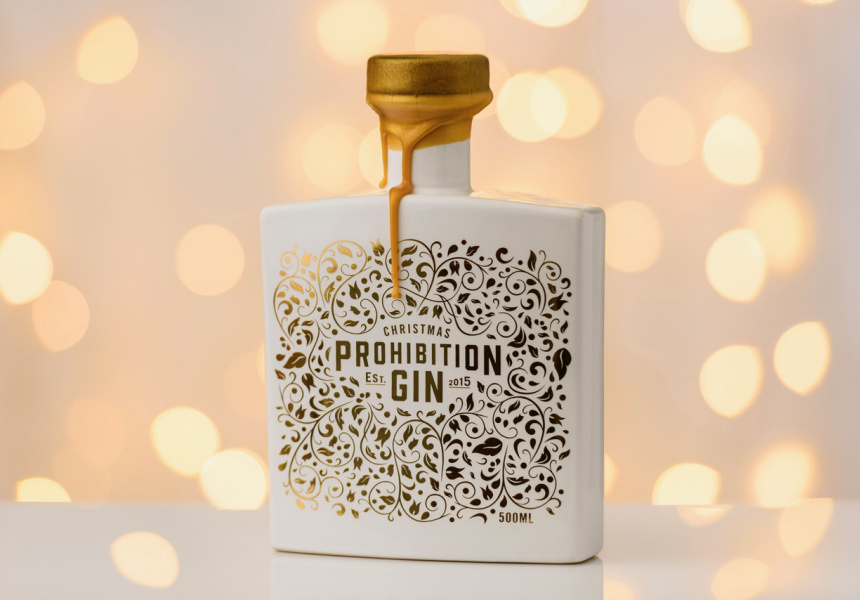 Adelaide’s Prohibition Liquor Co is bringing back its limited-edition fruity, spicy Christmas gin, and you’d better be quick if you want to get your hands on it.

Last year the festive drink sold out within weeks of going on sale – despite tripling production on the year before. And this year looks to be going a similar way. Despite doubling production again, 2000 of the 4000 bottles have already sold from pre-sales.

“The product is reaching a bit of a cult status around Australia; every year we double production and every year it sells out before December,” co-founder and creative director Adam Carpenter said in a press release.

This year the gin ($125) comes in a delicate white and gold ceramic bottle made by Wade Ceramics, a traditional porcelain manufacturer based in Staffordshire, England with royal ties.

“As the ceramic manufacturer to the queen, they are known around the world for their quality. It’s definitely a no-compromise product,” says Carpenter.

Head distiller Hugh Lumsden describes the festive offering as “Christmas pudding in a glass”. It’s a blend of Australian Dry Gin with macerated cherries, figs, cinnamon, nutmeg, cloves and a gentle anise, with extra botanicals, including vanilla, to add softness.

“It’s almost a liqueur, it’s so rich, syrupy and decadent” says Carpenter. “It definitely transports you to those fond memories of everything Christmas.”

Serve it over ice or ice cream for a boozy Christmas dessert.

Prohibition Liquor Co.’s Christmas gin is on sale now. Order it online or try it at the Prohibition Tasting Room on Gilbert Street.