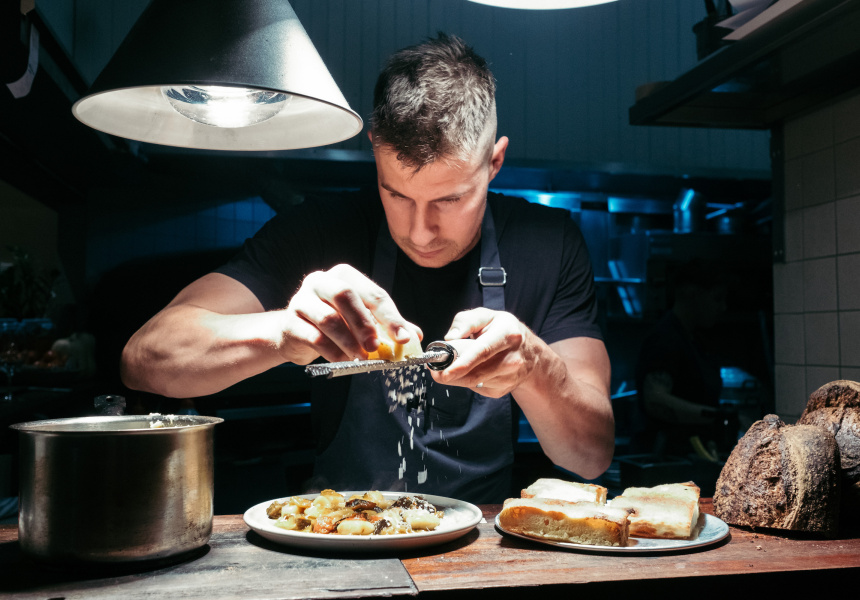 Max Sharrad at The Pot

Photography: Image courtesy of The Pot
1/2 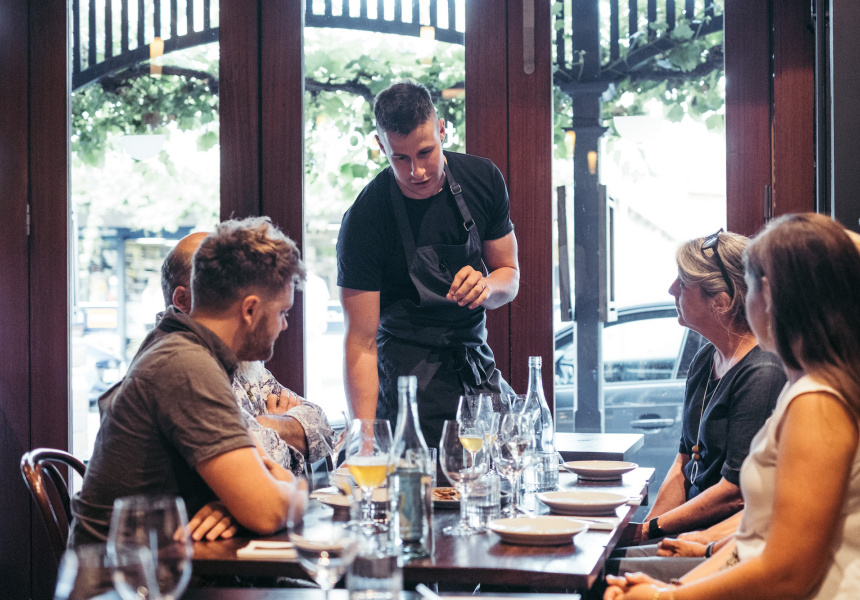 Max Sharrad at The Pot

Photography: Image courtesy of The Pot
1/2
by Daniela Frangos
Share

The Hyde Park institution has continually evolved over its two decades, from its initial iteration as fine diner The Melting Pot to the relaxed neighbourhood bistro it is today. Its stellar crew of alumni includes Peel Street’s Jordan Theodoros, Herringbone’s Quentin Whittle, Emma McCaskill and Adam Liston, who has stepped back from his role at The Pot (after taking the reins last year) to focus on Shobosho full-time.

Head chef Max Sharrad – who was named Young Chef of the Year in the 2018 Appetite for Excellence awards – now has complete control of the kitchen. “The Pot as a brand has changed hands quite a few times over 20 years and everyone has left their mark in a way,” Sharrad tells Broadsheet. “It got a little bit confusing as to what it was we did.”

When Sharrad moved across to The Pot from Shobosho last year, he and Liston wanted to craft a menu of “modern takes on Italian dishes”: pizzetta, panini and pasta with Japanese twists. Nido won’t stray too far from that, but it’ll adhere more strictly to the Italian brief and feature some “homely style” dishes to befit the restaurant’s suburban setting. “We all came to the conclusion that it wasn’t really working so we had to find a very clear direction and point the ship in that direction,” says Sharrad.

The kitchen is now focused squarely on pasta, which is hand-rolled each day. “It has to be something the locals will gravitate towards,” says Sharrad. “A lot of pasta and a lot of grilled meats: things like ragu and rich, hearty [dishes] in winter … and we’ll freshen it up in the warmer months. What you’ll be getting is things you want to eat at home but you couldn’t necessarily make the time for. There’ll be some speccy dishes as well as more down-to-earth stuff.”

Alongside familiar comfort food such as “rich and delicious” lamb ragu with peppers, there’ll be beetroot tortellini with pesto sauce made from beetroot tops, and a single ravioli filled with egg yolk and smoked potato in a pool of jus and burnt butter. The menu will also feature bistecca carved at your table; acqua pazza (poached white fish in a light broth – literally “crazy water” in Italian); breakfast pastries baked daily; and stuffed focaccia known as trapizzino. “It’s something exciting I don’t think anyone [here] is doing the moment,” says Sharrad. “It’s like a cross between a panini and a pizza.”

Despite the Italian accent – and the arrival of new team member Chris Woodcock (who's also managing partner of Osteria Oggi), we’re assured this won’t be Oggi 2.0. Where the Pirie Street favourite was a concept largely driven by Kardachi, Nido is spurred by Sharrad’s Italian heritage. He’ll take inspiration from his family’s roots in Friuli-Venezia Giulia, a northern region that borders Slovenia and Austria. “A lot of polenta and gnocchi dishes come from up there,” he says. “I’m going there in July to do some recon. On the other side of that trip there’ll be a lot of stuff coming from there.”

Tied into his European jaunt will be a staging (internship) at former Noma head chef Matt Orlando’s Copenhagen restaurant Amass, a key component of Sharrad’s Appetite for Excellence win. “[It’s] purely to learn how they deal with waste,” he says. “That’s something I want to bring to the table and it’s also something that’s very Italian, minimising any waste. I’ve heard stories of [chef and Sharrad's girlfriend] Laura [Cassai]'s nonna scraping the breadcrumbs off her chopping board and putting them into her cereal,” he says with a laugh. “We’ll do our best to minimise waste – that’s not something we want to be preaching about – it’s just something we naturally want to be involved in.”

The Pot’s last service will be on Sunday March 31. Nido will open on Thursday April 4.