Until 2016 Solomon Street was just another disused West End laneway brimming with potential. Then Sunny’s Pizza and Fairweather happened.

They occupy two of three spots in the Powerplant Building – a former car park. “Polished-up” dive bar Cry Baby is the last piece of the puzzle.

“A big one for me was finding a spot that fitted what we wanted to do,” says owner Jon Di Pinto. “A dive bar would be weird on [Peel or Leigh streets].”

After eight years in the industry, chances are Di Pinto has poured you a drink or two. He cut his teeth at Jock Zonfrillo’s now-closed Street ADL (which became Bistro Blackwood), Bank Street Social and Hains & Co.

“I wanted to make sure I knew what I was doing before I just went and opened up a bar,” he says. Inspiration came from “pretty much any bar I’ve worked at or been into,” he adds. Plus those he hasn’t. “I thought ‘What does Adelaide not have?’ We’ve got awesome pubs and awesome small bars. Where’s that in-between area?” Cry Baby splits the difference.

“Melbourne bar Heartbreaker got the ball rolling. Though some people have said we’re trying to make Adelaide’s Heartbreaker. That’s not really it.”

Stroll through the black-penny-round-tiled entranceway and see “Cry Baby” stamped in contrasting white tiles. Two towering metal doors were purpose-built “then left outside ... to rust the shit out of them,” says Di Pinto.

A strip of pink LED lights wash over the black-and-white-tiled bar. In what Di Pinto calls the “party corner”, strike up a game of pool or throw a few bucks in the original ’72 jukebox. It’s chock-full of rock’n’roll-only records handpicked by Di Pinto. We spy the Janis Joplin tune (a Garnet Mimms and the Enchanters cover) the bar’s named after.

Despite a haul of 300-odd bottles of spirits, there’s no list. “I’ve bought single bottles of everything,” Di Pinto says. “If it goes, we’ll replace it with something else, or maybe the same thing if it works ... We’ve gone absolutely bonkers on tequila and bourbon.”

The one-page cocktail list is easy to navigate (“no house-made syrups”). House cocktail “London Calling” (gin, sherry and lemon juice) shares its name, fittingly, with the Clash’s late-’70s classic. “We’ve got it in the jukebox,” Di Pinto adds.

Food is fuss-free. Choose from two charcuterie-and-cheese platters: big or small. An American-style hot-dog cart is also on its way, with the promise of an annual hot-dog-eating competition. 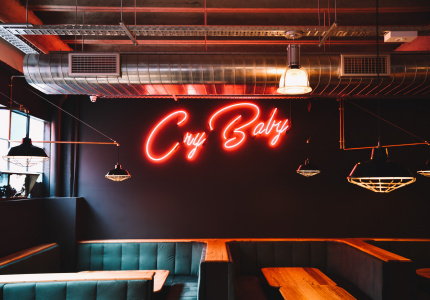 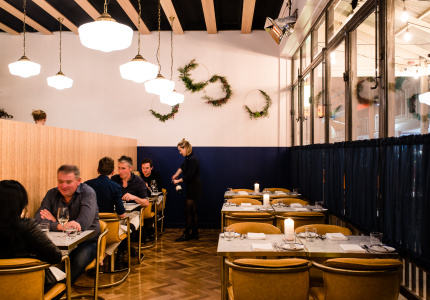