A pizza paradise in McLaren Vale. 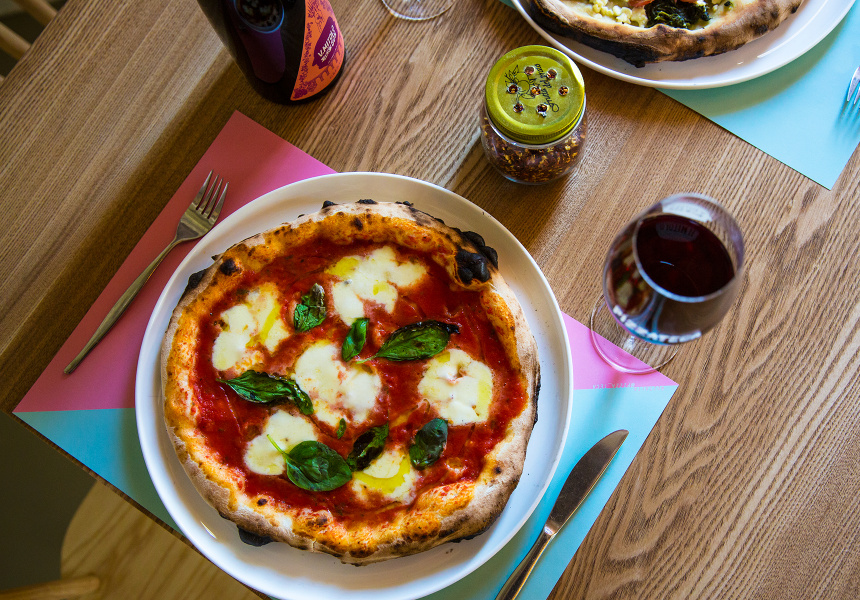 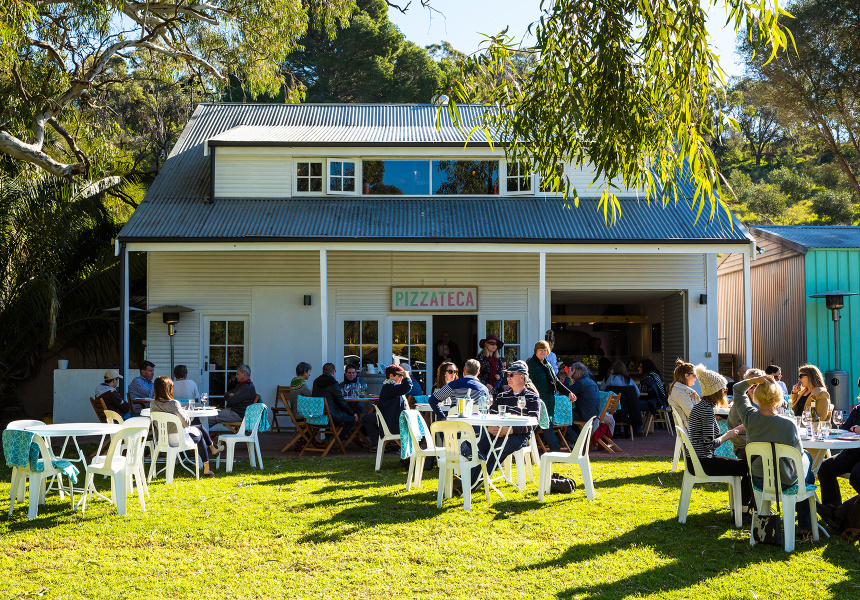 After a handful of successful pop-ups at Alpha Box & Dice, Pizzateca has evolved from its chipboard-booth beginnings. The permanent location is now open on a quiet strip of Chalk Hill Road in McLaren Vale.

It’s the venture of Tony Mitolo (who in another life was the drummer for Empire of the Sun and Pnau), his father Vito and their mate Tim Anderson. Mitolo junior and senior already worked together as winemakers under the guise of V. Mitolo & Son.

“My dad actually found the building up for rent on Gumtree,” Tony says. “When we first got the keys the walls were all dark and it felt uninviting. I tried to fit the whole place out myself but my dad intervened eventually and we hired some help.” The restaurant space and loft are now fresh and white with signature pastel pink and green accents.

A stubborn streak must run in the family, as many arguments between the Mitolos have been had over the style of margherita on offer. “We actually had to put two different margherita pizzas on the menu because Dad won’t do it my way and I won’t do it his,” Tony laughs. “My dad strictly wants sugo and fior di latte. That’s all.” Tony’s version comes with added garlic and fresh baby roma tomatoes. It’s listed as “Pomodoro” on the menu if you wish to compare the two.

An imported Italian wood oven sits in the corner, bringing to life the pizzas that Tony dubs “Oztalian.” Influenced by his time in the United States, Italy and here at home, he has borrowed from each country’s style to make one of his own. “The closest way to describe it would be Naples style but we use Australian tomatoes which is untraditional,” he says. “We want to keep it as local as we can.”

Wines from V. Mitolo & Son are on pour to match, or available to buy at cellar-door prices. The venue is currently only open on weekends but extended hours are on the horizon.

If you can’t make it south, check out the Pizzateca stall at the Alpine Winter Village until August 31.