The $15 million brewing facility will quadruple the brand’s annual production to more than 11 million litres. 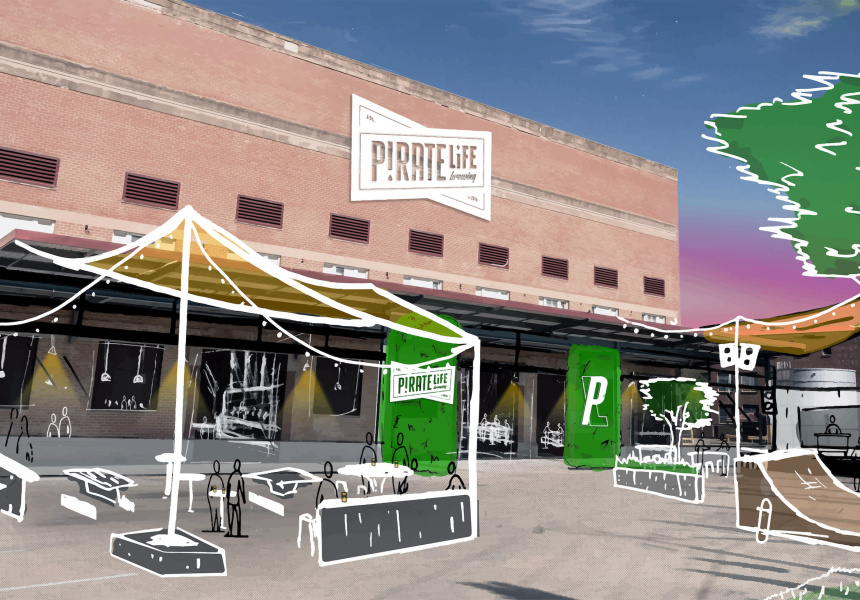 The next reveal came in December, when the booming craft brewer announced its sale to multinational brewing giant AB InBev, joining its stable of more than 500 beers (including Budweiser, Corona, Stella Artois, Beck’s, Carlton Draught and Victoria Bitter) and subsequently receiving a $10 million investment into the new site.

All the while founders Michael and Jack Cameron and Jared Proudfoot have kept the exact location of the new digs – which will include a 300-seat restaurant and bar – close to their chests.

Today, the state government has revealed the location: the 19th century woolstores site on Barlow Street. The $15 million facility will be one of the largest craft breweries in South Australia and almost quadruple the brand’s annual production to more than 11 million litres. It will also feature a new state-of-the-art brewing plant, with 100 per cent of its “purchased electricity” said to be sourced from renewables by 2025.

The state government will also contribute $2 million to the redevelopment through the Economic Investment Fund. Premier Jay Weatherill said the brewery would "create more than 80 local jobs" and "be a key tourism drawcard for the Port". He also added that the area has entered "a new golden era".

“Our decision to choose Port Adelaide and expand our business in South Australia was reinforced by the support we received from the state government and displays our confidence in South Australia,” said Pirate Life’s chief executive John Phinney in a statement.

“This project will help us deliver on our goal to continue making the best beers in Australia. We are incredibly excited about getting those beers into the pubs, fridges and hands of our friends all around Australia and the world.”

Pirate Life will continue to operate its existing site in Hindmarsh, which will get an upgrade and become a testing ground for new beers. “As we get more capacity we’ll expand the range,” Cameron told Broadsheet in December.

“Once we get Port Adelaide up and running our Hindmarsh site is going to be a brewery where we can really experiment and get creative – kind of push the boundaries of beer a bit more.”

Pirate Life will celebrate its third birthday on March 4 with a party at the Gilbert Street Hotel, complete with live music, DJs, new beer releases (including a new milkshake IPA), a dedicated gin bar and wines from Riot Rose, Tomfoolery Wines and Alpha Box & Dice.

The new facility is planned to open next summer.