The Pear Arrives in Alberton

A husband-and-wife team have converted their 100-year-old residence into a community-led cafe. 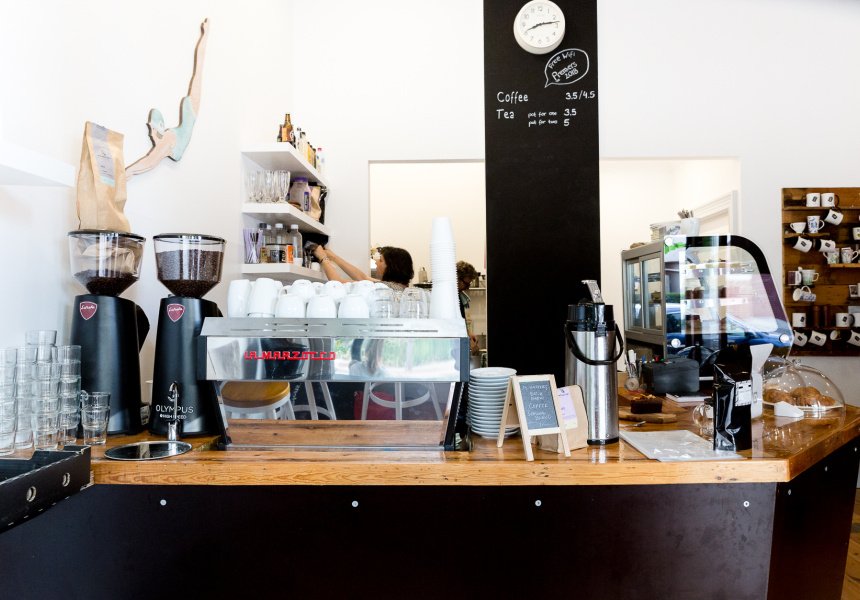 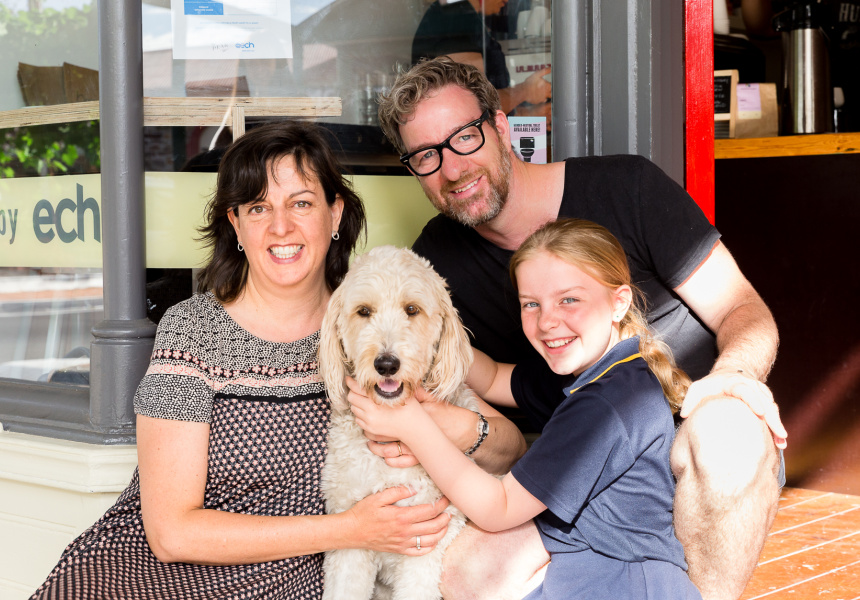 Too often we hear stories of residents raging against hospitality venues operating near their homes. Alberton locals Christie Anthoney and Joost den Hartog have gone a different route.

The wife-and-husband duo converted the front room of their 100-year-old vine-fronted residence into a 20-seater cafe. Then they went back to their day jobs (Anthoney is CEO of Festivals Adelaide and den Hartog is a business and media consultant).

They have effectively turned back the clock to a time when independent cafes were dotted throughout the area.

“When you say ‘community cafe’ people assume we have volunteers and it’s all a bit loose,” says Anthoney. “It’s a neighbourhood cafe and we have a hand-picked team we’re paying.”

The Pear, which opened in late January, is managed by a small team of locals – supported by Anthoney and de Hartog – and serves coffee and food “sourced as locally as we can,” Anthoney says.

The menu consists of “a fresh, interesting selection of things that are quite homey,” according to Anthoney. What she means is, they’re baked in people’s homes. “The woman across the road [has a company called] Lyon’s Den and supplies us with amazing cakes.” Then there’s the strawberry sour cream cake made by another local. It’s guaranteed to be sold out by day’s end.

The Pear also has a baker-in-residence program. “We choose a local baker to come and use the kitchen and facilities and ingredients – they tell us what they want and we get it in – and bake on the premises,” Anthoney explains. “There’s a Russian family whose grandma is coming next week. She’s making biscuits, but I’m not sure how to spell them.”

Sourdough is delivered daily, in big paper bags, by Soiboii’s Recco O'Connor. “He talks about them like they’re his children,” Anthoney says. “He always tells us why this one rose and that one didn’t.”

Coffee comes courtesy of Monastery Coffee Roasters. A batch brew is put on first thing each morning, while the espresso machine warms up. Anthoney herself is an unabashed decaf drinker. “I challenge people to try it and spot the difference,” she says. Another Alberton local, Brewed by Belinda, provides hand-blended teas.

From staff to suppliers, finding the right partners was always key to making the project a success. Anthoney reached out to prominent community organisations for support. The Port Adelaide Football Club (PAFC) and aged-care provider ECH both backed the couple’s vision of providing a venue that spoke truly of its community (the cafe is named after the PAFC slogan #carnthepear).

The proposal also received a $32,500 Fund My Neighbourhood grant from the state government. “I think people are feeling really quite chuffed that there’s something like this in their neighbourhood,” Anthoney says.

There’s a mug wall for regulars to park their cup at. ECH produced mugs for all their members in Alberton. One of the cafe’s first patrons, former Premier Jay Weatherill (another local), stores his own “Jay” mug, gifted to him by ECH, on-site.

We’re stoked that venues like this are flourishing in the outer suburbs. Anthoney doesn’t consider hers a “destination, drive-down-from-Adelaide cafe,” but we’re confident it will draw a crowd from around the city, not just from around the corner.