A Parisian Boulangerie is Coming to North Adelaide

Cliché Exhibition enters the pastry market – in the space next door. 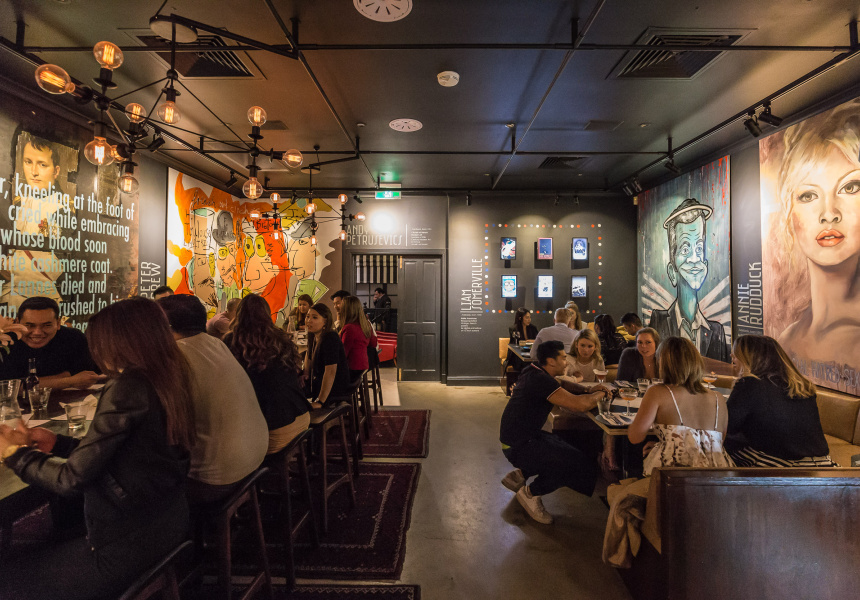 Good things come in small packages: caviar, truffles and in less than a month, Cliché Petit, a 15-seat Parisian-style boulangerie that will adjoin its bistro and art gallery sibling Cliché Exhibition on O’Connell Street.

Though it’s gone untouched for nearly three years, “The [next-door] space has always been ours,” Cliché co-director Nathan Nababan tells Broadsheet. “We’ve had the idea [for a boulangerie] from day one but it’s been on the backburner until everything else was in place. It was a matter of finding the right time.”

That time is now.

“What we don’t want now is to come across as two distinct places,” says Nababan, so much so they’re knocking down a chunk of the wall. Two venues rolled into one, literally. With a joint 85-person capacity, the two-pronged Cliché will service Petit’s offerings by day and Exhibition’s offerings by night. It’ll be licensed from 9am.

A kneading table will be the hero of Cliché Petit’s open kitchen, where French-born patissier Clement Labaere will roll out baguettes, flaky croissants and petite pastries fresh daily. It’ll moonlight as a dessert kitchen.

An all-day breakfast menu will run alongside “pedestrian food offerings”: baguettes with fillings such as pork roulade; chicken with ratatouille; and the classic ham, cornichons and fresh butter. Coffee will be courtesy of Five Senses.

“People have a misconception about French food being flashy,” says Nababan. “A lot of it’s actually quite simple. It just gets made more flashy to cater to an Australian market.”

The bistro is mixing it up, too. Abandoning the French-Vietnamese dishes currently on offer, the new menu will “just fly the French flag,” Nababan says. Executive chef Fabien Streit will retain the all-time favourites while integrating charcoal into his French cooking.

Cliché’s moody dinner vibe will be “brightened up” to cater to a daytime crowd, with a newly curated set of artwork. The upstairs dining area will stay as is.

Cliché will be closed for renovations from Monday July 3 and reopen for dinner on Friday July 14 to coincide with Bastille Day. The next-door boulangerie will open early the next week.