“Our Story Here Has Drawn to an End”: After Nine Years, Parwana’s CBD Sibling Kutchi Deli Has Closed

The fast-paced spin-off of the popular Torrensville restaurant has shut its doors for the last time. Farida and Durkhanai Ayubi at Kutchi Deli in 2017 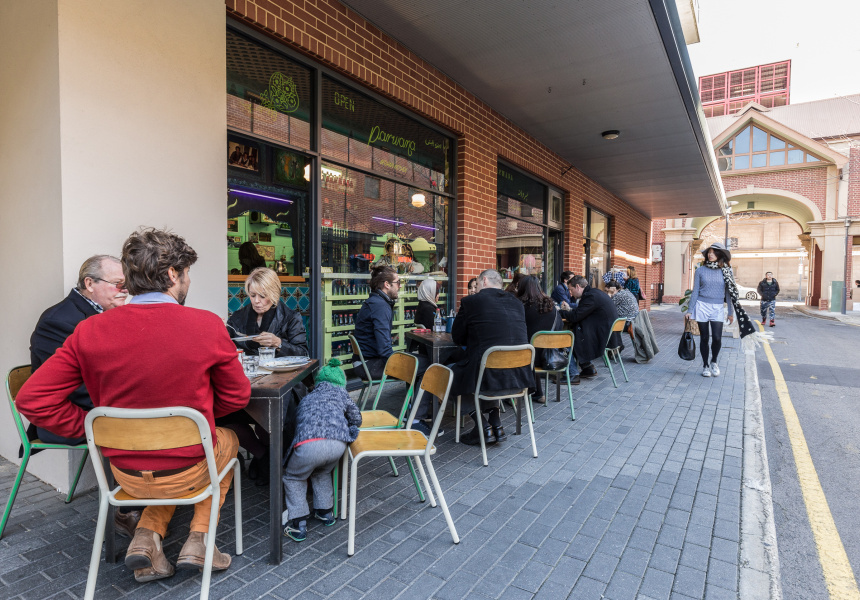 It’s a blow for the city’s lunch scene – the deli’s menu of mantu, curries, slow-cooked meats and filled flatbreads having long brightened up the weekday for many CBD workers. But as Durkhanai Ayubi – who opened the eatery in 2014 and has remained a constant presence behind the counter since then – tells it, “It’s actually really positive.”

“I’ve been there nine years, and at the time it was this next step – it helped us introduce Parwana and our food and Afghan cuisine to the city crowd,” she tells Broadsheet. “We’ve been building up to ‘What can we do next?’ and ‘How do we grow and adapt, and keep that ethos up of sharing Afghan cuisine and everything that comes with it?’

“So it just came to an organic and natural space where we were ready to move on. Obviously so much has happened with Afghanistan, and we had to shift and change roles a bit. Food has always been this amazing way for us to connect with our community and tell deeper stories of Afghanistan, and we’re just thinking about how we create space to do that differently moving forward as well.”

For those who want those answers now, you’ll have to wait a little longer. “I don’t want to say just yet,” says Ayubi. “Other than we’re going to take some time and do some thinking and replenishing and having a bit of rest. It’s really hard work, hospitality, and it’s been a pretty intense couple of years for everyone in the industry. So I’m not rushing into anything – other than there are seeds planted and things happening, and I’m just going to let it unfold.”

When they first opened Kutchi Deli, as Ayubi told Broadsheet in 2017, “My sister and I thought it would be cool to push it into a different market which is a bit faster, a bit younger, a bit more kitsch but still the same good food.”

Since then the Parwana story has reached new eyes and ears, thanks in part to a cookbook released in 2020 – a collection of recipes and a detailed retelling of Afghanistan’s political and cultural history over the centuries, as well as the journey of the Ayubi family, who fled Afghanistan for Australia in 1985, at the height of the Cold War.

The Parwana brand has also spurred the sweet spin-off Shirni Parwana, a dessert catering business and market stall run by eldest sibling Fatema Ayubi, who has plans to open a dedicated shop at Plant 3 soon.

Reflecting on Kutchi’s impact, Ayubi says she has “so many different feelings”. “I feel first of all really grateful, because it was an amazing way to connect with Adelaide and I feel like we were a deeply embedded part of the east end, so that gratitude is mixed with a little bit of sadness and nostalgia already … I’m definitely going to miss it all, but I’m also looking forward. Overall, it’s very positive.”

A message was posted on Parwana’s Instagram account last night, stating that the Kutchi story had “drawn to an end”.

“We have always been motivated by a simple idea – to share the flavours, beauty and rich stories of Afghan cuisine and culture with our community, in a way that captures how we live and know it – with its bold colours and love for art, with the nearness, generosity and reciprocity that is at its heart. Kutchi Deli has been a pivotal and joyous part of allowing us to live that vision,” the post reads.

“As we adapt and grow, this same vision is taking us on other paths, and we look forward to continuing to share that with all of you.

“Our deepest thanks to the many of you who over the years have sat, stayed, smiled and eaten with us – thank you for your support and for sharing with us in our love for Afghan cuisine and all it holds. We’ll see you again soon, as the shared chapters of our stories continue to unfold.”