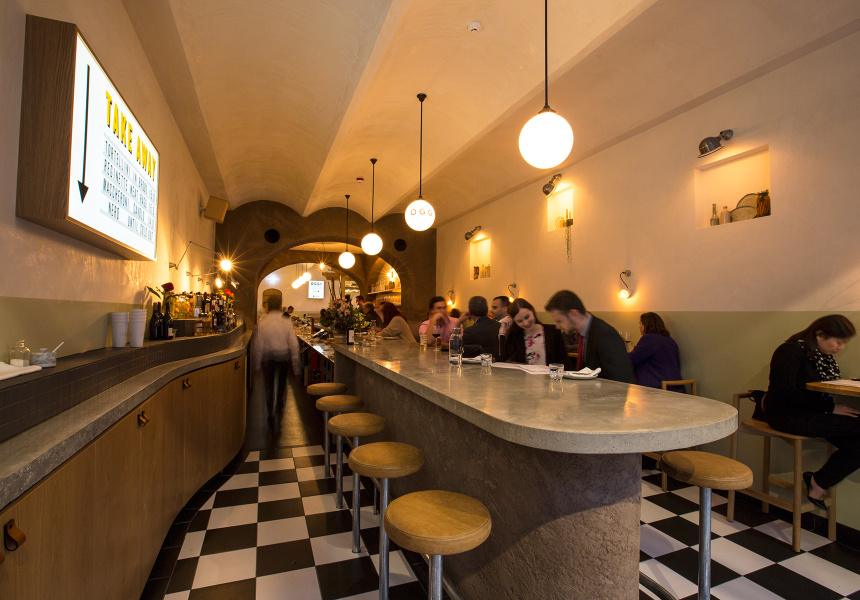 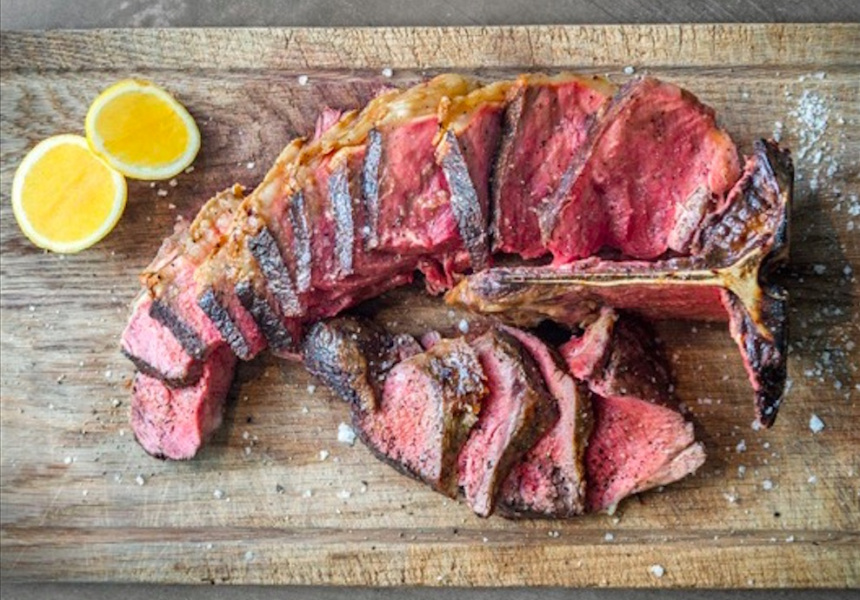 Most people don’t know it’s there. A seat in the underground cellar room below Osteria Oggi’s kitchen is a coveted affair. It’s where diners are served a King Henry pork rack and dry-aged Chianina, in the form of a giant T-bone steak designed to share.

“We wanted to do something down there that you can’t get in the main restaurant,” says managing partner Christopher Woodcock. “The specialised pieces of meat are entwined within the tasting menu but that big main course is the show stopper.”

The private, split-level room is also a fully functional cellar. “All the wines we serve in the restaurant are in there,” Woodcock says. “There’s a large round marble table. It weighs a tonne but we managed to get it in there.”

This cellar is a quiet hideaway in a bustling contemporary Italian restaurant where food is best shared and volume levels are high. “The space is great for corporates who want some privacy,” Woodcock says. “Or just for people who want a really great feed.”

And it’s really great feeds that Oggi does best. Pasta and gnocchi is made fresh on the premises each day, wood-smoked slow-roasted meats and fish come in big serves, and formaggio is presented on its own trolley.

As spring approaches, the menu is getting a facelift. “The larger formats will change,” Woodcock says. “A few new pastas, smaller dishes, and a new bar snack menu because we’ve got a new outside table.”

“It’s been a roller coaster of a ride but I’ve thoroughly enjoyed it,” Woodcock says. “There was blood, sweat and tears trying to get it open and setting it up from scratch but as soon as we opened the doors it just kept growing.”

The restaurant is fully booked two weeks in advance for Fridays and Saturdays, but seats at the entrance and along the large concrete bar are available for walk-ins. A new table on the street seats 14 and will be popular for drinks and bar snacks as the weather warms up.

The studio-gram-designed space has some serious brag rights. It’s one of 11 shortlisted entries in the World Interior News Awards to be announced in London later this year, and it won the Robert Dickson Award for Interior Architecture  SA Architecture Awards, and the Gold Award for Built Environment in the 2016 Design Institute of Australia Awards.