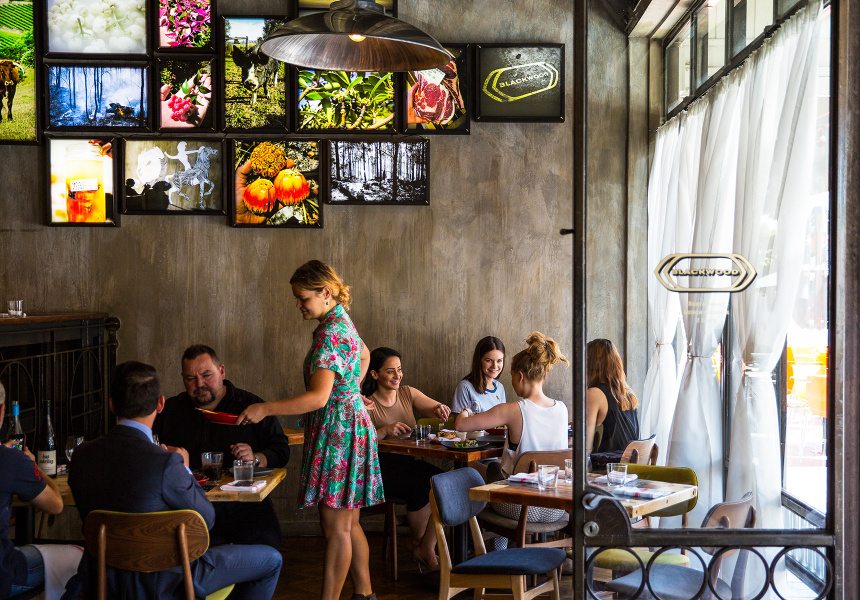 The casual counterpart to upscale fine diner and Australia’s Restaurant of the Year, Orana will get a swift floor-to-ceiling refit including white marble tables, leather banquette seating and an open kitchen.

The re-design follows the departure of head chef Shannon Fleming earlier this year. It's the second major change for the ground-floor level, after Blackwood replaced Zonfrillo's relaxed bar and eatery Street ADL in March last year.

“Bistro Blackwood will be a place for everyone,” Zonfrillo said in a statement. “We’ll serve a seasonally evolving menu with daily specials drawing from the same indigenous ingredients and techniques that we bring to life at Orana. It’s the same style, but more approachable and there’ll even be something for kids.”

Orana’s head chef Sam Christopher will now work across both restaurants to continue to champion Zonfrillo’s sustainable food philosophy. “Blackwood is unique because it fits into the ‘bistro’ pigeonhole without compromising the chefs’ creative liberty,” says Zonfrillo. “We’re executing Blackwood in a way that’s meaningful, which is part of the rich fabric we’re hoping to build.”

Dishes will include smoked Goolwa pippies dressed with crème fraîche and beach succulents; fire-pit chicken with cos salad; and steak tartare. A 40-strong, low-intervention wine list will lean towards local producers. Guests wanting to splash out can order off Orana’s 400-bottle menu, selected by sommelier Brent Mayeaux.