In a 2017 chat with Broadsheet Vinteloper winemaker David Bowley hinted at “something really epic” he was launching with several Adelaide Hills producers.

At the time he couldn’t say more. But we suspected he was talking about the long anticipated food-and-drink juggernaut from Mismatch Brewing Co., Adelaide Hills Distillery, Hills Cider Co. and Ashton Valley Fresh. Rightly so. Late last month the team confirmed his partnership in Lot 100 – an ambitious all-in-one brewery, distillery, cellar door and restaurant just outside of Nairne.

“I’ve been sitting on it for a long, long time,” Bowley tells us 16 months on. We’re standing on the sprawling 84-hectare agricultural property – now the site of a $4.5 million production facility and cellar door for the five brands – with three of his business partners: Ewan Brewerton and Leigh Morgan from Mismatch and Toby Kline, who has a hand in Mismatch, Adelaide Hills Distillery and Hills Cider Co.

The idyllic property is dotted with haystacks and grazing cows and lined with apple orchards that supply Hills Cider. Hop plants will soon be cultivated for Mismatch’s beer, and a soon-to-be-planted kitchen garden will provide for the restaurant.

The production facility – a 35-hectolitre brewhouse and distillery with some “small-batch cider tinkering” – has already been in operation for 12 months. But the team is finally gearing up to open the doors to the public. 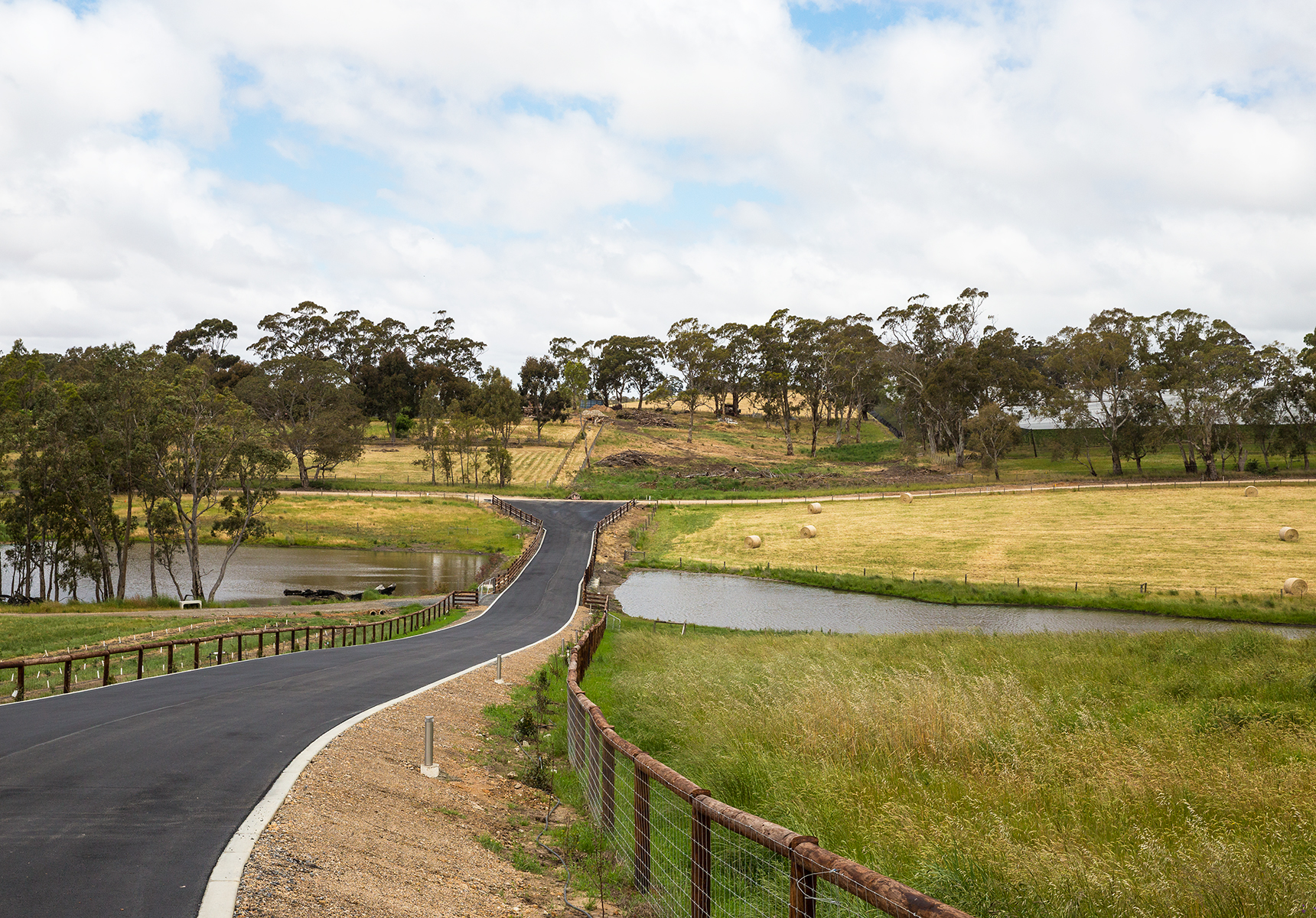 They’ve waited a long time. No one more so than Brewerton, who had been seeking his own brewery since launching Mismatch in 2013. Until now Brewerton and his team were “gypsy brewers”. “We brewed at other people’s sites and we never had full control,” says Kline.

The desire to introduce a lager to the portfolio spurred action. “Lager is quite an interesting thing – I always say it’s like the brewer taking their clothes off. You can see all the impurities or faults ... or beautiful parts.

“We wouldn’t undertake making a beer like that somewhere else because you don’t have hops to hide any of the faults. You can add a little bit but you can’t over hop it. For us it was very important to have that control so we could have consistency and increase quality.”

“We didn’t have control of the water either,” adds Brewerton.

At Lot 100, they’ve installed a $750,000 wastewater treatment plant (“the biggest and most expensive part of the project,” says Kline) featuring a custom-drilled bore and reverse osmosis unit that demineralises the water. It mightn’t seem terribly interesting at first, but when you’re dealing with booze such as beer and gin that’s mostly water, the impact on the final product is huge.

“If you don’t take your water seriously, do you take your product seriously?” asks Kline. He and the team are aiming for zero wastewater:

With a bigger brewery comes a bigger team. Brewerton has hired people from all over the world, including London, the United States and an ex-Young Henrys brewer from Sydney. Production has now increased by 75 per cent. “We’re ready to hit it and hit it hard,” says Brewerton. 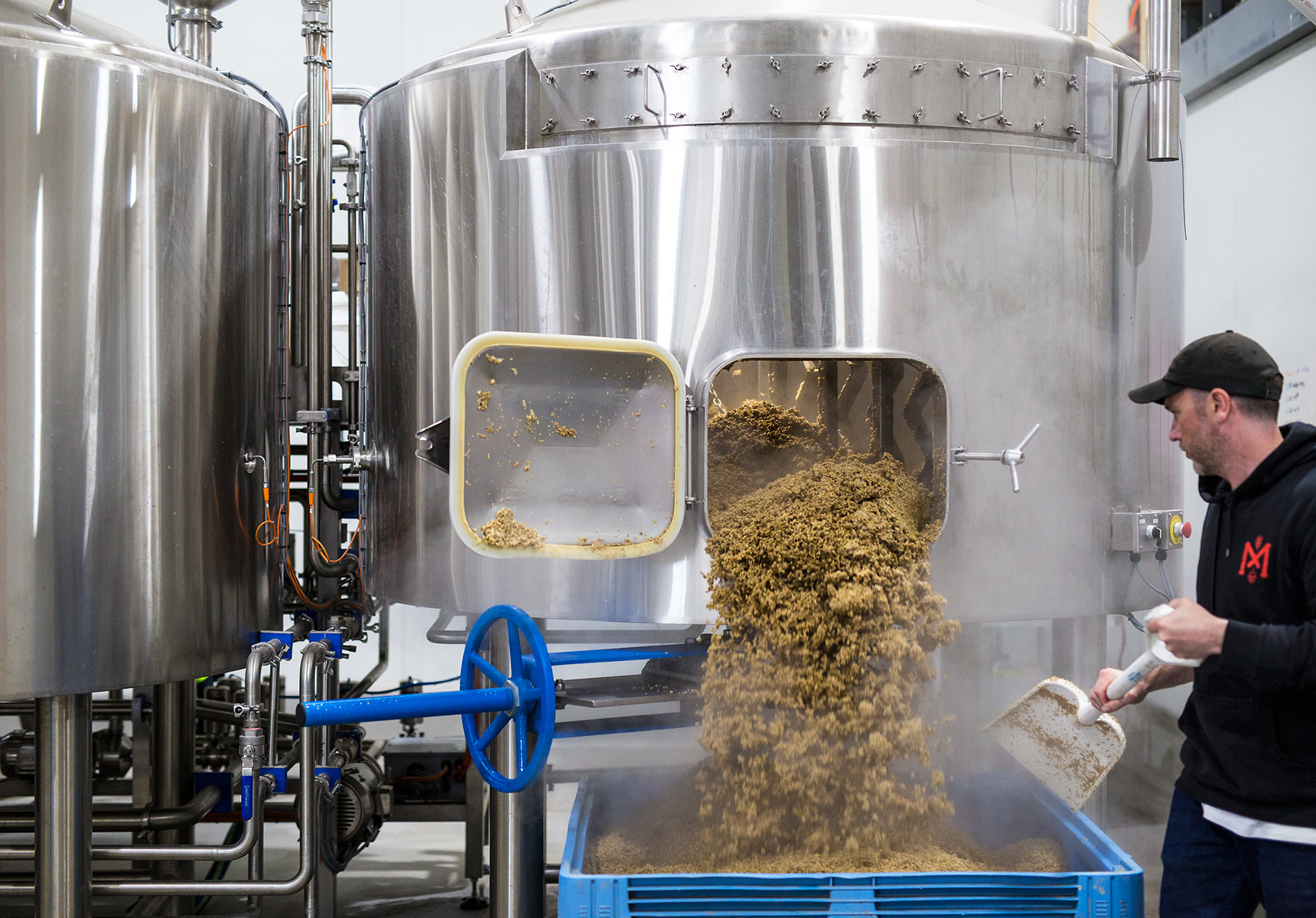 When Broadsheet visits, the brewery is in full flight. Brewerton and his team are steeping or “mashing” malt to make Mismatch’s hugely popular session ale. The sugary, malty liquid it produces (known as wort) is then fermented with yeast to turn it into alcohol. The “spent grain” (an abundant by-product Brewerton calls “cow cocaine”) that collects during this process will be used to make bread for the restaurant.

An ethos of low waste is a recurring theme and a value shared by all five brands. Every decision that’s been made was considered “the right choice”, says Kline. “Most people would call that the most sustainable choice.”

On the other side of the warehouse, Adelaide Hills Distillery is elevating its whiskey program. The barley can now be traced “back direct to the farmer”, says Kline. The distillery’s experimental Native Grain Project is trialling native ingredients such as wattleseed, kangaroo grass and saltbush seed.

Overlooking production on both sides is a mezzanine bar built by carpenter Sam Weckert. Here, visitors will be able to participate in masterclasses, tastings and blend-your-own workshops. Beneath it, a lab will allow the team to test yeast strains and varieties “that don’t normally get used in brewing”, says Kline.

Bowley will continue to make wine on his own site just outside of Lobethal. “Beer production has to be super clean, no contaminants. Not to say wine production is dirty, but they’re not a very nice marriage.”

Instead, the restaurant will double as a cellar door for his and the rest of the group’s labels. “This is a project several years in the making so I’ve been stashing things away for several years,” says Bowley. 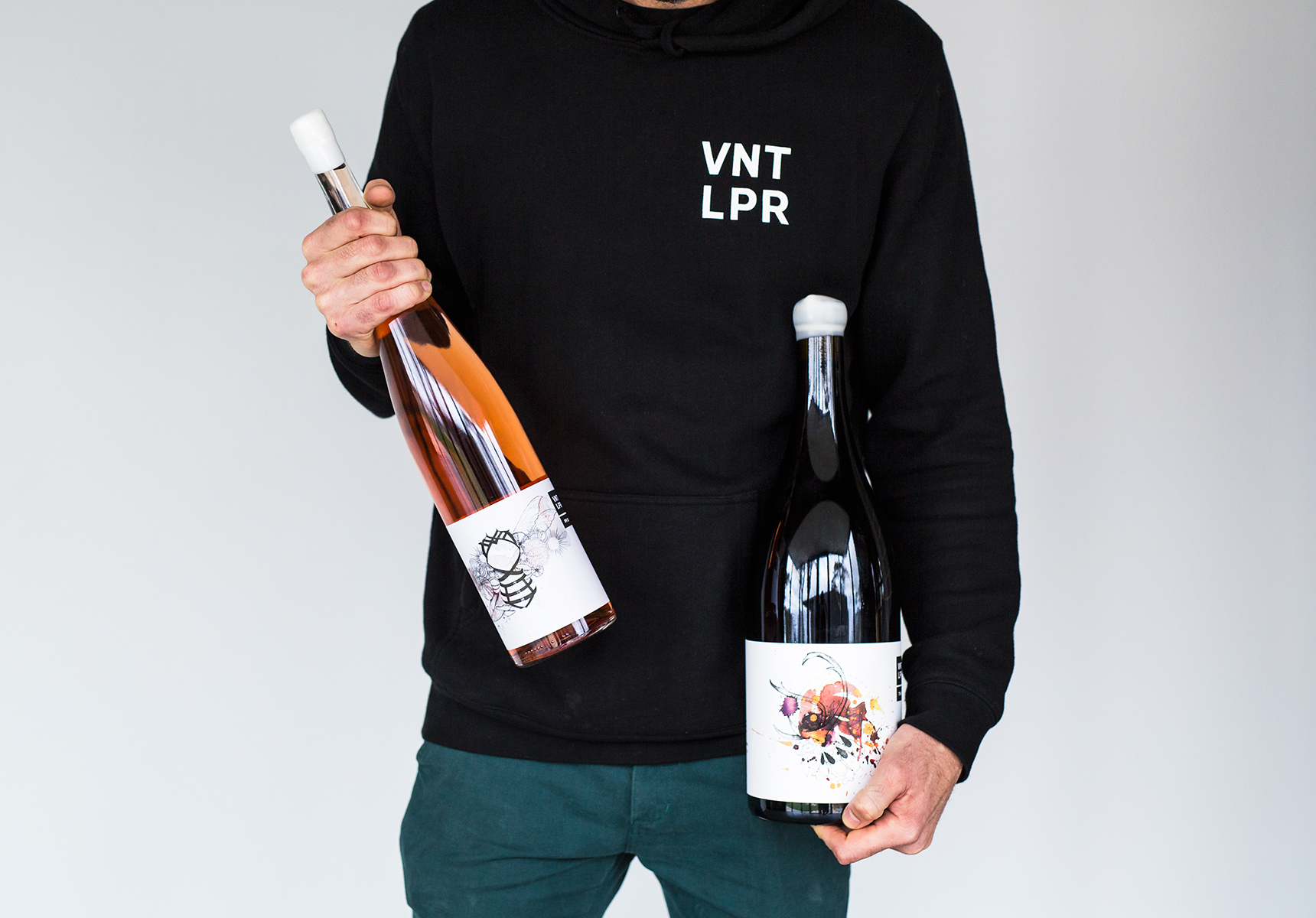 “We’re going to have a real focus on the unreleased, the never-seen-before, the back vintages, the trophy-winning wines, larger formats … magnums and double magnums. This is a venue that’s going to have groups of 20 people coming for lunch, so we’ve got big bottles of wine to put on their big table. And you can’t buy those wines elsewhere.”

There will also be limited-release brews and gins, and 40 beer taps. “We want this to be a destination where you’re here for the whole day,” says Morgan. That won't be hard to do.

The restaurant will be open for lunch from Thursday to Sunday – for now. Expect those hours to increase in the coming months. Tom Bubner will come over from city hotspots Pizza e Mozzarella Bar and Chicken & Pig to head the kitchen; expect “honest” paddock-to-plate food cooked in the wood-fired oven or given a lick of flame and smoke over the wood pit, which sits pride of place in the centre of the kitchen. It'll burn local red gum collected from properties around the Hills.

The space was devised by Frame (who designs both Mismatch and Adelaide Hills Distillery’s labels) in a sharp turn from their usual graphic design jobs. The brief? “Fancy shed”, says Kline. The result is all timber panelling – from the walls to the ceiling – matte-black roofing and polished-concrete floors (with underfloor heating for crisp Hills winters). The restaurant, cellar door and courtyard will also serve as a function space.

And if all that isn’t enough to keep the team busy, an amphitheatre – which is still being shaped out – will eventually be the setting for live-music events.

“This project will probably never finish – it will keep on rolling on,” says Kline.

Lot 100 opens to the public on December 8 with a launch party featuring a tour of the venue, live music, roaming canapes and a drink on arrival. More information here.