Ali Currey-Voumard, former executive chef at Tasmania’s acclaimed Agrarian Kitchen Eatery, is the third and final chef-in-residence for the Adelaide Hills restaurant before a new head chef takes the reins. 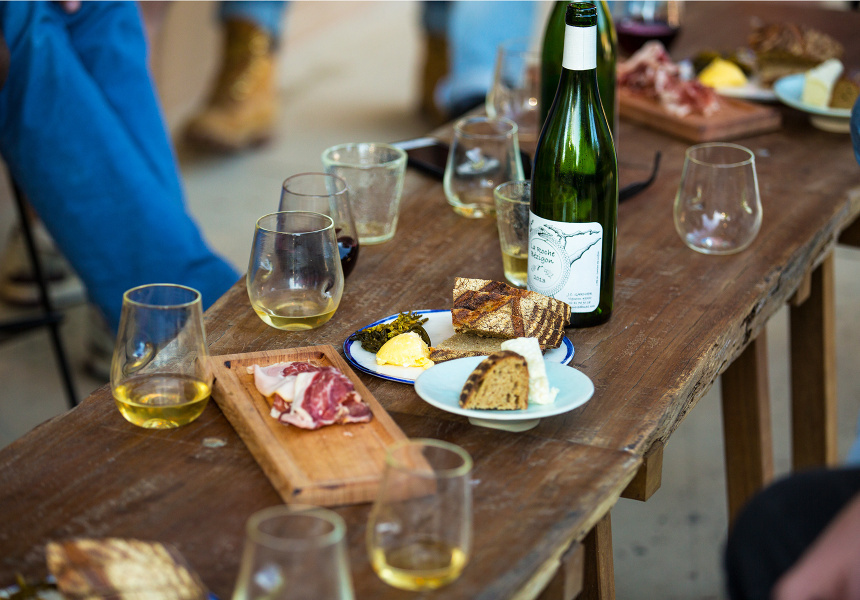 The Summertown Aristologist’s love for Tassie talent continues this month with the appointment of award-winning chef Ali Currey-Voumard (ex-The Agrarian Kitchen Eatery), who’ll head up the kitchen for a two-month residency.

Following the departure of chefs Oliver Edwards and Brianna Smith last year, the singular Hills eatery has enjoyed guest stints by chefs-in-residence Luke Burgess and David Moyle, who made their mark at influential Hobart restaurants Garagistes and Franklin, respectively.

The pattern continues with Currey-Voumard, who made a national splash at The Agrarian Kitchen Eatery, a sustainable cooking school and restaurant in New Norfolk, where she worked her way up from volunteer to head chef. Since leaving her post at The Agrarian Kitchen, she's done a stint in France, working under chef Harry Lester at Le Saint Eutrope for five weeks. She’s currently in a temporary role as sous chef at Franklin.

“I’m friends with Luke and Dave, who did the previous residencies, and I’d just gotten back from Europe and was trying to figure out what to do with myself,” Currey-Voumard tells Broadsheet. “I spoke to Luke and he told me what a good time he had, and I thought, ‘Shit, I guess I’ll ask if I can do it too’.”

The chef lands in Adelaide next week before her first service on Friday February 21, and she’s itching to see what’s growing in the kitchen garden. “They’re super produce driven and growing all their own stuff, which is awesome. I think it will be a really natural, easy [fit]. I want to chat to [the team], too, and see what they feel is good and well-received and merge our ideas.”

She’s yet to lock down any dishes but promises they’ll “feature heavily what’s in the garden with some little protein-y bits to complement”. “I’m a huge sucker for anything classic and romanticised, so people will see some really classic dishes on the menu – in a good way.”

After her residency, the kitchen will be led by Tom Campbell (ex-Africola), who joined the team last year after a stint at Leroy in London. It’s not the only change. Since opening in 2016, the Aristologist has progressed from natural wine bar with thoughtful snacks to destination diner. Last month the restaurant dropped its à la carte option to offer a set menu exclusively.

Ali Currey-Voumard will be at the Summertown Aristologist from February 21 to April 12.