It’s a “pub in wine-bar skin”, with a rotating cocktail list; house-made fig marmalade with cheese; and a laid-back courtyard for long afternoons. 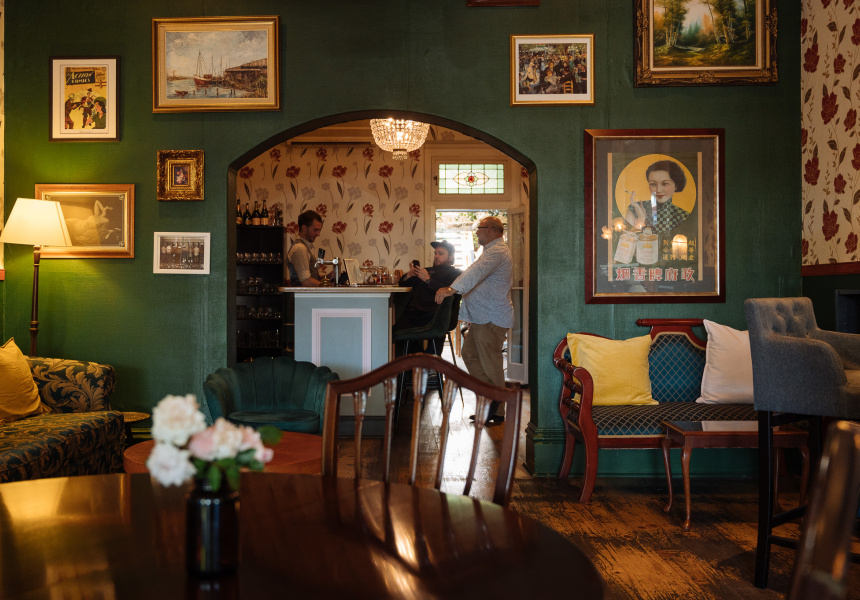 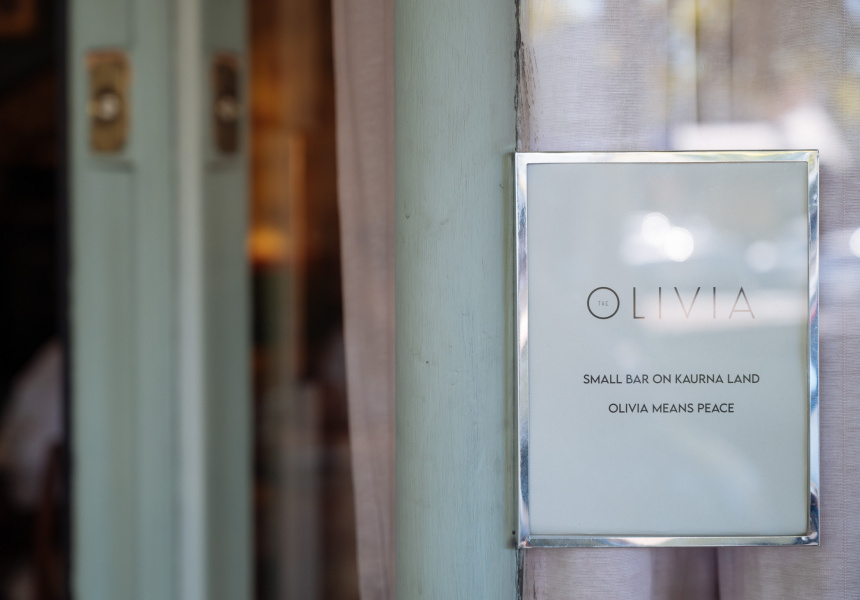 It's not a hotel. According to co-owner Simon Schumann it's not exactly a bar either. He describes his new venue, The Olivia Hotel, as a “pub in wine-bar skin”. Schumann quietly opened the charming watering hole with sister Brette Schumann and friend and bartender Jack Wilkes (ex-Pollen 185) at the end of last year, replacing Good Life Modern Organic Pizza. Before that, the space was home to Cheong Liew’s trailblazing restaurant, Neddy’s.

“Given its history, it was a pleasure breathing life back into the building,” says Schumann. “We wanted to bring in a little bit of Adelaide, so all the different bits and pieces [of furniture] … we’ve sourced them locally.”

Instead of bringing on a well-known designer, the Schumanns and Wilkes decided to embrace the building’s quaint, offbeat charm. They’ve kept the stained-glass front doors and original wooden floors. Op-shop finds and used furniture fill the rest of the space. There are velvet scalloped armchairs, wooden tables and vintage lamps. The fit-out is almost reminiscent of an old library, which is fitting, because Olivia is a reference to the character in Shakespeare’s Twelfth Night.

A rotating cocktail list will feature three classics at a time, such as a single-malt Old Fashioned; whisky and bourbon Sours; or a Negroni garnished with a eucalyptus leaf. “I love ordering drinks with Jack,” says Schumann. “I just ask him [what] something is, and he just tells me the entire history of the universe. He loves mixing drinks.”

The beer and wine lists will also change regularly. Right now, wine options include a Charlotte Dalton semillon, a Brave New Wine shiraz and a Gentle Folk pinot noir. As for beer, there are brews on-tap from Little Bang, among others.

The back of the bar opens to a sun-filled courtyard, with stairs (and a grapevine) leading to a rooftop beer garden. “When you walk out here, it feels very Mediterranean,” says Schumann. “We’ve also got a fig tree. We’ve made a little jam for cheese [from the figs], and started cutting off the grapes to pickle them, freeze them and put them in cocktails. If we get a still, maybe we’ll even make grappa … we’ll see how we go.”

Alongside bar snacks (such as bowls of chips and jerky), cheeseboards are available too (ingredients will rotate). Most recently, there were boards of buffalo milk blue cheese and Crémeux D’Argental with house pickles, sourdough and house-made Campari marmalade. 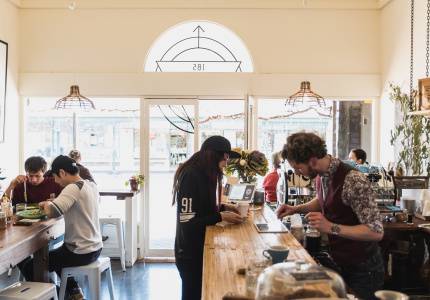