Oddio Is Hosting a Long-Table Lunch With Stewart Wesson

The chef behind Whistle & Flute and the Port Admiral is cooking a four-course lunch at the Bowden winery this month, before the tables are pushed away for an afternoon knees-up. 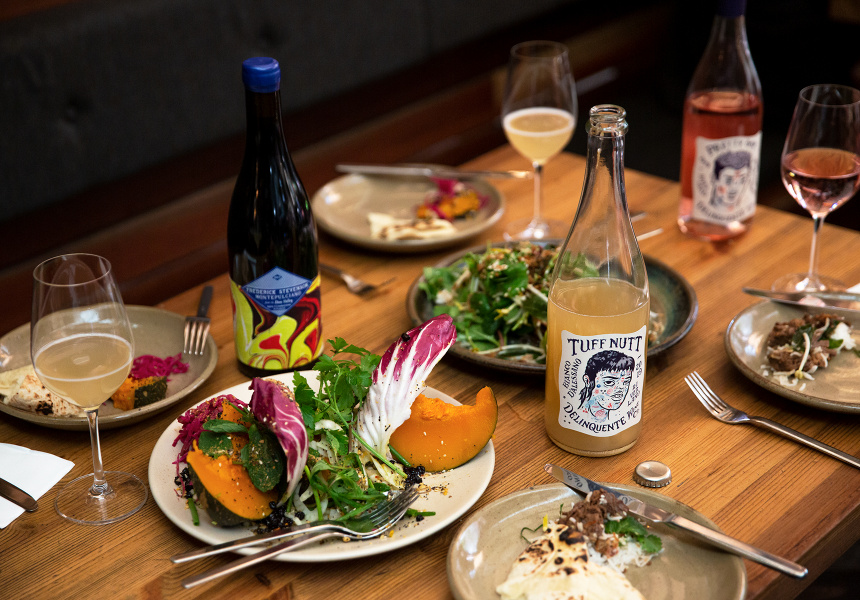 Since opening late last year, Bowden winery Oddio has become one of the best spots in town for a wine, a pizza and a boogie.

Many agree. Owners Greg Grigoriou and Steven Crawford’s sporadic parties draw big crowds, with punters often lining up to get into the 150-person-capacity venue. Beyond the winning combo of vino, music and Sunny’s Pizza, part of its pull is the rarity of events. The pair tends to open the doors “when we feel like it”, says Grigoriou. Which usually means seasonal parties to coincide with new wine releases and special events.

The latest is a four-course long-table lunch cooked by chef Stewart Wesson (Whistle & Flute, Port Admiral Hotel). “I’ve known Stew for a long time now,” says Grigoriou. When he was still at Flinders Street Project we did a dinner together. Then we did one at Whistle & Flute, and down at the Port … We’re pretty good buddies now so it’s nice to continue that. At least every year or two we’ll try to do something.”

The lunch on Sunday August 11 is the first ticketed sit-down event the winery has hosted. Wesson will bring his charcoal grill down for the day, so expect some charred meats. The menu is still coming together, but Grigoriou hints at a ceviche, too, and a “fruit-driven dessert to go with the pét-nat”. Each course will be matched “to some degree” with Grigoriou and Crawford’s wines – Delinquente and Frederick Stevenson, respectively – but there’ll be a selection to choose from including new-release pét-nat, rosé and montepulciano. “We’ll have a few cool things on pour,” says Grigoriou.

Following the ticketed lunch, the tables and chairs will be pulled away to make way for an open-invite party with flowing wines, cold beers and a selection of sandwiches by Wesson, “hot off the grill”. “His idea was to take the food at lunch and make some simple, handheld iterations of it,” says Grigoriou. “We don’t expect everyone to be able to make it to the lunch, but we want to have that chilled out, relaxed party vibe for the afternoon with those same wines and a bit of yummy food to go with it.”

Oddio’s winter lunch is on Sunday August 11 from 12pm to 2pm. Tickets are $90 and available through Eventbrite. Doors will open to the public at 2pm. 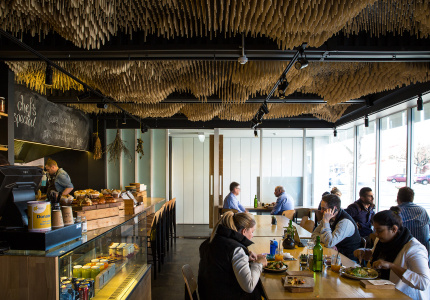