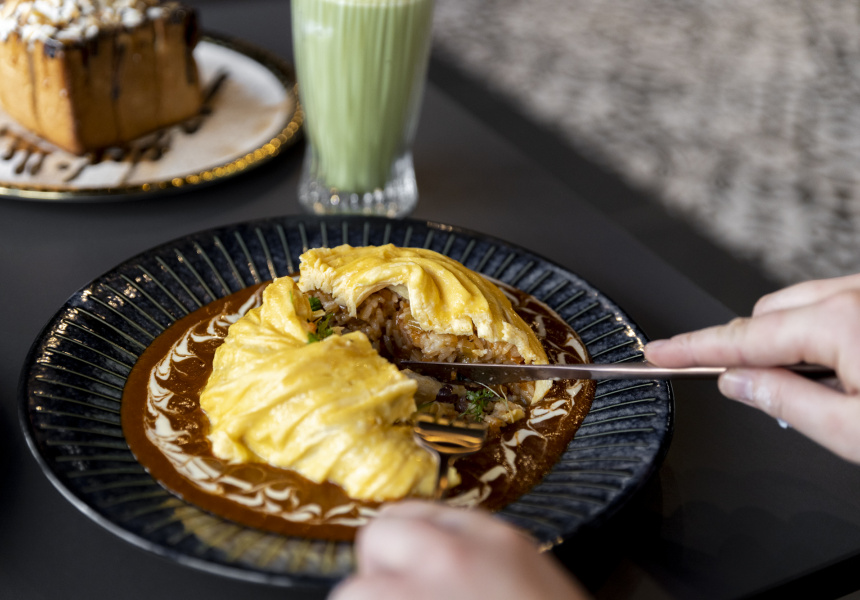 With Yuki in the Hills and its new sophisticated suburban sibling, Yuki in Burnside, Mike Oh’s mission has been simple: bringing the best Japanese food to the people of Adelaide. At his latest venue, Miyuki, he’s broadening the scope of that mission with an inventive menu bringing Japanese, Vietnamese and Korean twists to Western brunch staples.

“I already have two great Japanese restaurants, so I wanted to do something a little bit different with contemporary Asian dining,” Oh tells Broadsheet.

At Miyuki, which opened last week in Stirling, chef Daniel Kim weaves Korean influences into dishes such as the Bulgogi Benny, which pairs tasty Korean soy-marinated beef with the classic poached egg and hollandaise, complemented by a fresh kimchi chutney. The Korean influence is also present in the chicken waffle, which pairs Korean fried chicken in a sweet soy glaze with a waffle, fried egg, Asian slaw, bacon and maple syrup. (Kim’s résumé includes a stint at Ban-Ban, and he has ambitions to serve the best chicken waffle in Adelaide.)

Other offerings such as the potato waffle pancake, banh mi and breakfast pho also twist the traditional. The menu also features a very generous helping of honey bread; Miyuki’s take on the internet-famous omurice, a soft, fluffy omelette atop fried rice and demi-glace – one of the more ubiquitous yoshoku, or Western-influenced, dishes in Japan; and a medley of mushrooms with miso polenta, fried kale and enoki.

The contemporary style extends from the menu to the inviting space: the interior features black and white patterned tiling through the centre, cutting through grey walls, and overhead chandeliers.

“We didn’t want the typical style of Asian interior,” Oh says. “The atmosphere is more modern and Westernised, so the two styles can mix and match well together and be approachable for families, locals and visitors from the city.”

Dahlia Oh is behind the interior and the inventive drinks menu, which features fun creations like the cereal latte, topped with whipped cream and mixed cereals. The matcha frappuccino is a must-try, tasting as vibrant as it looks.

The team has plans to extend the outdoor dining area in summer as well as branch out into homewares, so watch this space.