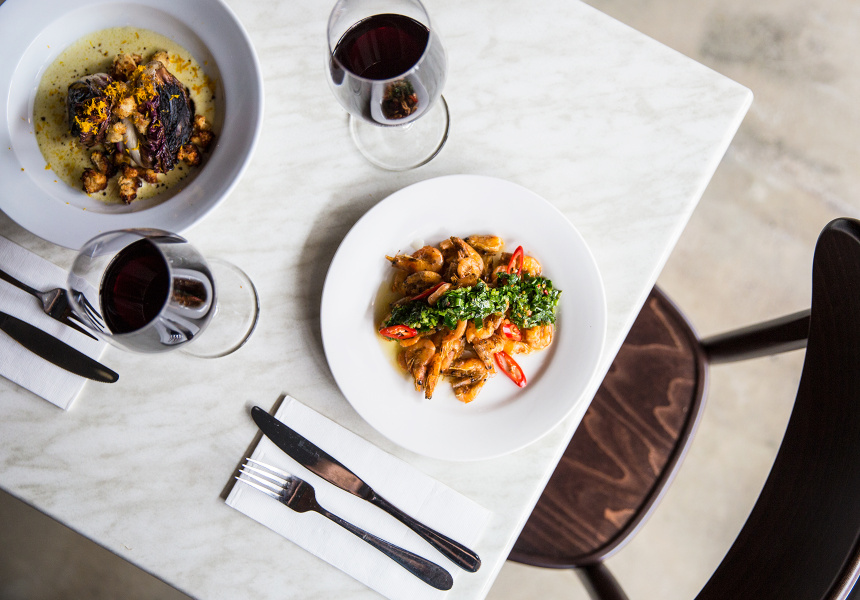 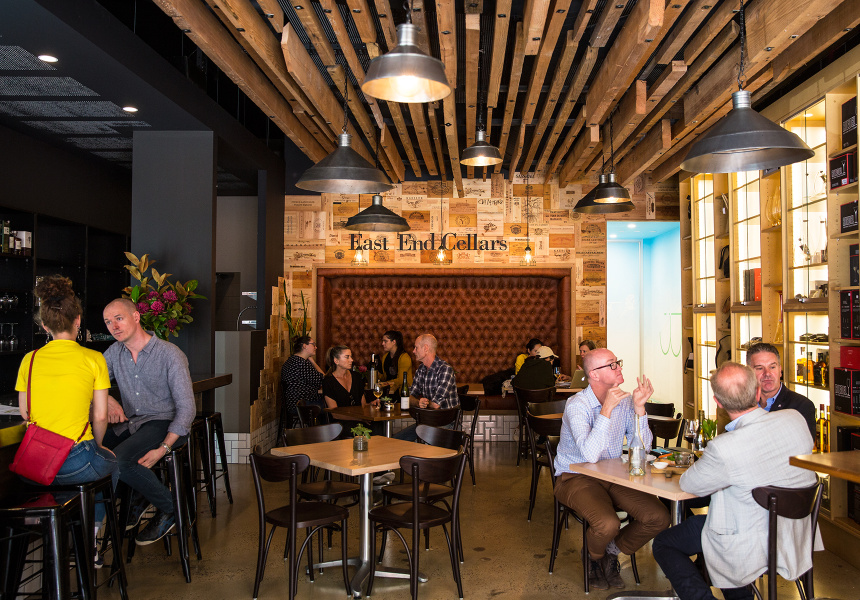 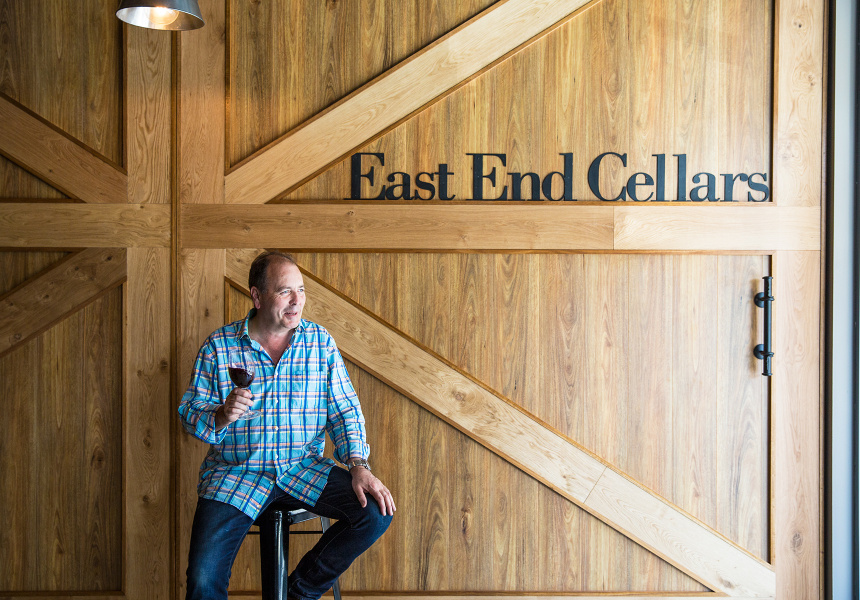 In November East End Cellars celebrated 20 years on Vardon Avenue: 17 years at the now-Mother Vine site and three across the road at its current home, with the addition of The Tasting Room. “Overnight success,” says owner Michael Andrewartha, with a smirk.

Andrewartha and his team rang in the cellars’ 20th birthday with the expansion of The Tasting Room into the building next door. The former architecture firm has now been christened “The Baily Room”. It takes their total square meterage from 300 to 432, and total capacity – inside and out – to 170.

Namesake Martin Baily was a leading bottle-shop owner in his heyday; he gave Andrewartha his first management job in the ’80s. “I learned my wine skills, my people skills and my management skills from him,” Andrewartha says.

A set of floor-to-ceiling oak doors pull apart to reveal a space that shows no sign of its corporate former life. “We took everything out and started from scratch,” says Andrewartha. “I tried to make it flow through [from next door] … as if it’d been here from day one.” Accordingly, wine box-ends don the walls and Oregon timber beams lay overhead.

At the helm sits a custom-made Italian-leather banquette. “It was a bit decadent getting the roof and sides done,” Andrewartha admits. “But I thought, ‘why not enclose the whole thing?’ I’ve always wanted [one].”

Supplementing a roughly 5000-strong collection of wines from across the globe, a different South Australian winery has been featured every week since The Tasting Room’s inception in 2014. “I thought we’d have run out of wineries by now,” says Andrewartha. “We haven’t.”

With The Tasting and Baily Rooms able to operate autonomously, the venue’s educational programs and function capability can increase. “We won’t have to close down the bar to run a masterclass,” says Andrewartha.

More variety has been injected into the existing cheese, meat and toastie selection. The just-installed kitchen will also serve a new menu of small plates such as lime cured kingfish with baby beets; fried school prawns with chimichurri; and fresh burrata with shaved fennel, zucchini and mint. There will also be larger offerings, such as cassoulet (slow-cooked meat and white beans), that will change regularly. Pastries and light snacks will appease the pre-midday crowd.

Andrewartha proudly shows off his new toy – a Japanese-imported ice machine. Each precise, cue-ball-shaped piece of ice is as impressive its maker’s $7500 price tag. Beefing up the Japanese-whisky selection is inevitable. The cocktail list and range of Australian spirits will grow as well.

Four beer taps will soon be hooked up: two for Coopers, one for Mismatch Brewing Co. and a rotating tap for “quirky stuff”.