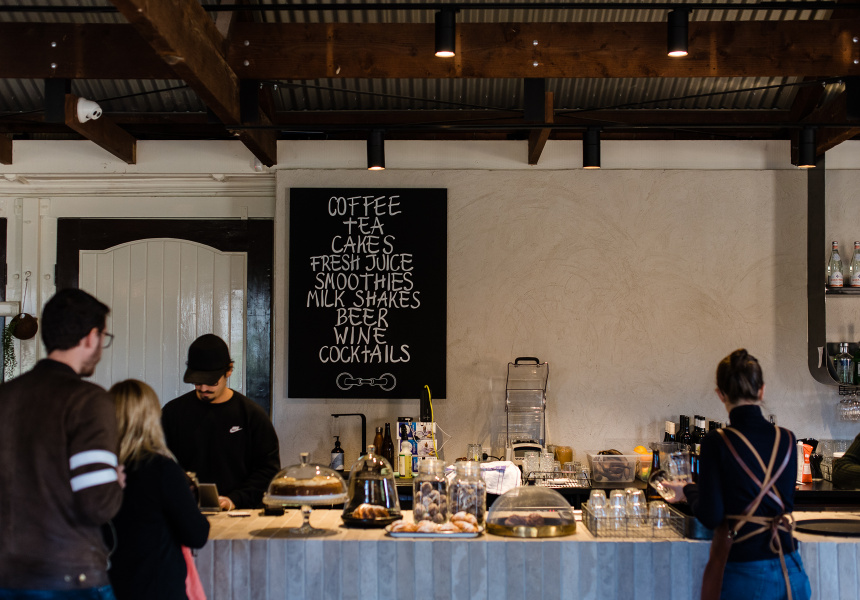 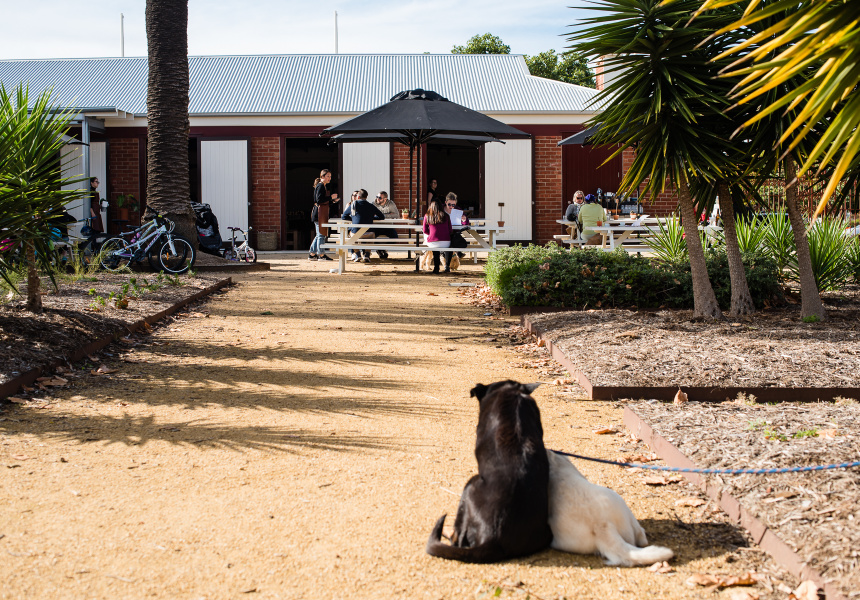 It’s been a big year for Adelaide’s already-booming pizza scene. And we're only half way.

So what sets this one apart? “We’re not just doing Napoletana style like a lot of others,” says owner Massimo Piscioneri. His woodfired hybrid sits somewhere in between the Neapolitan and Roman styles. We each tear from a piping-hot four-mushroom-topped pie. The base is still ultra-thin, but it’s crisp and holds firm under the toppings.

“Pizza’s never ‘gonna die,” says Piscioneri. “I’m not reinventing anything.” He recalls a bar in his family’s hometown – Roccella Ionica – in Italy’s Calabria region. “They do the best deep-fried calzone.” The Stables’ slightly larger reincarnation, panzerotto, is chock-full of pomarola (a simple tomato sauce), fior di latte and basil.

But it’s not all dough and deep-frying. Italian ingredients rule the breakfast menu: pork-and-fennel sausage, cannellini beans and ricotta. Serial smashed-avocado-orderers can get their fix, too, and there are freshly squeezed juices and smoothies.

“Every Italian tells you how good their salami is … and their wine,” says Piscioneri. His go-to for cold cuts is Rostrevor’s Parma Quality Meats & Smallgoods, which also supplies York Peninsula pork that’s marinated in-house, rolled into porchetta and spit-fired over charcoal.

The menu by chef Davide Carapella (ex-Assaggio) is notably sizeable. Come with a group, commandeer a Victorian-ash bench table and order up big. On a tight wine list, Italian varietals are well represented, both from local and Italian vintners.

The relaxed daytime diner sits at the entrance to Victoria Park racecourse. It’s in the heritage-listed Bookmakers’ League building.

With an inimitable parklands outlook, The Stables feels more like a winery than a cafe or restaurant. “It’s not just somewhere to eat,” Piscioneri says. It doubles as an adaptable function and event space. An outdoor cinema, bocce and fitness sessions are on the cards.