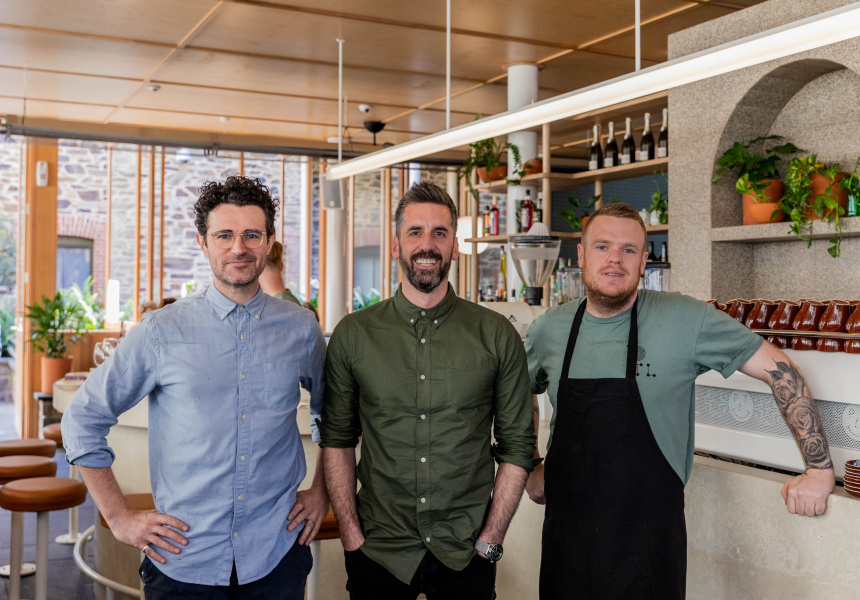 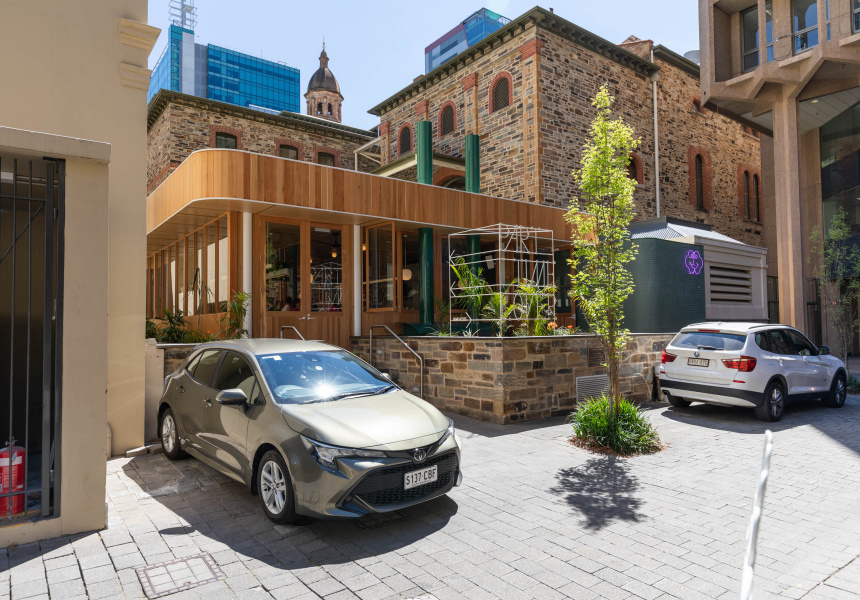 Hospitality veteran Josh Baker and his regular collaborator, Sans-Arc Studio designer Matiya Marovich, have a knack for utilising underutilised spaces. So it was with Pink Moon Saloon (which was born from an empty alleyway that stored garbage bins) and Whistle & Flute (an inner-city courtyard on the ground floor of the Business SA building). And they’ve done it again with Part Time Lover, a breezy, Palm Springs-inspired all-day diner on Pilgram Lane (off King William Road).

Marovich has taken a disused glass-roofed gazebo located between Adelaide Town Hall and the Adina Treasury and transformed it into the kind of smart, low-key restaurant that, even on a Thursday morning, is heaving with diners. The refined but warm interior – all blond wood, pleasing straight lines and statement stonework – looks as though it’s come straight out of California.

The new bistro, which opened in September, already has a loyal crowd of regulars. They’re here not just for the interior-design Insta ops but for the Five Senses coffee, a considered but accessible menu, and a dining experience carefully conceived by a team of Adelaide hospitality pros: Baker (who also co-owns Clever Little Tailor and The Port Admiral), executive chef and co-owner Stewart Wesson (Whistle and Flute, The Port Admiral) and veteran Luke Turton (Golden Boy, Chianti), who’s running the floor.

Together, the trio have bars, pubs, restaurants and brunch spots under their belts. But this latest project offers something new: they’re bringing back the power lunch.

“We want to be that quick, fast, loud lunch bistro, where you can come and have one course and a glass of wine and get out in half an hour, or you can settle in and be there for three hours,” says Wesson. “That [idea of a] power lunch can work [two] ways: a quick, powerful … ‘We’ve got 45 minutes, let’s get some really good food’, or ‘Let’s sit down, make a business deal and have some bottles of wine’, which we’re already sort of seeing.”

Wesson’s menu reads as both crowd-pleasing and thoughtful. Divided into three sections – vegetables, fish and meat – he leans heavily on Asian flavours. A third of the dishes are plant-based. He’ll urge you to try the sticky barbeque pulled eggplant (“like pulled pork, but vegan”), or the Port Lincoln raw kingfish, which he deems “the best fish in the world”. It’s fatty and flavoursome, and comes served with zippy green chilli, cucumber and sesame. The JB cheese fries, named for Baker, aren’t quite as light: they’re crispy fries under a flurry of grated Parmesan.

To wash it all down, there are beers and Riot wines on tap (partly to reduce waste and partly because there’s no storage room), plus a concise cocktail menu of classics including a French 75, a Paloma and a White Russian.

Good thing, too, because on Mondays and Fridays Part Time Lover is open till late. “Fridays are fucking crazy,” says Wesson. “We get there at seven in the morning and it doesn’t stop till 11 o’clock at night … as soon as lunch clears out we get a wave of after-work drinkers and it turns into a bit of a nightclub. It’s standing room only.”

All of this is very nice, of course, but what makes Part Time Lover special is how genuine it all feels. Ask anyone involved what they want people to know and they’ll come back with the same answer: it’s a fun bistro where you can come and eat something delicious and have a great time. It could feel scripted, it doesn’t. 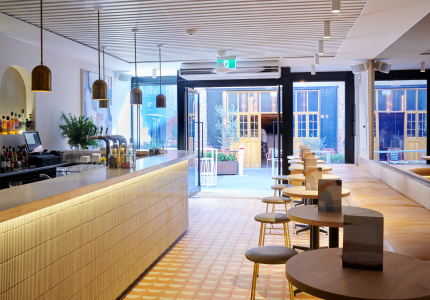