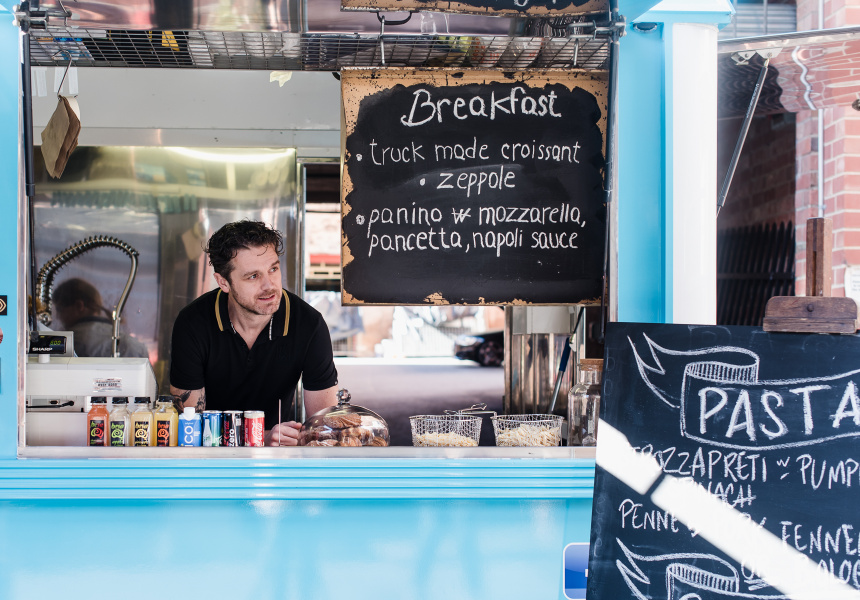 Nonna Mallozzi, Jock Zonfrillo’s new food truck, is all about simple dishes, just like his nonna used to make.

The food served from the large blue van, nestled between a barber shop and the small bar Chihuahua, is a flashback to Zonfrillo’s youth. The Scottish-born chef is one part Italian and his nonna, Generosa Mallozzi, lived in the small fishing village of Scauri. She was a cracker in the kitchen.

“She was quite amazing, like all nonnas are,” Zonfrillo says. “They feed you constantly.”

The menu comes straight from the heart. “It’s the kind of stuff I grew up eating,” he says. Think pork, spinach and black pepper or eggplant parmigiana in a panini. “That’s what they had in the fridge so it went inside a panini and got toasted. That was it. It was delicious.”

The van, which will make way for a restaurant in the building behind it once council approval is granted, also serves two pasta dishes with various sauces (including bolognaise or napoli, naturally) made with fresh, high-quality ingredients, hot chips with parmigiano sauce, and a breakfast menu including deep-fried zeppole, truck-made croissants and panini with mozzarella, pancetta and napoli sauce. The menu reflects the basic dishes Zonfrillo likes to eat when he’s on the run.

It’s a new style for those familiar with the chef’s restaurants Orana, Street ADL and Blackwood, which specialise in using native Australian ingredients and highlighting Indigenous culture and knowledge.

“I wanted to do something that wasn’t fine dining,” he says. “It’s food that feeds you and doesn’t cost the earth.” Prices range from $7 for hot chips to $9 for a panino and $12 for a decent portion of pasta.

It’s all served up by Italians Alessandro Antonucci from Padova (a village an hour out of Venice) and Stefano Magrofuoco, who comes from a town near Treviso.

“A huge shout out to anyone else in the Italian community who wants to come and work for us,” says Zonfrillo. “We want to try and keep it fully Italian.”

The lads are also keen to share the love of their Italian roots.

“In Italy we don’t eat pasta with parmesan,” says Magrofuoco with a smile. “We eat parmesan with pasta.” Their laughter follows their sated customers down Peel Street.

“You go there, grab something and eat it there or take it away,” says Zonfrillo. “But you have a bit of a laugh when you get it.” 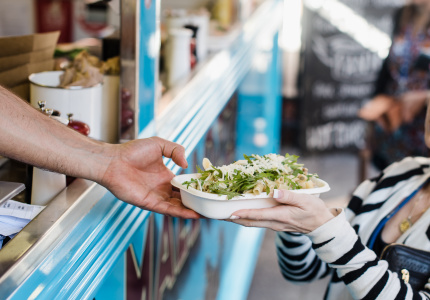 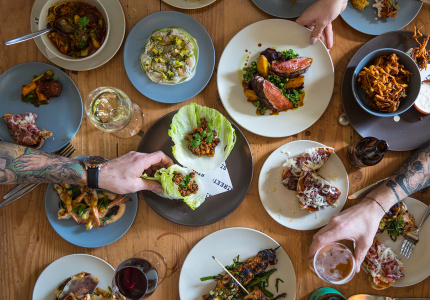