The Plant 4 favourite has grown up and moved into a bigger space – just a few metres away inside the Bowden market. The menu has expanded too, including spelt waffles, breakfast banh mi and – soon – brunch cocktails. 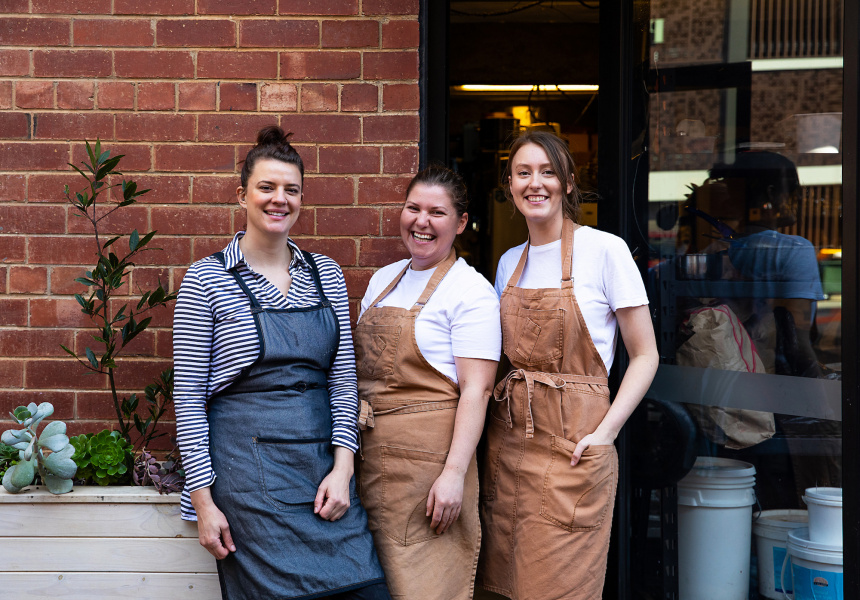 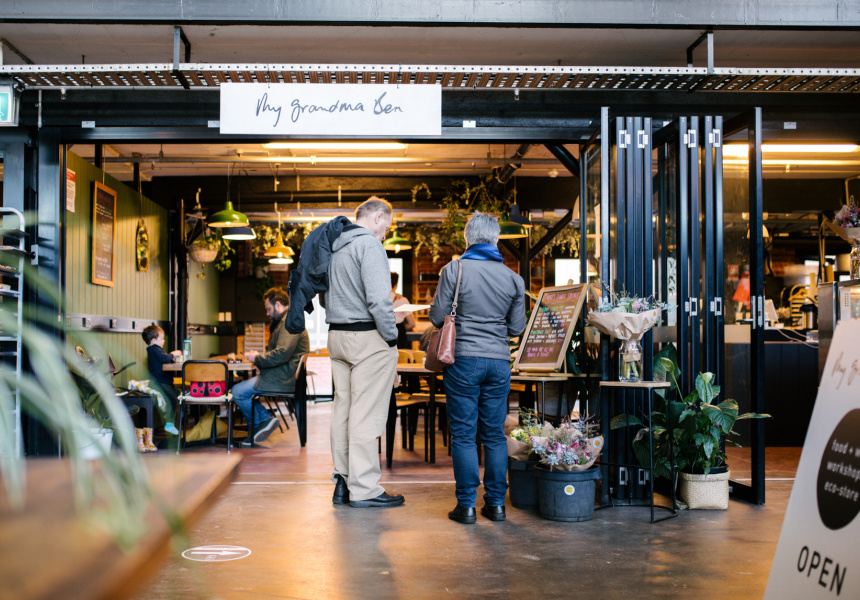 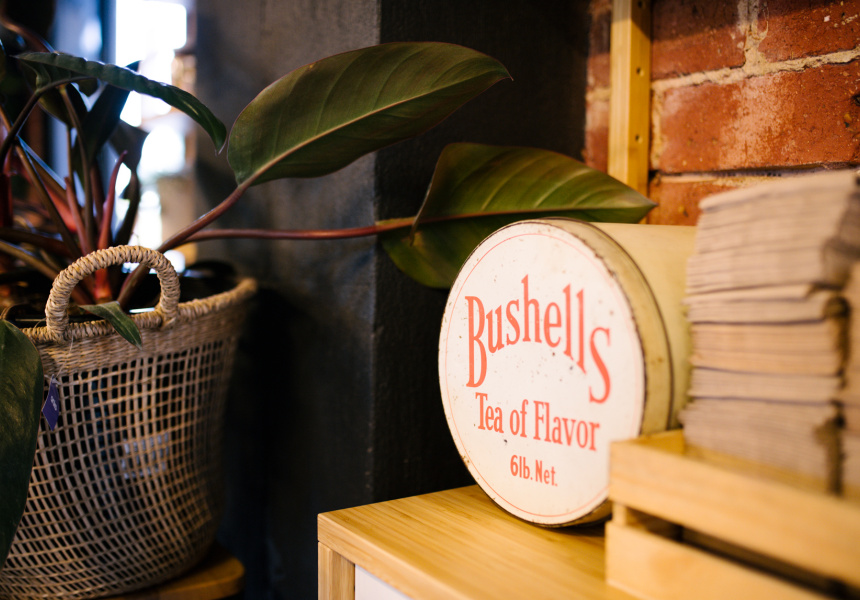 When My Grandma Ben opened in Plant 4 two years ago, owner-chef Jessie Spiby’s strict ethos of sustainability guided the cafe’s every facet, right down to the decision to serve filter coffee only.

“Filter really suited our ethos because there’s less waste compared to espresso,” she says. “We did turn a lot of people away, but we’ve always been really welcoming of people bringing in coffee from any of the other cafes here, too.”

When Broadsheet visits the new digs – located just a few metres away in the former Voula's site – on opening day, we spy a shiny new La Marzocco espresso machine.

“Part of the reason we moved was to fill the spot of the cafe that was here before, so we had to meet in the middle with some of the things we offer,” says Spiby. (Although she's holding firm on no take away cups.)

The main reason for the move, though, was a growing need for space. “We do a lot of catering, so we were really on top of each other,” she says. “We had to make drinks on top of each other. We couldn’t really do anything more than what we were doing, so part of the reason to move was so we could offer more options, do more cakes, have an espresso machine …”

The move was originally scheduled for March, before the pandemic put a halt to things. “We were meant to move two weeks before the Covid shutdown, and we could kind of see it on the cards – mainly because our bigger events, like a lot of our wedding catering, got cancelled. So we spoke to Plant 4 and put it back a bit,” says Spiby. “Then the shutdown was a lot shorter than everyone expected.”

Spiby and chef Jodie Zerna’s signature pickling, preserving, smoking and fermenting is still on show – in the house-smoked and pickled line-caught Coorong mullet on sourdough (from the neighbouring Lost Loaf Bakery) with skordalia and roasted and pickled fennel. And the kimchi pancake with sautéed seasonal greens, pickled ginger, spring onion and sesame soy dressing.

The crowd-favourite crumpet stack with kangaroo bolognaise, harissa, yoghurt, chilli jam and fried egg remains, as do the popular toasties and spelt-pastry pies.

“We’re more rounded now,” says Spiby. “We had to really streamline it [before], being in a space with two benches … now we’ve got room to breathe and do more, and hopefully give a better experience as well … we won’t have to say ‘No, we can’t do that’ all the time, because we actually can do the stuff.”

The team will continue to offer the take-home meals – including family-sized pies and crumpet packs – it introduced during the Covid shutdown. And on weekends visitors can pick up a bunch of blooms from local florist Lucy Meaney of Sunday Bunches. “Her ethos is like us,” says Spiby. “She goes to the growers and picks the flowers herself.”

The furniture is similarly DIY. The timber tabletops are custom-made from reclaimed wood from demo houses. The wooden counter is made from the facade of the old site. The lights are up-cycled vintage finds.

Capacity inside the cafe has increased by 15 to 40. The move also presents the opportunity for outdoor seating, in the laneway alongside the marketplace, which can seat an extra 15.

“We’re also going to be able to host our workshops in our space so we won’t be so at the whim of what’s happening at Plant 4,” says Spiby. Her hands-on pickling and fermenting workshops will re-start soon (dates will be announced on the cafe’s website and socials).

When the new liquor license kicks in later this month, Spiby is planning to offer bottomless brunch with breakfast cocktails including a “fermented-chilli-hot-sauce Bloody Mary”, a shrub cocktail (“our take on a Bellini”) and cold filter coffee spiked with a local rum or whisky.

When evening trade recommences, there’ll be “Aussie Negronis” made with Applewood Okar, local wines and gin from a rotating roster of local producers.

“We always rotate our gins,” says Spiby. “If anyone comes in and they have a new gin, I like to support them. I remember when I started out how grateful I was when people gave me a shot. So if you come in and talk to me I’ll most likely put you on the menu,” she says, laughing. Non-boozy options include house-made shrubs and kombucha and newly added smoothies. 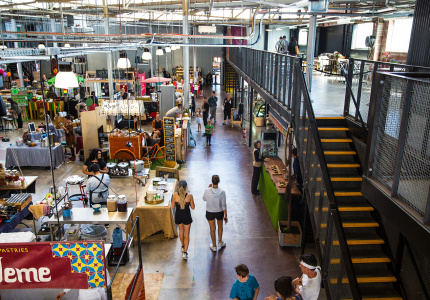