Now Open: A “New-Age Deli” and Coffee Shop by the Whistle & Flute Crew

Look for a sun-sprayed glasshouse just down from its sibling cafe on Greenhill Road. 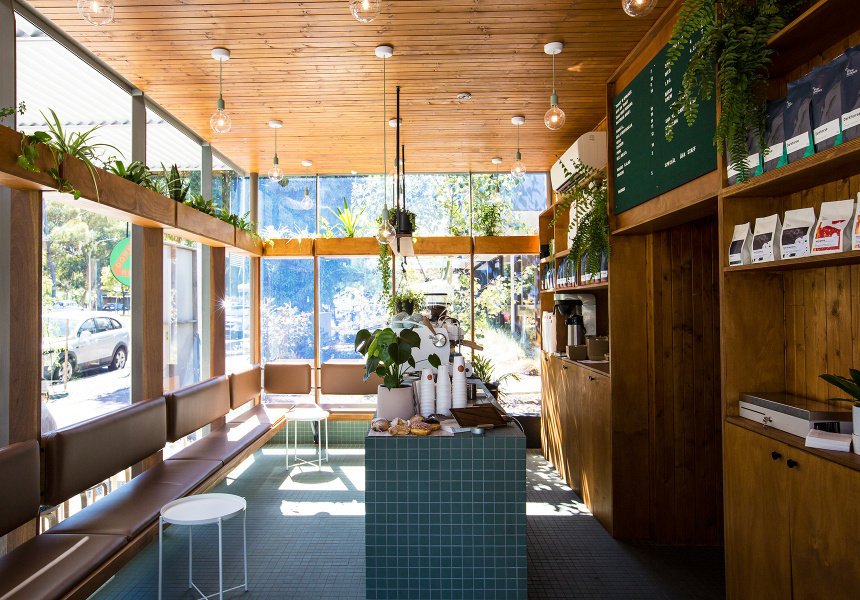 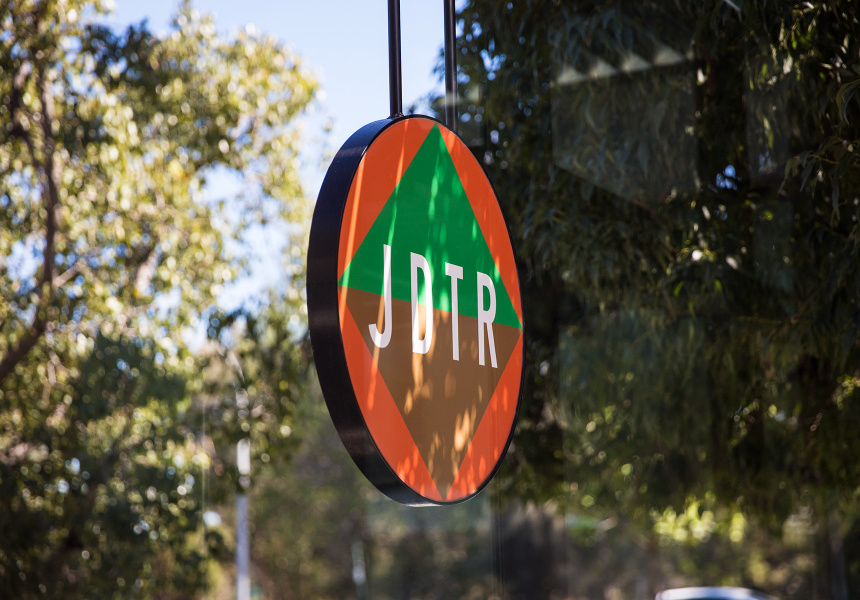 Now, that “takeaway place” is all its own. Find the aptly named Just Down The Road less than a minute’s walk from its sibling cafe. “We thought it’d be best if we were our own competition,” Josh says.

The sun-sprayed glasshouse on Greenhill Road underwent a 12-month fit-out by Sans-Arc Studio. Matte-green tiling climbs from the floor up the counter, the ceiling and back walls are timber-clad and a white powder-coated Synesso coffee machine tops it all off.

“Old-school delis are gone and there aren’t many sandwich bars around,” says Josh. “What [Matthew Standen’s] done at Pink Moon Deli sort of inspired us to do something similar on the city fringe.”

Wesson’s initial concept was banh mi. But the discovery of a super-soft, crunchy-crusted loaf of white bread from The Village Baker changed all that.

Almost everything he’s serving is stuffed between thick-cut slices of it (or its rye equivalent). Made-to-order sandwiches come with big, punchy flavours, and portion sizes to match. “We’re essentially a new-age deli,” says Jacob.

For breakfast the egg and mortadella with Swiss cheese and aioli is “our take on the bacon-and-egg roll”, adds Wesson. Big sellers, he says, have been a classic pulled chicken with avocado, iceberg lettuce, cucumber and aioli, and a stack up of Italian deli meats such as mortadella and salami with artichoke, olives, provolone and spicy tomato sugo. There are daily sanga and salad specials, too.

Catering will be somewhat unorthodox. “We want to bring back the lunch-order bags from high school,” says Josh.

Jacob, who’s clocked up nearly seven years behind coffee machines, is pouring a different Five Senses single origin every week and switching up the batch brew daily. A haul of pastries and doughnuts, like the bread, come courtesy of The Village Baker.

Next on the agenda is a liquor license. The guys foresee collaborations with other venues from around town.

This article was updated on December 4, 2018. It first appeared on Broadsheet on October 31, 2018. Menu items may have changed since publication.