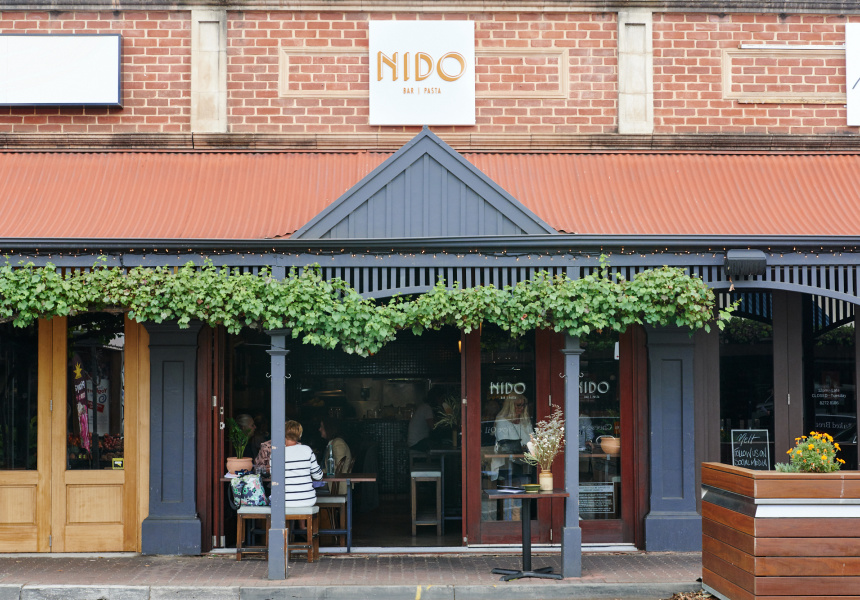 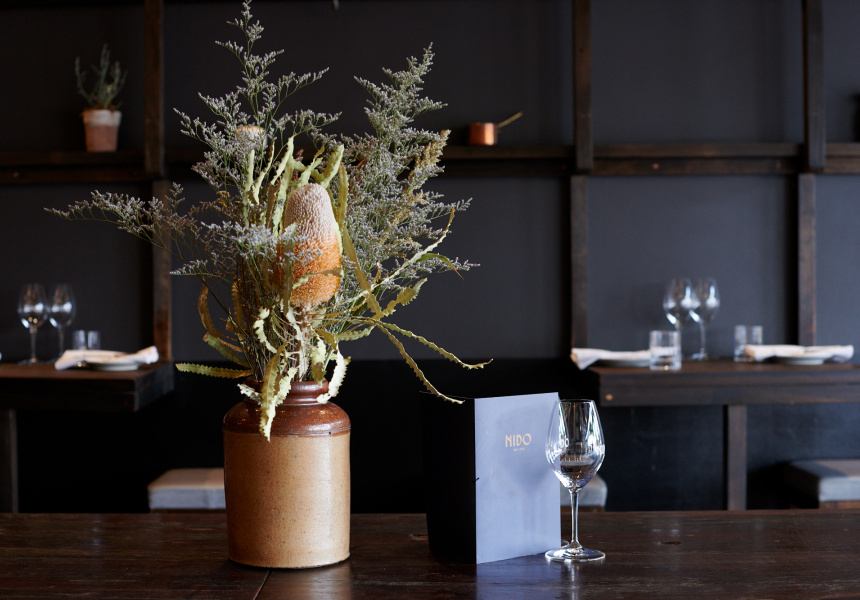 Last week Hyde Park institution The Pot became neighbourhood pasta and aperitivo bar Nido. The team did a whopping 350 covers in the first four days – and it’s not a big restaurant. “We’re now looking at around 50 kilos of [pasta] dough a week, and our average serve is 150 grams,” says head chef Max Sharrad. To clarify: “That’s a fuck-load”.

The team behind Simon Kardachi’s rebranded venue includes Osteria Oggi managing partner Chris Woodcock and Sharrad, The Pot’s most recent head chef, who was named Young Chef of the Year in the 2018 Appetite for Excellence awards.

While some of Adelaide’s best chefs have passed through The Pot in its 20-year tenure, “It had so many different incarnations … it probably just got a little bit lost,” says Sharrad. “I think people still thought they were coming here for a fine-dining experience.” To un-muddy the waters, the new direction had to come with a new name.

The brief at Nido (“nest” in Italian) leans towards dishes you want to eat at home but don’t necessarily have the time to make. The pork ragu, for example, isn’t what you’d whip up after work. Top-quality pork mince comes from Parma Handcrafted Cured Meats, sugo is made in-house with Ngeringa tomatoes, and the accompanying fresh pasta is hand-rolled daily.

But making pasta by hand is arduous. A soon-to-arrive extrusion machine will fast-track production of more traditional pasta shapes. “That will give us more time to play around with filled, delicate styles ... and explore the craft side of things,” says Sharrad. Accordingly, the kitchen team has almost doubled. It includes former Orana pastry chef (and Sharrad’s wife) Laura Cassai, who has 18 months’ experience as a pasta-development chef under Andre Ursini.

More intricate dishes are built on sustainable proteins – a common thread in Sharrad’s cooking. A native riff on vitello tonnato, rechristened “rootello bonnato”, swaps out veal for kangaroo and uses a bonito-spiked mayonnaise instead of the traditional tuna. A pasta dish in acqua pazza (“crazy water” in Italian) uses Coorong mulloway – from top to tail – poached in a light broth.

Fancy a steak? It’s splayed raw on a marble slab, brought to the table and, “You’re given a Sardinian hunting knife to mark where you want it to be cut,” Sharrad says. Very Game of Thrones. It’s then weighed, priced, and flame-licked over red gum.

This is a restaurant, but you’re just as welcome to pull up a stool at the bar, order a drink, and pick at a plate of salumi or pillowy gnocco fritto (crisp, fried dough). The similarly doughy pane ripieno – available for lunch or a late-night snack – is stuffed before frying. Fillings include pork meatball, scamorza and basil; braised kale with garlic and chilli; or trippa bianca (tripe) and white pepper.

Keeping pace with the kitchen, the bar stocks mainly Italo-centric wines. “If it’s not a locally made Italian varietal we’re getting it in from Italy,” Sharrad says. Choose from around 35 bottles, including some large-format options, or there’s a tight aperitivo-heavy cocktail list.

Nido’s crystal-clear vision is a win for a pocket of King William Road that’s also expecting a “next-level” charcoal-chicken shop by Shobosho’s Adam Liston in August.