A year after Leigh Street’s longstanding tenant closed its doors, it’s reopened as a bar that pays tribute to its former life. 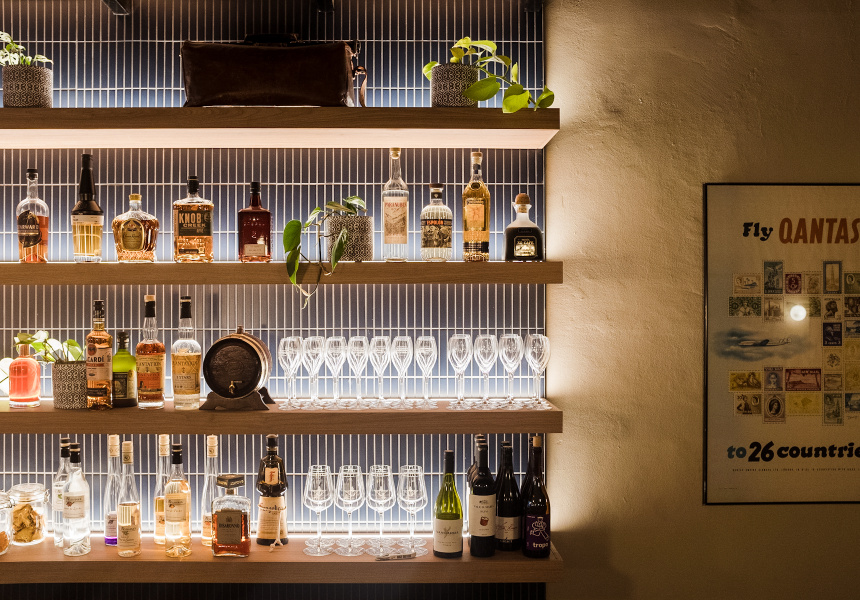 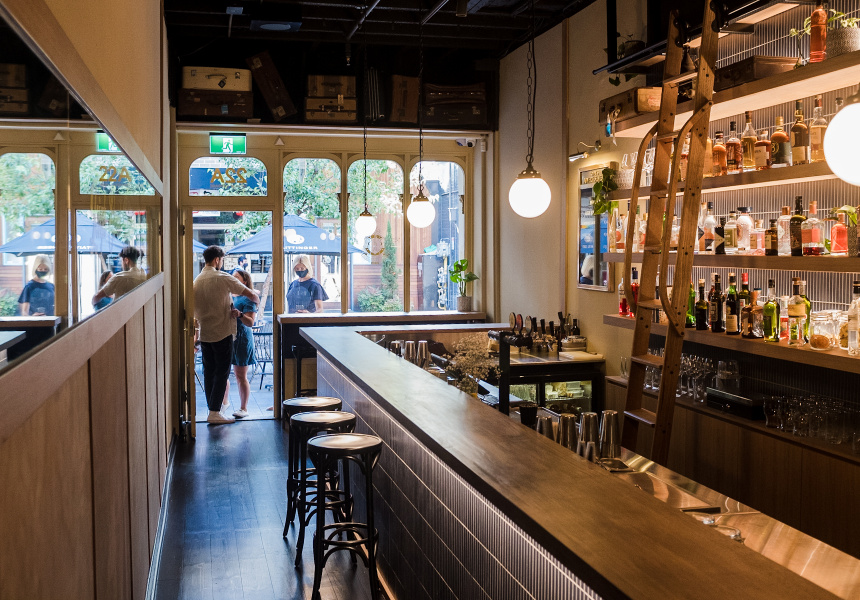 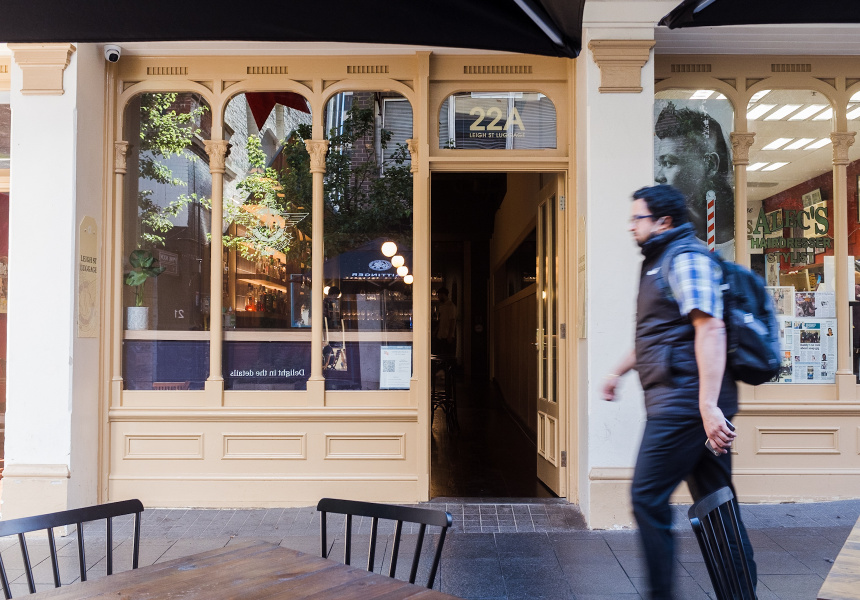 Almost a year ago to the week, Julie Barnes said bon voyage to Leigh Street Luggage, her travel goods business of 40 years.

Barnes arrived on the street before the proliferation of restaurants and small bars, when it consisted of travel agents, Alec’s Hairdresser, O’Connell’s Bookshop and a few antiques dealers.

Now the longstanding site has reopened, but this time it’s functioning as a Mediterranean-inspired cocktail bar. The name and shopfront are the same, but inside it’s very, very different.

A bar runs along the left-hand side of the space, taking drinkers up to raised seating where Barnes once sat at the counter. Opposite that, some cosy booth seats fill out the space.

There are plenty of call-backs. A photo of Barnes as a flight attendant in 1972 hangs on the wall, along with vintage luggage pieces and an airplane propellor next to a wine rack.

Co-owner and bartender Shahin Chegini wanted the space to look like a bar, but was also careful to honour the business that had come before.

“I find Leigh Street Luggage to be one of the last sort of businesses that was still standing from what this street once was, which was the travel hub of Adelaide,” says Chegini. “I didn’t want to get rid of that … There are nods to Leigh Street Luggage and to Julie who was here. We have a lot of her old photos that we have put up. But the main thing for us, besides the obvious, is the Mediterranean inspiration, because it ties into the travel [theme].”

“We wanted to give a nod to what was once here, so in some ways keep a similar colour palette in terms of the walls, and keep that Mediterranean feel through the blue tiles that represent the ocean.”

The drinks list has a focus on amari, vermouth and cocktails. Chegini, who has worked in a string of Melbourne bars over the past 12 years, including Morris Jones and The Smith, calls out the Aperitivo Cocktail: a mix of Cappelletti (which sits between the sweetness of Aperol and the bitterness of Campari), sweet vermouth, sherry and some reduced chinotto.

“I’ve been doing cocktails for a long time, and I’m bringing a lot of what I have been doing with me … it’s a little bit more Melbourne-esque in terms of the style of cocktails.”

There’s also a rotating list of local craft beers (Lobethal Bierhaus and Little Bang included) and largely European wines, plus a handful of local drops from established winemakers such as Henschke.

A simple food menu will stick to cured meats and cheeses. A rear bar, built in what was the storeroom of the old shop, is yet to be officially launched. When it is, you can expect a more casual, dimly lit spot with a focus on boutique whisky, gin and toasties. 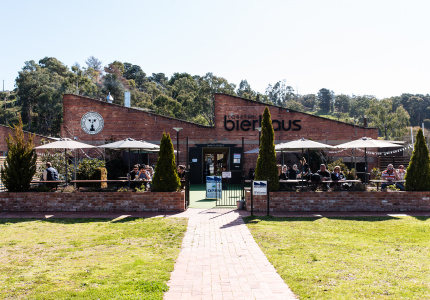 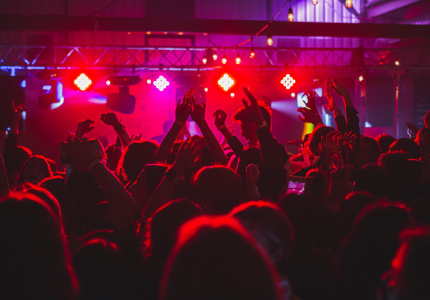