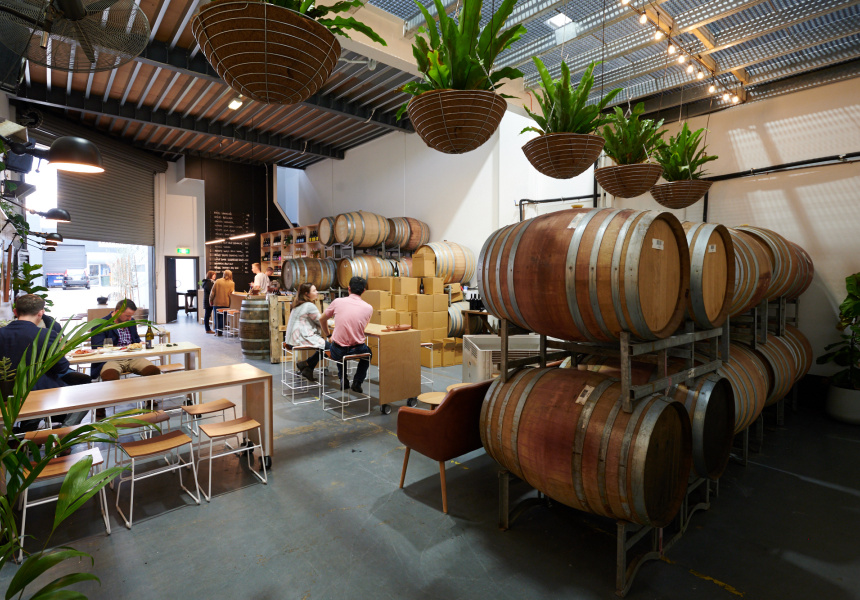 When Little Bang Brewing Company moved out of its home on Union Street in Stepney (into a much bigger one 500 metres down the road), two winemaking cousins moved in.

Production for both labels is based at Ferguson’s Stonyfell winery. “We want to keep doing the dirty work [there],” says Hein. The Stepney warehouse will be used for blending, bottling and storage, as well as tastings.

Hein only launched Moorak last October, but he’s already upped the ante – almost threefold. “I did about three-and-a-half tonnes [of grapes] last year, and this year was about nine-and-a-half,” he says. A skin-contact viognier is all that remains of his first vintage; this year’s drops will start releasing in the coming months.

Whatever’s on-pour at Ferg’s is chalked up on the wall – mostly Moorak and Massey wines, plus those of a third, rotational producer without its own cellar door (at the moment it’s Dom Smith’s label, Slow Lane). The front room will soon became a bottle shop complete with back-vintage bottles.

But it’s not all wine. The pair is also dabbling in beer and gin. There’s an easy-drinking lager brewed with Little Bang (“They haven’t left fully,” says Ferguson), and a London Dry-style gin distilled in collaboration with Thebarton’s Imperial Measures. Distilling on-site is the next step.

Local design studio AG worked on the warehouse’s re-fit. It’s been warmed up with birch plywood, brown leather and lush greenery. Out back, a huge, cushy booth hugs the courtyard walls; Little Bang’s fake grass is gone. “This is where it stops being a warehouse,” says Ferguson.

Food trucks regularly pull up in the front car park, but in their absence snack on bread-accompanied salumi and cheese plates. 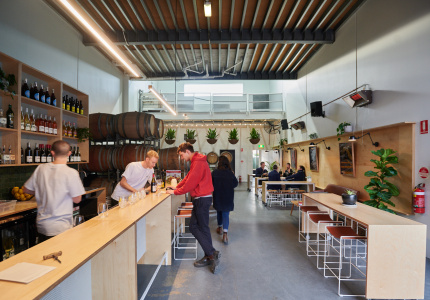