A new CBD bar with craft beer on the brain. 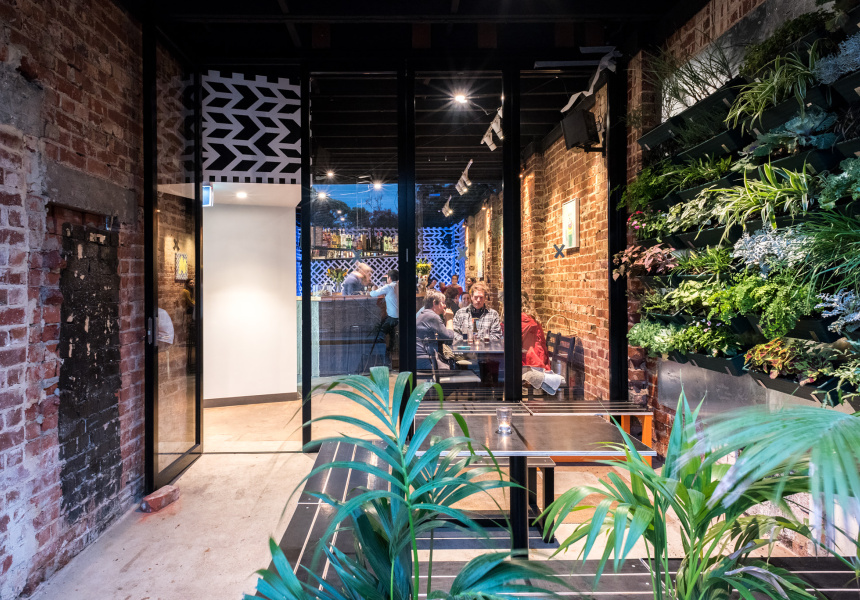 What do you get when you combine an abandoned warehouse, 20 years of combined hospitality experience and old-fashioned friendly service? 55ml, the new bar-meets-cafe, which rolled open its garage doors quietly on May 4.

It is run by Seamus Noone and Seira Hotta, who were inspired while travelling the world, including an 11-month stint on the West Coast of Australia. They spent a decent amount of time flitting in and out of pubs and bars, and when they returned, they opened their own venue.

You’ll find it on quiet Mill Street, just off Gouger Street in Adelaide’s CBD. The pair promises to bring the warm welcomes of yore back to the industry, like they experienced in country towns during their travels.

The building they occupy was previously an old fish market, abandoned for the past 20 years. The garage-style warehouse started with concrete floors and rough exposed brick. Everything else has been built by Noone; from the solid concrete and wood bar, to the couch seating at the rear of the venue and the bench and table seating out front. The walls are covered with a psychedelic geometric Aztec-looking feature piece, which adds a funky vibe to the joint.

A Pozible campaign called “Beer Us Out” assisted in purchasing the four craft-beer taps. It also means the pair isn’t contracted to a particular brewing company. “We want to help support the local brewing industry and owning our taps will allow us to do that,” says Hotta. The fridge behind the bar is packed mainly with beer but cider and wine also make an appearance.

The bar-snack-focussed menu includes cheese and small platters. CBD workers can also make the most of a sandwich and soup menu offered at lunchtime.