The Sturt Street restaurant closed for eight weeks when Covid-19 hit. Now it’s returning with a new chef and a menu that departs from Thai-Korean fusion to focus squarely on modern and traditional Korean classics. 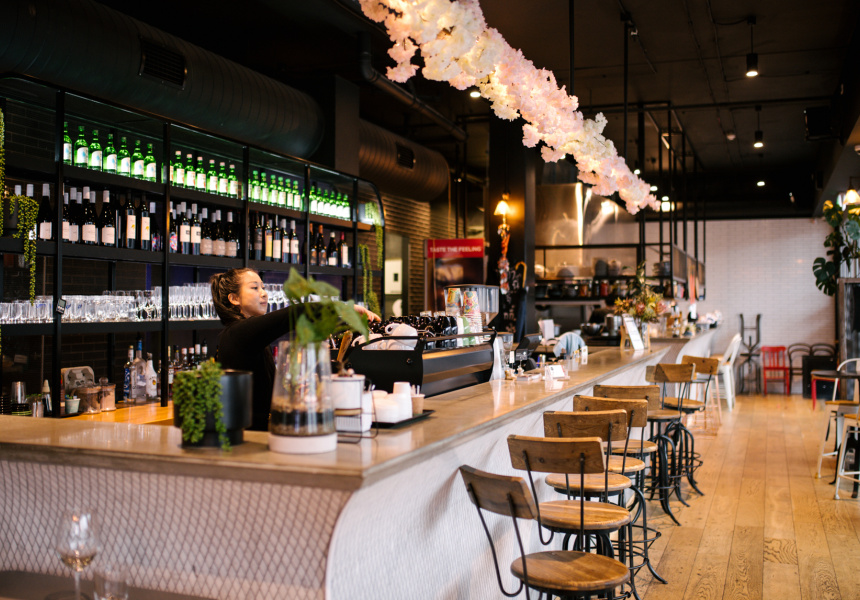 It’s impossible to separate jijimi, a savoury Korean pancake, from its geopolitical history. Usually referred to as buchimgae in South Korea, the kimchi jijimi on Mimi’s new menu comes from a Korean recipe from the time of Japanese colonial rule (which lasted from 1910 to 1945, ending with WWII and the division of the north and south). It’s made without flour – during that period, many Korean resources went to Japan, and staples such as flour became inaccessible for many Koreans.

“Most of my cooking skills are from my grandma,” chef Donghwa Park tells Broadsheet. “My grandma’s family came [to Australia] from North Korea before it got separated [from South Korea] At that time, flour was quite expensive in North Korea. That’s [how] I learned to make pancakes without flour.”

A former sous chef at Plus 82 Pocha (a restaurant owned by the same group), Park joins Mimi co-owner and head chef Naphachama Hongsakaola to bring the restaurant into a new era. Come July 1, visitors will be able to order from a newly designed menu of small, medium and large dishes for sharing, dubbed “Korean tapas” by Mimi co-owner Steven Lee.

According to Lee, significant changes were somewhat inevitable for the restaurant – but an eight-week closure prompted by Covid-19 was the catalyst for pursuing them now.

“Thai and Korean [fusion] didn’t really work … so we decided to change the whole concept to what we’re good at, and what we think would work in Adelaide,” says Lee.

“People tended to come for one [cuisine]. The fusion dishes I created [such as kimchi tom yum], people liked them – but they were afraid to order them,” adds Hongsakaola.

The new menu features both traditional and modern Korean dishes. Joining jijimi on the traditional side is gungjung tteokbokki, a rice-cake dish with stir-fried beef in soy sauce, originally served to royals during the Joseon Dynasty. There’s also “festival jeon”, pan-fried flat cakes coated in a flour-and-egg batter (similar to tempura) traditionally eaten during the Korean New Year and Chuseok harvest festival. Here the jeon are filled with whiting, zucchini and enoki, and served with a sesame-soy dipping sauce.

The highlight of the updated drinks list – which is printed on a boarding pass from Adelaide to Seoul – is the soju tasting flight (likely to include peach, lychee and traditional soju), which is served with gochujang-coated tteokbokki (spicy rice cake) flavoured biscuits.

The new Korean menu completes the group’s trilogy of Korean restaurants – in addition to street-food-focused Plus 82 Pocha, there’s also barbeque joint Plus 82 Gogi.

“We would like to let everyone know that Korean food isn’t only about street food or Korean barbeque,” says co-owner Hyunwoo Kang. And, after eight weeks away from the kitchen, chef Park is raring to go. “I love my food and culture, and I want to share this with more people.”

Mimi’s new menu will be available from Wednesday July 1.