NOLA Crew to Take Over the Stag Hotel

It’s a new era for the iconic East End pub. 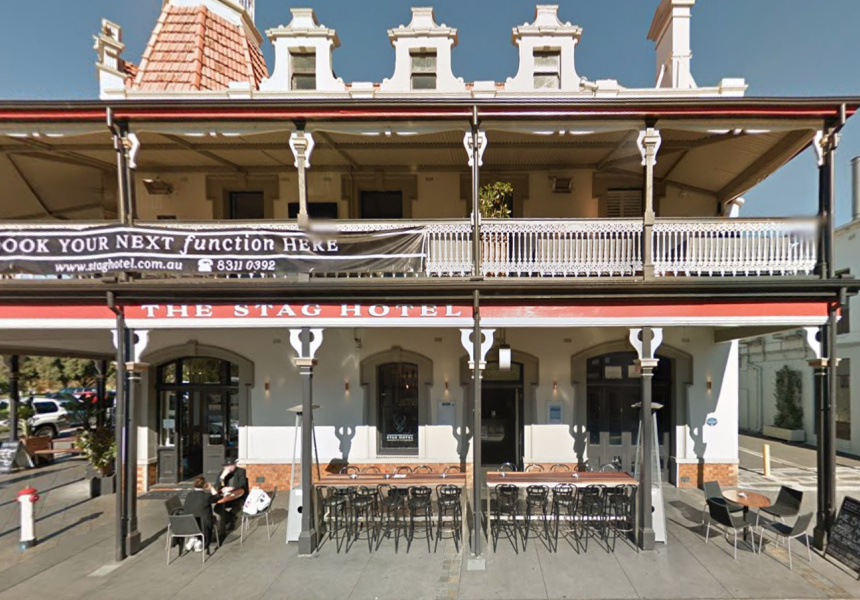 The close of 2017 saw the return of the classic Aussie pub as West Oak Hotel (formerly Worldsend) and the Port Admiral were returned to their former glory. Several months on, East End icon The Stag is about to get its own rejuvenation courtesy of the crew from neighbouring bar NOLA.

Despite its seemingly dream placement, the storied pub on the corner of Rundle Street and East Terrace has struggled in recent years, from its days as Adelaide’s “worst vegetarian restaurant” – a slogan proudly plastered on its balcony rails – to its recent (vego- and vegan-friendly) reinvention. After just two years under new management the pub went into voluntary administration in April this year before closing its doors. It’s a challenge NOLA owner Oliver Brown is up for.

“It’s definitely a big undertaking,” he tells Broadsheet. “It’s a good opportunity to revitalise it and do something new. That old-school pub set-up has had its day. We want to bring it in line with what’s happening now in the hospitality scene, and bring some honesty back into it.”

Brown, with NOLA co-owner Joshua Talbot, will revamp the menu and space with a focus on “good local products”. “In the front bar it’ll be pub food but everything will be made … so a chicken schnitzel will have free-range chicken breast from Mount Barker and we’ll do our own wood-oven sourdough crumb on it,” he says. “Pub classics but everything made in-house from local and, where possible, ethical ingredients.”

The drinks will be just as approachable. “We’ll do what pubs do best and have a good range of local beers without honing into the craft beer scene as such – [booze that’s] accessible for everyone, from Melbourne Bitters to Little Bang down at Stepney."

“Your first craft beer is never going to be a Pirate Life Double IPA,” he says. “You might start off with a steam ale or something like that that’ll sort of bridge you over. And the same with natural wines – you’re not going to get a two-year skin fermented orange wine as your first, you might get minimal intervention pinot gris from the Hills.”

Despite the changes – and the venue’s recent struggles – Brown and Talbot are keeping the name, albeit with a new nod to the past. The newly dubbed Stag Public House takes the site “back to its original roots,” Brown says.

“The reason pubs are called pubs is because they were public houses. We’re taking it back to the old-school honest Aussie pub. The pub has been around since 1849, so there have been more good times than bad times. There’s probably no pub with a stronger name, location-wise. You hear Stag and you know exactly where it is.”

An adjoining restaurant will be known as Charlick's – named after William Charlick who established the Adelaide Fruit and Produce Exchange (on the same block) in 1904.

So with NOLA just next door, is Brown worried about cannibalising his own crowd? “The more good venues down here the better,” he says. “Increased quality in the area as a whole helps everyone. And we’re going to focus on different things, you know? We’re a pub – we’re not going to sit there and do a perfect Manhattan. We’ll let the guys at NOLA nail that. What we’ll do is pair a delicious nitrous stout with a schnitzel. We’ll do the pub thing and do it well.”

Sans-Arc Studio designer Matiya Marovich (who also worked on NOLA) has been tapped to transform the site. The brief? A “timeless pub fit-out… a bit more homely and atmospheric,” says Brown. “What we want is a good, honest pub where you know the owners, so there’s a bit of a face to the venue. A warm vibe-y feel.”

Stag Public House will open in late July. Keep an eye on Broadsheet for more details.