Grab takeaway from an Adelaide institution – without dealing with a crowded restaurant. 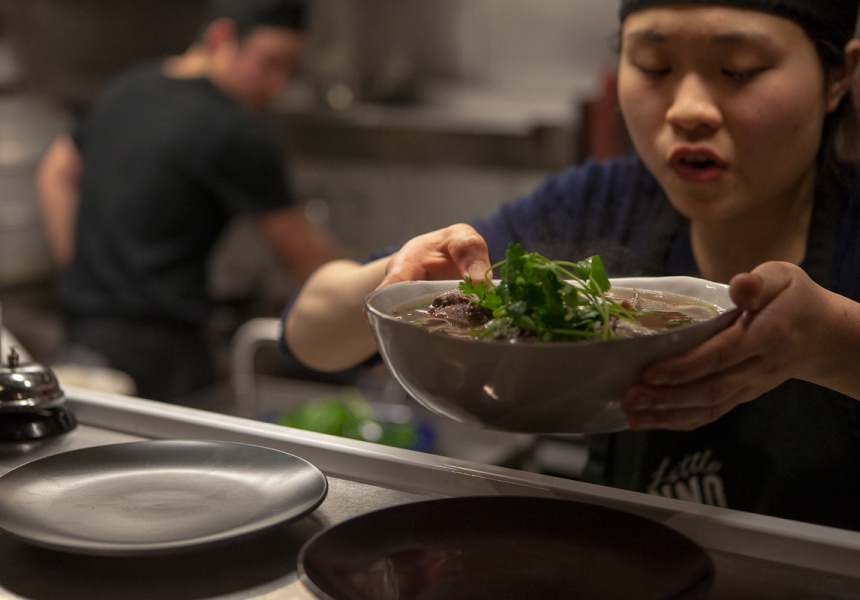 “Friends who’ve tried to place phone orders at Woodville often can’t get through ‘cause the line’s always so busy,” says Jennifer Luong, who runs Little NNQ and 3rd by NNQ. The answer? NNQ Express.

It’s all in the name, really. Expect super-quick and easy Vietnamese staples that travel well. “Run in, get something, and run out – instead of having to go through a restaurant,” Luong says.

Both the Grange Road and Cheltenham Parade locations were pre-established takeaway joints, run by Luong’s uncle under the Asian Taste brand.

At NNQ Express there’s banh mi chock-full of the customary fillings, vermicelli salad bowls and pho, to go. “A lot of people like pho but don’t have time to sit down and eat a big bowl,” says Luong. Her version comes in a cup. “Sip it, then munch on the noodles later.” Vietnamese iced coffee is a given.

The two locations share an almost-identical menu. Though the Henley Beach outlet has a few beefed-up options – such as stir-fries and rice bowls – for the dinner rush. Nearby seasiders can also treat themselves to home delivery.

“Express” doesn’t sacrifice quality. Most of the prep is done at Woodville (or “the food factory,” as Luong puts it). Her mother – NNQ mastermind Huong Ngo – oversees the outlets’ kitchens.

All going to plan, NNQ Express will head south in the not-too-distant future. “How south, we don’t know yet,” says Luong. 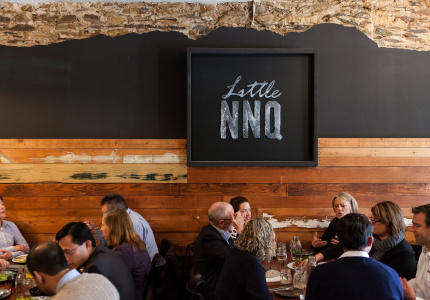