The Leigh Street institution is being rebooted as a special occasion restaurant and bar complete with booths, timber, brass and “old-school grandeur”. 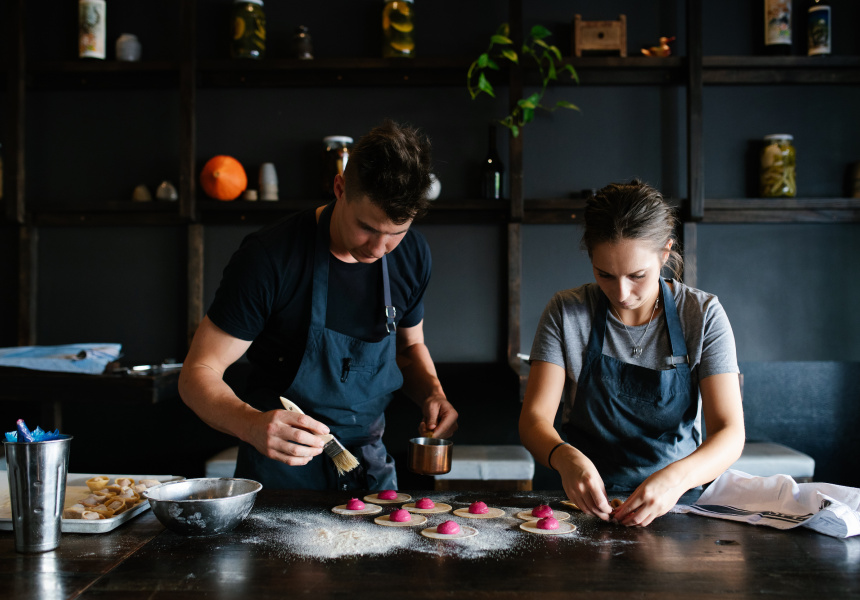 Laura and Max Sharrad, the husband-and-wife team behind Hyde Park pasta bar Nido, are bringing their polished brand of Italian cooking to the CBD.

For Kardachi, the decision to take on the space was 12 months in the making and involved no small amount of encouragement from long-time landlord George Ginos. Kardachi eventually succumbed, swayed by the site’s history, location and excellent set of bones (he was especially charmed by the cigar bar attached to the main dining room).

“That whole package of Leigh Street, the city, an iconic location and a great room: it just makes sense,” says Kardachi, “What Max and Laura are doing at Nido is evidence that there are bigger and better things we can do.”

In this instance, bigger and better is Fugazzi Bar & Dining Room, a 185-person Italian restaurant targeted at the “big night out” market. Although it’s still early stages for the project, New York is frequently referenced in the Fugazzi discussion, not least because the word “fugazi” is New York slang for a fake. Long-time Kardachi collaborators Studio -Gram have been enlisted to bring the restaurateur’s vision of “old-school grandeur” to life: think three-quarter height booths, acres of timber, brass accents and a bar that’s as much a draw as the dining room. (The space will be designed so that guests enter and leave via the bar). All the hallmarks one might associate with a classic New York red sauce joint. And the food? For now, “Italian” is about the extent of what the Sharrads – who will be splitting the role of chef and general manager at Fugazzi when it opens – are happy to reveal.

“Nido is all about what Max and I grew up eating,” says Laura. “I like to think this new one will be a bit more of a flex. Somewhere you can dress up and make an occasion of it. It’ll be a bit more modern, a bit more sophisticated.”

“At this point, we don’t want to pin down exactly what we’ll be doing,” says Max, “but we will say that we’ll be true to the style that Laura and I cook in, which is riffing on tradition.”

The Sharrads will have plenty of personal stories to draw on, starting with their shared Italian heritage: Laura’s family story is spread between Tuscany, Veneto and Sicily in the country’s south, while Max’s Italian heritage is in Friuli-Venezia Giulia, the north-eastern pocket of Italy bordering Slovenia and Austria. Both have cooked extensively across the city, with places like Shobosho and Orana – where they met – featuring on their CVs. Max was named the 2018 Appetite For Excellence Young Chef of the Year and spent time at Copenhagen no-waste restaurant Amass as part of his prize. Laura, meanwhile, recently enjoyed fame as resident “pasta queen” on the latest season of Masterchef. So there’ll be handmade pasta on the menu, right?

“I’ll leave that to your imagination,” says Max.

What the partners can confirm, however, is that winemaker Justin Lane – founder of Alpha Box & Dice and Freddy Nerks – will be in charge of the wine program and continuing the work he’s currently doing at Nido. On the topic of the mothership, the Sharrads plan to divide their time between Nido and Fugazzi when the latter opens. 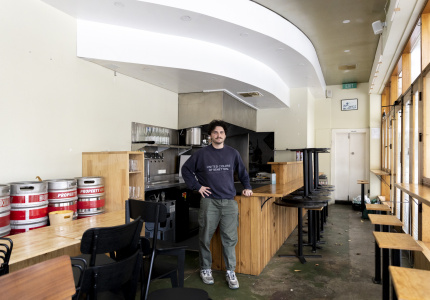