Simple Scandinavian eating from the family behind Swedish Tarts and Hermanos Cubanos. 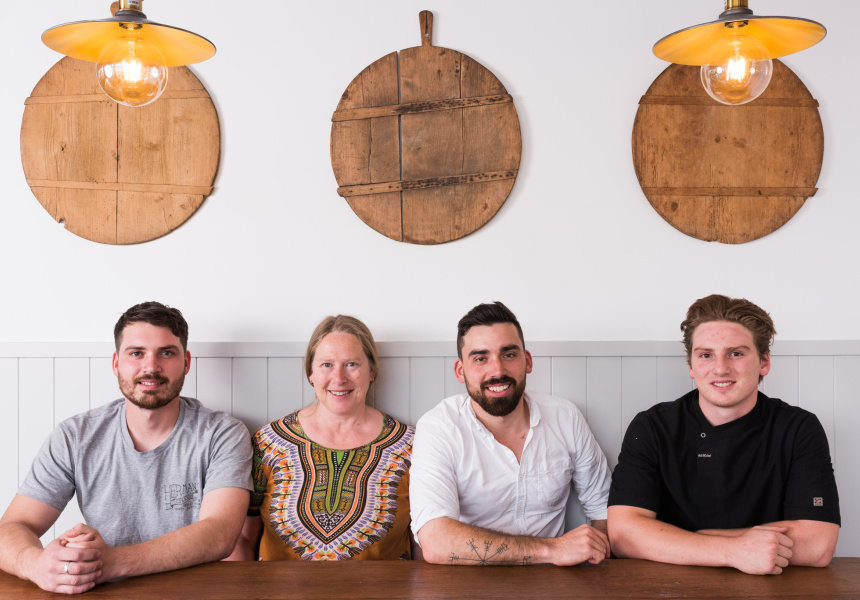 “New Nordic” is as much an ethos as a cuisine. It’s the practice of minimal interference and accentuating every ingredient in a dish.

New Nordic – the venue – is part of the new Palace Nova cinema complex on Prospect Road. A family affair in the truest sense, it’s the latest opening from the Vanzatis (Swedish Tarts, Malobo and Hermanos Cubanos) – and the most ambitious.

Matriarch Louise Matschke is executive chef. Her menu is at once approachable and enticingly exotic. “I think people will be surprised how comfortable they are with Scandinavian food,” says son Mattis Vanzati. “A lot of modern brunch dishes are derivative of Scandinavian cooking.” His brother Liam can also be found in the kitchen, in his role as sous chef.

The menu flirts with familiar staples, introducing European elements Mattis assures us are authentic. There’s gravlax, a mackerel omelette and a big breakfast with meatballs and pickles. At dinner it’s small plates for a pre- or post- movie meal.

The Vanzatis migrated from Sweden to Paris Creek (“the food bowl of the Adelaide Hills”) when Mattis and his siblings were young. Fusing traditional Swedish cooking with locally sourced produce is their normal, and they’re sharing that at New Nordic. “My dad worked as a groundskeeper for Coriole … Mum was a cheesemaker at Woodside [Cheese Wrights] for many years,” Mattis says. "We get our rhubarb from a guy I went to primary school with.”

A hiccup with the liquor license means the bar won’t open for another few weeks, but we expect good things when it does. Bartender Mathieu Seban has been experimenting with scented vapours, in-house gin infusions, homemade syrups and nostalgic Nordic flavours like saffron and dill. Mattis says the bar will be stocked with “anything local we can find,” alongside imported specialties like Aquavit (a heavily-spiced spirit made with caraway or fennel).

New Nordic will also serve something called “kaffekask” – a traditional Swedish kickstarter (essentially espresso and vodka) – from 10am. “It’s a good pick-me-up,” Mattis says. Adelaide’s 1645 Coffee Roasters is providing a bespoke blend and single origins, roasted for espresso and filter.

The venue is built for all-day dining. It’s casual and welcoming, opening out onto recently redeveloped Rose Street. Imagined by VÄXT Design Studio – the Vanzati’s in-house team, lead by architectural designer Lukas Vanzati – it echoes the business’ culinary principles of working with quality raw materials, executed with modern finesse. Timber is a key feature, offset by a Scandinavian palette and accented with sentimental touches. If you enjoy your meal, leave a tip in the family’s repurposed glögg pot on the counter. 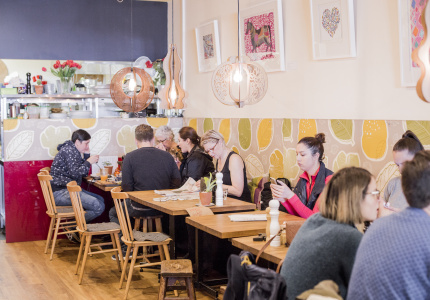 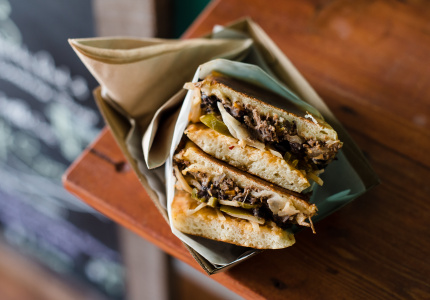