With a pan-Asian menu and bright interior, it’s the most distinctive Ricky’s to date. But it doesn’t stray too far from its Malaysian roots. 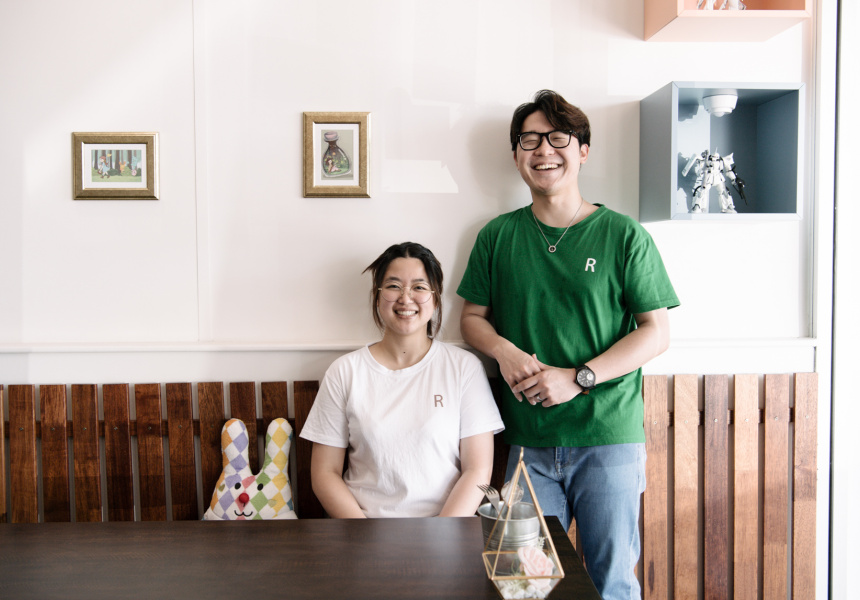 Ricky’s. The name is synonymous with Hainanese chicken rice from the ever-popular Ricky’s Chicken Rice in Chinatown’s Market Plaza Food Court. But around a decade ago owner Ricky Chau sold up and moved on. He opened Ricky’s Kitchen in Southern Cross Arcade before leaving to open a stall at Kilburn’s Churchill Centre.

With Chau settled in Kilburn, couple Anne Feng and Allen Kim are behind a newly opened incarnation of Ricky’s Chicken Rice in North Adelaide.

“My mum is the owner of the store in Chinatown,” says Feng. “We immigrated here in 2008 and have been operating it for about ten years now.” Feng enjoyed helping out so much she wanted to open her own Ricky’s; Kim also worked at the Chinatown location.

Their new restaurant is distinct from those that share its name. Kim, who’s Korean, has included dishes that reflect his upbringing: kimchi-and-pork dumplings and pajeon (a spring-onion pancake with prawns). The well-travelled pair also drew from their dining experiences on recent trips to Taiwan, Japan and China.

Plenty of Malaysian favourites still have a place on the menu. Just like at the original Ricky’s, there’s Hainanese chicken rice, drunken chicken and char kway teow (stir-fried rice noodles).

“In the future we’re hoping for special menus changing weekly or monthly,” says Feng. “We want people to get to try different things.” A dessert menu is also on the horizon; Kim teases a Taiwanese pineapple cake and a sweet Korean-style pancake with nuts.

The venue isn’t licensed but there are plans for it in the near future. Currently there’s Taiwanese-style iced tea and non-alcoholic Mojitos.

Kim’s parents are behind the fit-out. “We wanted it to look different to the other restaurants,” he says. Feng adds: “We didn’t want it to be fancy – more like a cosy place for people to gather.” It’s bright and unashamedly cute: a cartoon chicken (designed by Feng’s sister) adorns the signage, patterned cushions cover the seats and colourful illustrations line the walls.