A New Era for Adelaide’s Marino Meat and Food Store

Freshly made pasta and cannoli, dry-aged meat and hard-to-find Italian products await at this Central Market institution. And it’s just had a slick makeover from Sans-Arc Studio. 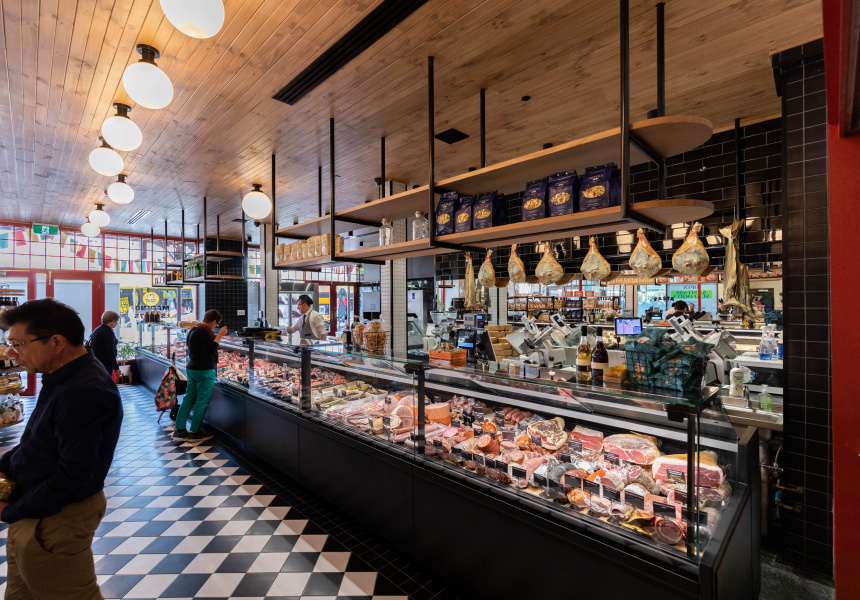 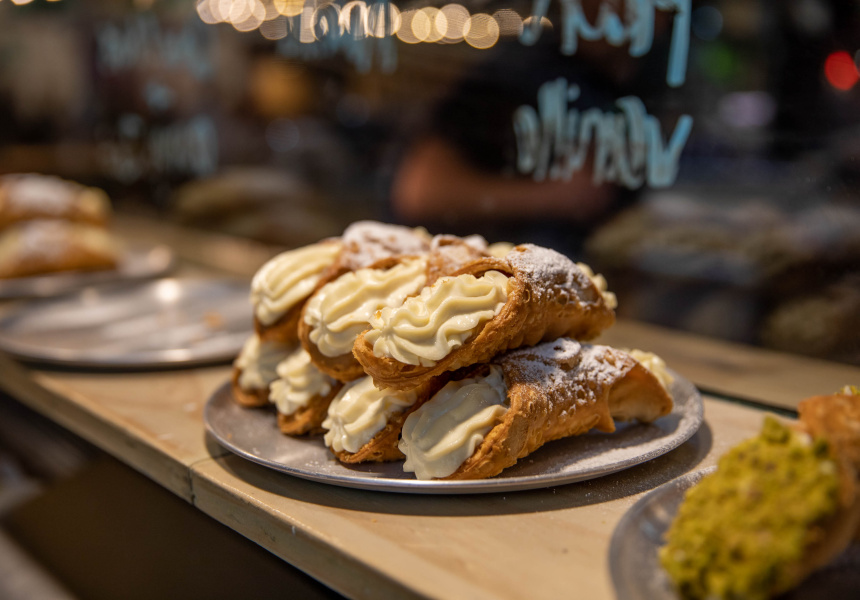 One of the perks of owning a specialty food store is that lunch is as easy choosing something from one of your shelves. At least, that’s the case for Riccardo Marino, the third-generation owner of Marino Meat and Food Store at the Adelaide Central Market. “The canned fish items … they’re such good quality. I love them, I always take some home,” he says.

They’re just one offering in a store filled to the brim with Italian and other European food products. One of the first of its kind in Adelaide, the Gouger Street-facing shop has been a continental butcher and deli since the early 1950s. The Marino family purchased the store in 1975, and in the intervening decades, it’s been a crucial stop for Central Market shoppers looking for meat, cheese, olive oil, pasta and more.

Riccardo took over the shop in 2011. His wife, Katrina Marino, is responsible for visual merchandising. “When I took over, we were just a pure retailer, and I expanded the business into food service – so supplying a lot of Adelaide’s restaurants,” says Riccardo. “This store originally catered to Italian immigrants, whereas that’s not so much the case anymore.”

“It’s probably a younger demographic than before, too,” says Katrina.

The changing customer base meant it was time for a re-brand, so the Marinos enlisted designer Matiya Marovich of Sans-Arc Studio and artist and typographer Tristan Kerr of Uppercase Studio for help.

“We wanted to re-create and modernise the nostalgia of Italian butchery,” says Riccardo. Inspiration was drawn from places the Marinos had seen interstate and overseas (such as the Italian-focused marketplace Eataly), and the result is a stylish one. There’s gold-leaf typeface on the shopfront windows, timber shelves and thoughtfully arranged products. The new look, which debuted in September, pays tribute to the heritage of the store with checkered tiles on the floor and wooden panelling on the ceiling.

There’s also an emphasis on showing customers how food is made; pasta is now made on-site daily (using a paster extruder from Padova, Italy) and meat is dry-aged (a process that enhances flavour and tenderness) and displayed in a fridge shelved with pink Himalayan salt bricks (which also enhance the flavour of the meat).

Outside the store, a pop-up bar serving porchetta rolls and freshly-piped cannoli – originally conceived for Tasting Australia – has become a permanent Central Market fixture. The Marinos knew they were onto a winner when the porchetta would sell out in mere minutes during the festival. “It’s made in-store using South Australian pork, which is then put on a stick to be cooked for the rolls,” says Katrina. “And the cannoli is piped here,” Riccardo adds. “We make the filling ourselves on-site. The shells come in from Sicily.”

In the coming months, the Marinos hope to showcase their meat products to a wider South Australian market and possibly hold cooking classes and other events in-store.