The owner of Real Falafel, Mitch Aldawsari, has opened his first bar. Expect Mediterranean and Middle Eastern-inspired cocktails (including one with gold dust), maneesh with za’atar and cheese, and dedicated karaoke nights. 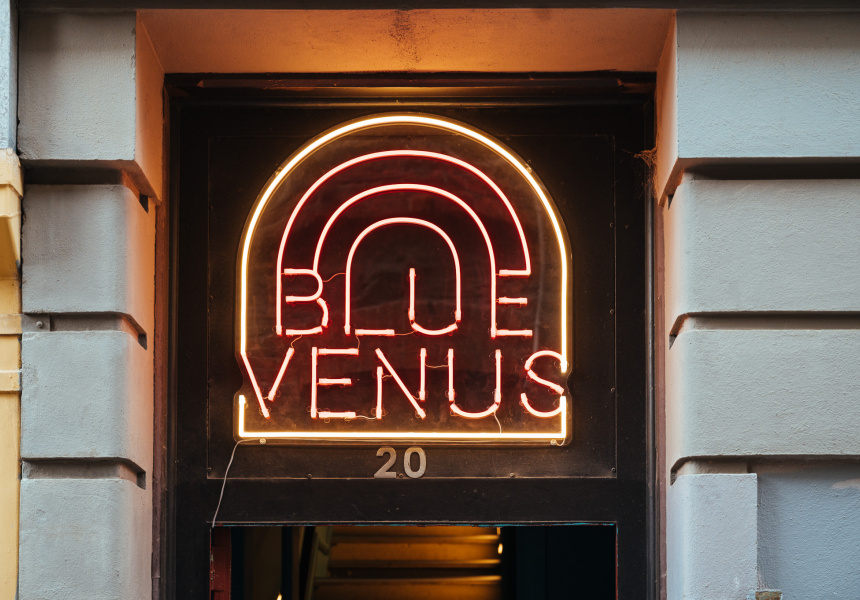 When Mitch Aldawsari arrived in Adelaide from Saudi Arabia in 2015, one of his first jobs was as a glassy at a pub on Hindley Street. Now, with the opening of Blue Venus on Gilbert Place, he has a bar of his own. “It’s a Mediterranean cocktail bar,” he says. “I couldn’t find any Mediterranean, Middle Eastern-style cocktail bars. Adelaide has lots of cool bars [but] I don’t believe in copy-and-paste. I believe in doing something different.”

A cocktail bar is a new challenge for Aldawsari, who has become known for producing some of the city’s best falafel at Real Falafel, which has a presence at the Adelaide Central Market and Plant 4 Bowden.

Blue Venus is named for the goddess of love. “It’s about love and respect, and equality,” says Aldawsari. “We should respect other humans.”

The bar is the latest in a series of openings in the old Red October site, joining Shotgun Willie’s and Memphis Slim’s House of Blues, which both opened beneath it earlier this month.

The space, designed by Nicole Cox of Yellow Sky Design, is all turquoise walls and plush red seating with neon details and floral arrangements by Studio Botanic.

Bar manager Marco Puglia will make you a classic cocktail if you’d like – but Aldawsari hopes that visitors will try their own creations before doing so. “It is so delicious, [the] drinks. The problem is, you scull it in a second!”

Aldawsari’s affinity for the Central Market can be seen at Blue Venus. He’s sourced most produce from there, and always chooses South Australian when possible – there are pomegranates from McLaren Vale, and Turkish Delight (from The Turkish Delight stall.

The bar has two namesake cocktails – the Blue Venus (vodka, blue curacao, lime and pineapple) and the Blue Venus Spritz (blue curacao and prosecco, with a splash of soda). The bar’s Middle Eastern and Mediterranean influences are perhaps best exemplified by the Delight My Rose cocktail, which features a piece of Turkish Delight with rose water, strawberries, vodka, blackberry jam and bitters. “It tastes just like Turkish Delight,” says Aldawsari. “I told one person to order it last night, and if they didn’t like it, they could order something else. They came back for three more.”

Food platters will be available and change over time. Maneesh will also feature on the menu, with za’atar and cheese among the toppings. As for music, disco will be on the playlist every day, with DJs in the venue on Friday and Saturday evenings, and karaoke on Sunday nights. 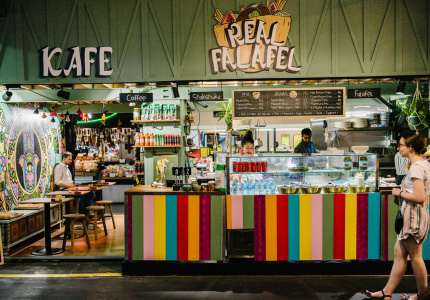