It’s out with white linen and in with marble tabletops. But there are bigger changes in store. 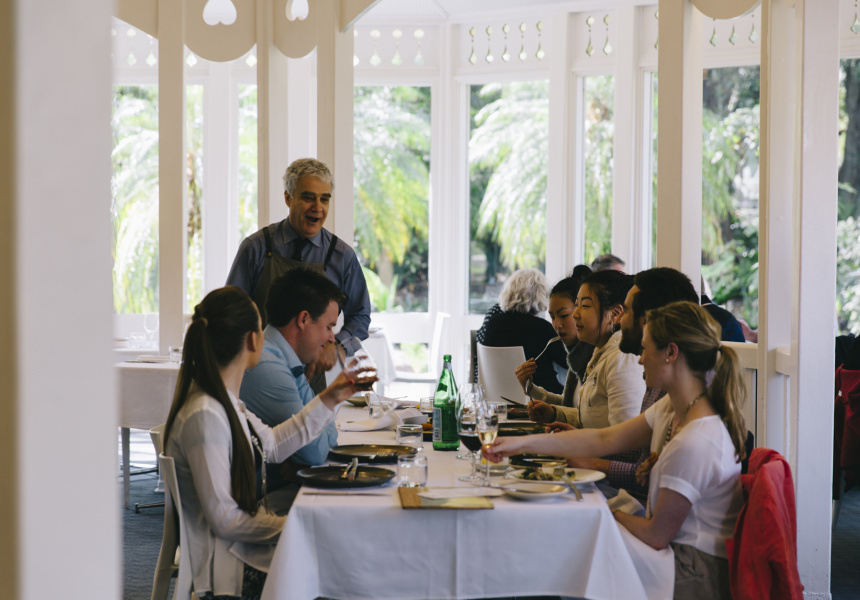 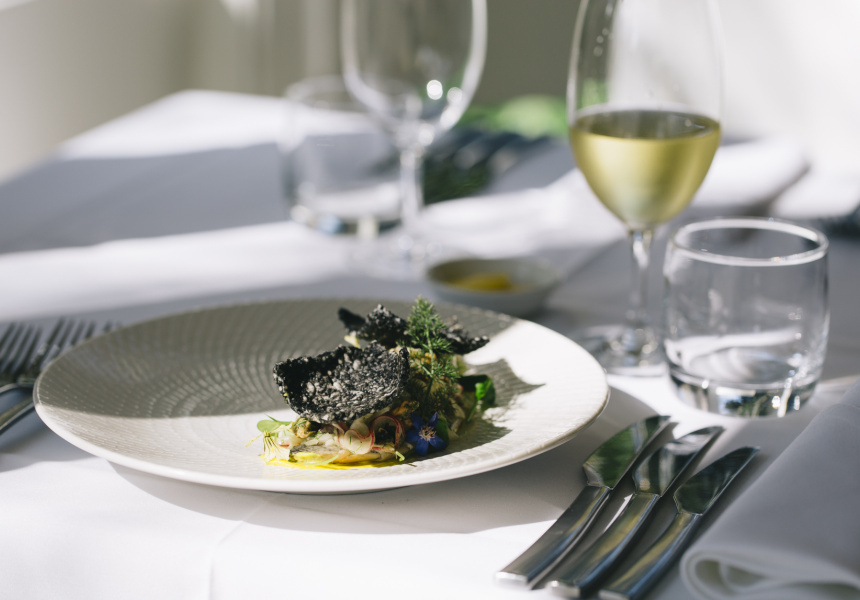 Botanic Gardens Restaurant will receive a long-awaited makeover next month in the first of a two-stage revamp.

Starched white tablecloths will be pulled away to reveal new, solid oak tables with Carrara marble tops; white plastic chairs will be swapped out for sleek timber seats with gold framing.

Baker joined the team in 2014, quickly establishing himself as one of Adelaide’s most exciting chefs. His menu is ambitious and modern, informed by fresh produce plucked daily from the 51-hectare grounds. It ups the ante in the garden-to-plate stakes. But the dated all-white interior of the former tearoom has long belied the inspired food on the plate.

“What we do is pretty unique and so white tablecloths felt quite stale,” says Baker. “We were ready to move on from that … and create something that’s us. That’s been our plan for the last year or so – to bring the décor up to the standard of the food and the service and the wine.”

“It’s an evolution,” says Baker. Tableware, menu design and the food will also “have a bit of a change”. Another Jam Factory artist, Ebony Heidenreich, has contributed bespoke vases and butter knives. Like Baker’s dishes, the detailing is hyper local, “earthy and clean”.

The team brought design firm Williams Burton Leopardi (Iberia, Exchange Specialty Coffee) on board for stage two, which will include major renovations inside and out. “I wanted ... someone completely objective to come in and give us their honest opinion,” says Baker. The verdict? “[They said] once you close the doors on the restaurant you block out the natural noise and the beautiful ambience that you soaked up on your journey to the restaurant.” That journey includes a welcome stroll under towering Morton Bay fig trees, past lush greenery and native shrubbery, before arriving at the secluded heritage rotunda.

Come November, expect those outdoor elements to be brought indoors “without putting token greenery inside the restaurant”, says Baker. He’s staying tight-lipped about further plans but promises “by the end of the year it will look pretty magnificent … you won’t recognise it”.

The first stage of the refurb will be complete on Tuesday August 7. Keep an eye on Broadsheet for further details.