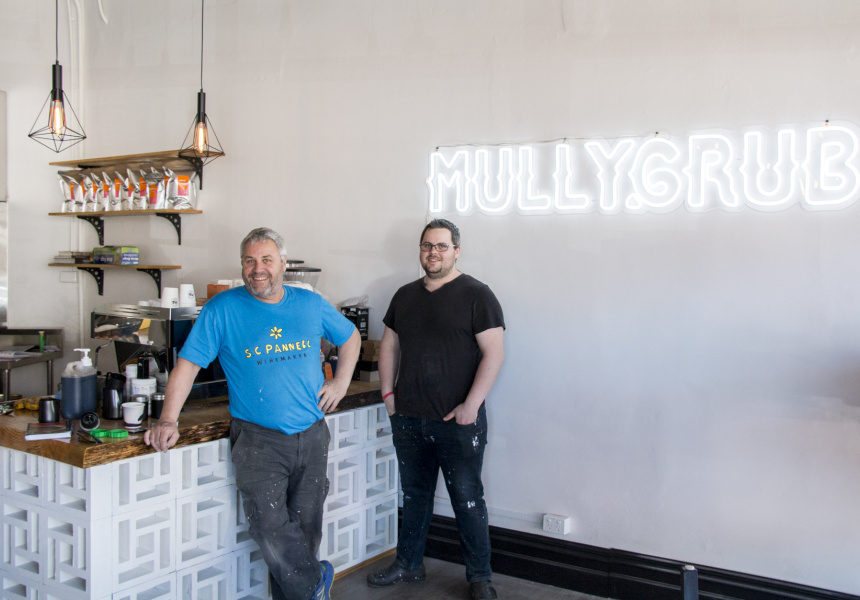 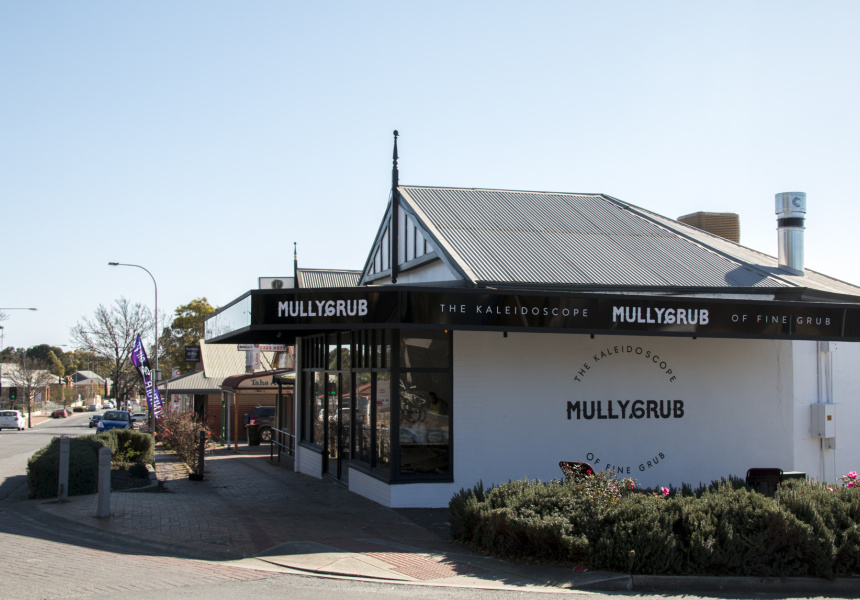 We’ve heard the story before – food truck opens restaurant/cafe. But this time, people of the southern suburbs are getting a piece of the pie, as Mullygrub opens a permanent spot in the main street of McLaren Vale.

After a roaring, two-year trade with their food van, Willunga chef Sean Mullholland and his father Alan will bring their hugely popular “fine grub” to a cafe setting. It’s now a full family affair. Sean’s sister Imogen Mulholland and her partner Matthew Veide have also joined the business.

The truck is hot property, often booked out months in advance for public events such as Friday’s After Five in Aldinga, The Porch Sessions, Gorgeous Festival and Fork on the Road, as well as private functions. Why so popular? The food is simple and tasty, but a little more creative than your average van fare.

The menu features a coconut-crusted chicken burger, house-smoked Reuben sandwich, ricotta gnocchi, crispy-skinned salmon and fish tacos, many of which will now be available at the cafe. There will also be artichoke chips with guacamole and mushrooms; an 18-hour house-smoked lamb and daily-made potato gnocchi. “I didn’t want to lock myself into a certain cuisine,” Sean says. “I think I would get too bored doing the same thing.”

Sean and Alan moved to Willunga from Sydney five years ago. Sean worked at Neil Perry’s Rockpool and several Sydney cafes before making the move to SA. He worked at Fleurieu hotspots The Kitchen Door at Penny’s Hill Wines and The Currant Shed before launching Mullygrub in 2015.

Sean says the truck will still pop up at “select” events and functions. “The truck was a good stepping-stone,” says Sean. “Dad and I always said we’d do something [like this] together, so we were at the pub one day having a few beers and just decided to do it. We certainly don’t want to stop the truck, this is just a step up.”

Sean and his team are making the most of their fertile surroundings. “We’re using as much local produce as possible, like Ellis butcher around the corner and Scoop greens in Aldinga.” There will also be coffee from McLaren Vale roaster Villeré Coffee, and wine and beer from nearby producers – liquor licence pending. The truck’s signature kaleidoscope logo has been replicated in-store by McLaren Vale designer David Byerlee.

The concept is modelled on Bellyfish in NSW – which, coincidentally, is also run by a father and son team – where Sean was head chef for five years. “They opened at 5.30am and I was out by 3pm. That morning rush of tradies was crazy, and people travelling into the city too. I’m hoping this is what McLaren Vale needs, especially with all the winemakers and city commuters.”