The co-owner of Kintaro Sushi has enlisted a Madame Hanoi chef to craft a menu specialising in ramen and Japanese golden curries. Plus, a tight edit of sides including crisp gyoza and plump fried tofu. 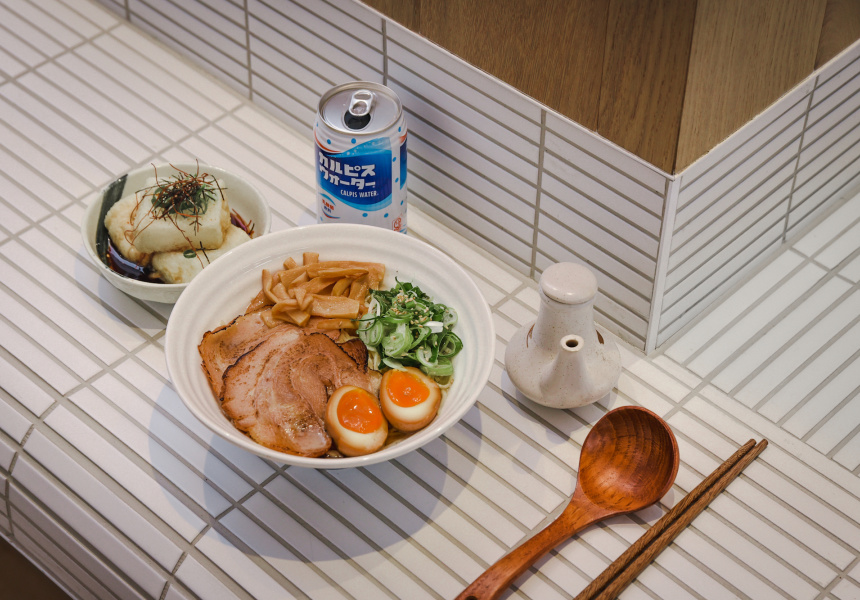 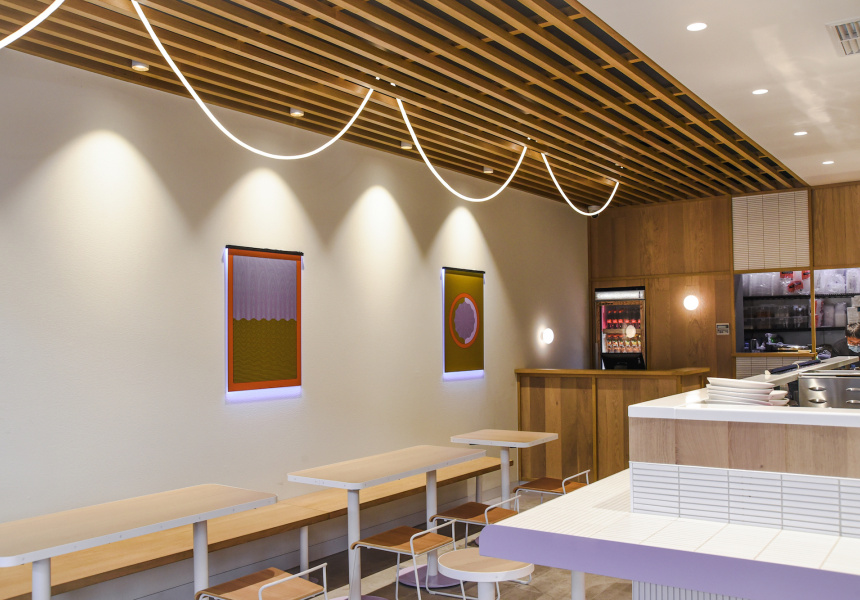 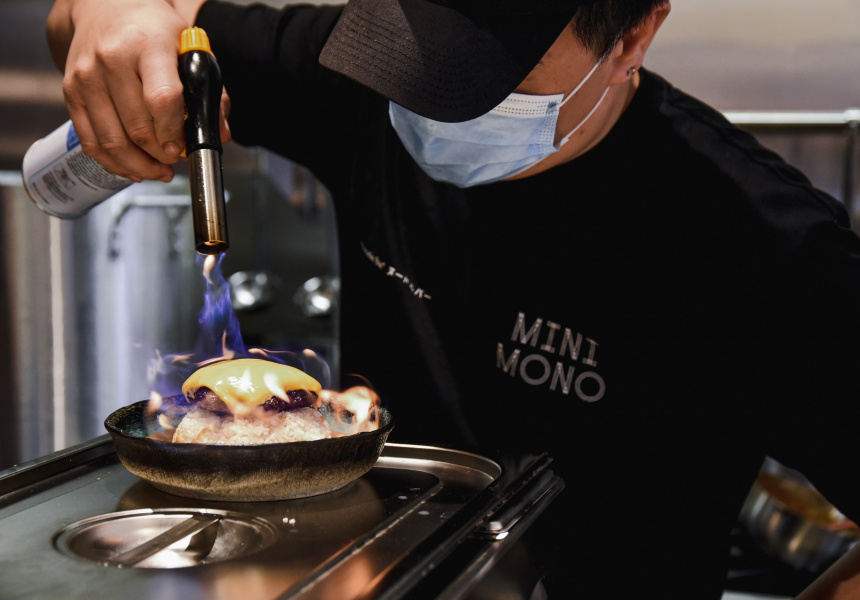 The space opened on Rundle Street in the former Sushi King site in mid-September, with a design by Guo’s regular collaborator Faculty Design, working closely with graphic designers and branding specialists Studio OK-OK and Peculiar Familia .

The name Minimono is a fabricated word that reflects the spatial concept: clean, modern minimalism. A tiled bar is flanked by five stools, and there are a handful of tables against the walls. A noodle-like lighting feature hangs from the ceiling above a series of illuminated illustrations on the wall – various representations of bowls of ramen. It’s a simple space, directing all your attention to the main event: stacked bowls of steaming ramen.

The big bowls of bigger flavours are the creations of executive chef Benjamin Liew, who’s overseeing the menu while working as sous chef at Madame Hanoi. It’s a change from the Vietnamese-French fusion he’s cooking at the Sky City restaurant (he also spent 12 years cooking in the US and did a stint at the Shangri-La Hotel in Singapore as a pastry chef). But his background lies in Japanese food, he tells Broadsheet.

“Since I was 19 years old I’ve learnt in Japanese restaurants,” says Liew. “I’ve been a teppanyaki chef, a sushi chef … it’s my food.

Liew’s menu includes a classic tonkotsu – a 12-hour pork broth with chashu pork, menma (fermented bamboo shoots) and ajitsuke tamago (a jammy marinated egg) – and a soupless tantanmen ramen (similar to dan dan noodles) with pork mince, bamboo and bok choy, plus non-traditional variations such as an umami-packed truffle ramen with chicken broth (Liew: “I had a truffle ramen in Melbourne and loved it but I believe I make it better”) and a lobster ramen made with a lobster-head broth and served with a lobster tail. When Broadsheet visits, Liew’s using lobster from Queensland waters and says he’ll use South Australian crustacean when our lobster season begins.

The chef, who used to own vegan eatery V-Vego on Gawler Place, is also serving up a vegetarian ramen made with a kombu broth and served with plump cubes of fried tofu and a medley of oyster, king oyster and shiitake mushrooms plus raw enoki for crunch. He’s currently experimenting with eggless noodles so he can offer a vegan version.

Beyond ramen, there are three Japanese curries – chicken katsu, pork katsu and a “cheeseburger curry” with a Wagyu patty and melted cheese – and a tight edit of sides including gyoza, karaage chicken and that crisp fried tofu.

“We make our noodles, we make our soup … I would say, 90 per cent of things we make here,” says Liew. “Our soup takes 12 hours, our curry sauce takes eight hours … it takes a lot of effort. That’s why the menu is small. We just want to focus on two things: ramen and curry.

“In the future I want to do more things – like chicken-wing gyoza, so you take out the bone and fill up the wing … but I don’t want to do too much and have the quality go down.”

He’s also testing squid-ink noodles and plans to introduce monthly ramen specials, including one with an oyster and anchovy broth, topped with a tempura jumbo Pacific oyster. He may also tap into his pastry-chef background and add a yuzu cheesecake to the menu. There’s no liquor license, so the drinks list is limited to soft drinks, including Japanese brands Ramune and Calpis, and cold and hot tea. 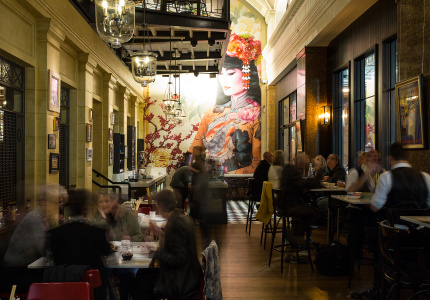