All-vegan Vietnamese for the inner south. 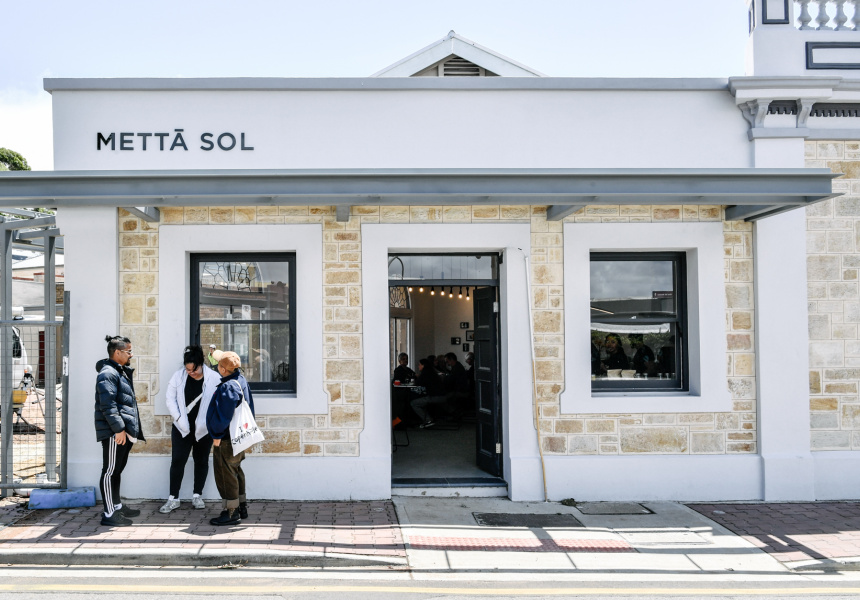 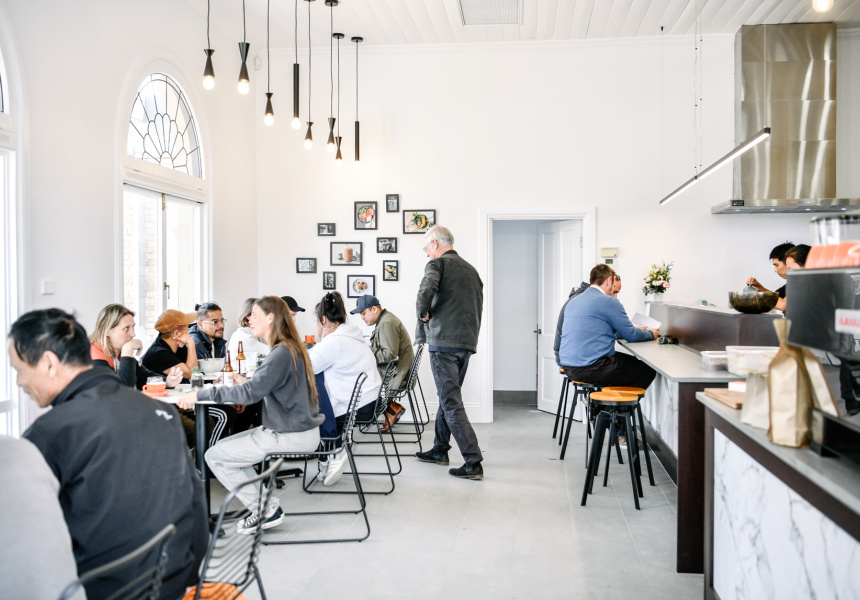 It’s standing room only when Broadsheet visits Mettā Sol on opening day. Owners Cindy and David Nguyen are working busily in the kitchen. Nothing could wipe the smiles off their faces.

“One customer said we looked so calm for our first day … and she felt it in our food,” Cindy says.

The entirely plant-based Vietnamese eatery, just off Goodwood Road, is a comfortable place to be. Huge windows fill the space with natural light. There’s a hanging herb garden in the open kitchen that’s hooked up to an original stone wall.

The menu runs daylong. “In Vietnam you eat pho for breakfast,” says Cindy. “We want people to have that choice.”

Typical breakfast options include a paleo banana muffin with espresso coconut cream, and toast smeared with mushroom “paté”. It’s a play on the liver paté often found in banh mi. “There’s a nostalgia to cracking open a can of it,” says Cindy. “But there’s not really a vegan alternative.” The mung bean sticky rice is “quick, flavourful and will keep you full all morning”.

“Not many people know how much you can do with Vietnamese food that’s plant-based,” she says. Expect a highlights reel of Vietnamese staples. There’s pho, ciabatta-based “banh mi”, vermicelli salad bowls, rice-noodle rolls and dumplings. Sauces, spreads and vinaigrettes are made in-house.

Produce comes predominantly from small suppliers in the Central Market. There’s also loose-leaf tea from Wildfire Organic in Willunga and kombucha from local brewer Scull, which has just opened a taproom in the CBD.

“A lot of people recognise Adelaide as a vegan capital,” says David. “Every area has its own hotspot.” It looks as if Mettā Sol could be just that for Goodwood.