Johnny Di Francesco’s margherita pizza was once named the world’s best – and now you don’t have to travel to try it. 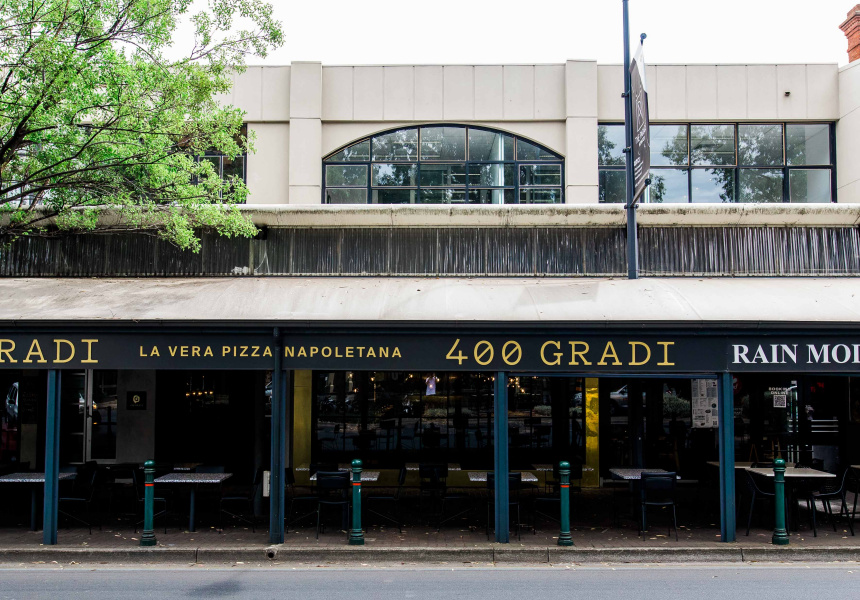 Almost a year after announcing plans for a multinational expansion, Melbourne institution 400 Gradi is here.

It’s the brand’s first Australian restaurant outside Victoria, lodged in the former Gusto Ristorante site on The Parade, Norwood.

There are also locations in New Zealand, the Middle East, and on board P&O’s Pacific Explorer cruise ship.

Founder and chef Johnny Di Francesco started making pizzas when he was 12 and opened his first pizza shop at 18. In 2014 his margherita was named the world’s best at the Campionato Mondiale Della Pizza (Pizza World Championships). Last year he received the Best Pizza in Oceania award at the 50 Top Pizza Gala in Naples. But he knows he’s only as good as his next pizza.

“Making a pizza for a competition, and replicating that same pizza thousands and thousands of times are two different things,” Di Francesco tells Broadsheet. “I’ve been able to do that, and that’s the trick.”

He adheres to the strict rules of the Associazione Verace Pizza Napoletana, widely considered the world authority on traditional Neapolitan pizza making. “You’re never gonna get a picture-perfect pizza – and it’s not supposed to be like that – but the method you use to get there should always be the same,” he says.

At his newly minted Adelaide restaurant two Italian-imported wood ovens, which fire house-made dough for 90 seconds at 400 degrees (400 gradi), take pride of place. They’re ablaze, already doing their job when we visit. The air conditioner, though, is not. “It’ll be sorted [before opening]!” Di Francesco assures us.

The 110-seater is smaller than Di Francesco’s Melbourne restaurants, which will allow the menu to change more frequently, he says. “But there are certain things people don’t ever want us to touch.” Beyond the star margherita, he calls out crowd favourites such as the mozzarella-stuffed arancini balls; polpette al sugo (meatballs with Napoli sauce); and ricotta-topped gnocchi made on-site. Of 70-odd listed wines, most are South Australian.

You’ve heard of bottomless Margaritas (the cocktail), but how about bottomless margheritas (the pizza)? On weekends – starting from Saturday February 2 – between 4pm and 6pm, “You can eat as many margheritas as you like, and also drink as much as you like [from a five-drink list],” says Di Francesco. It’s a steal for $45 a head. Skip lunch. 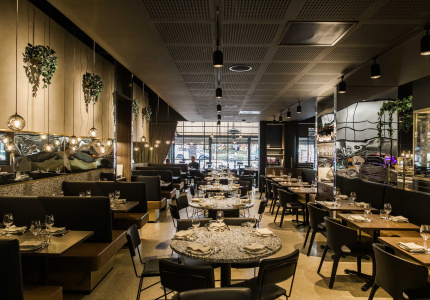 121 The Parade, Norwood
Book a Table