Sarah Feehan and James “Shorty” Hanus will be on the frontline at Noma’s Mexican outpost. 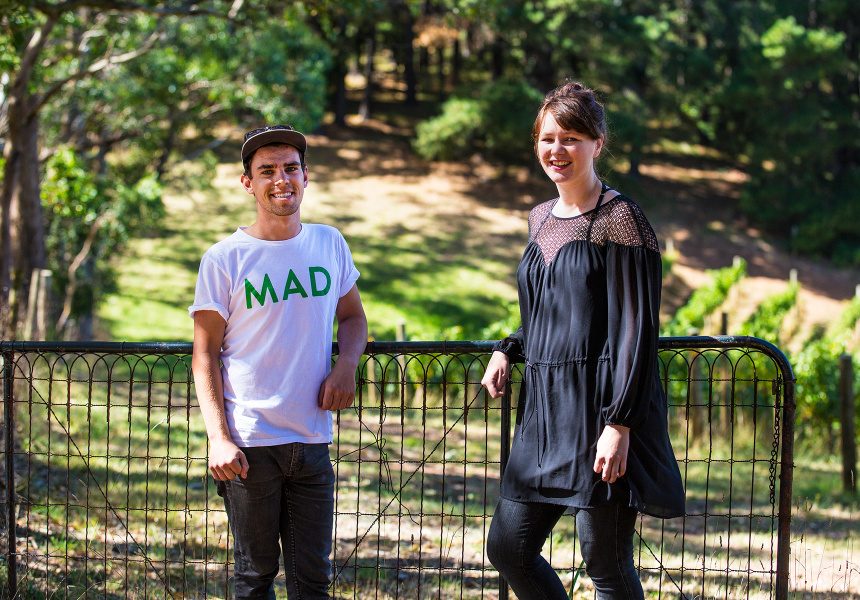 It’s not often a job takes you from Adelaide to Tulum in Mexico via Sydney and Copenhagen. It sounds like the lifestyle of a jet-setting CEO, but for two Adelaide waiters it’s just another perk of working for one of the best restaurants in the world.

Sarah Feehan and James “Shorty” Hanus are familiar faces around Adelaide’s dining scene. Maybe Shorty has poured you an espresso while cracking wise at Paddy’s Lantern. Or perhaps you scored a coveted ticket to one of the roving feasts Feehan presented with her partner, chef Tim Bourke, in their South West Supper Club. But, for the next few months at least, the pair has other plans.

Feehan and Hanus are members of the 120-person team (which has seven Aussies in total, including Noma’s newest co-owner, Adelaide expat James Spreadbury, and Bread & Bone’s Kane Slotegraaf) travelling to Mexico for a six-week Noma season.

“I expect it to roll out in a similar way to the Sydney pop-up Shorty and I were part of,” says Feehan. Though she admits: “There’s a small sliver of the ‘who knows?’”

She’s keen to reunite with the team and dive into learning a new, locally sourced menu. “It’s all the super-geeky hospo stuff that you just go crazy for.”

Obviously there’s pressure to perform. "Every element is the most extreme version of what it could be," says Feehan. "It’s hard work and quite intense, but there's this element that makes it fun and exciting. It gives you a chance to enjoy the industry."

Her number-one focus going into NOMA Mexico is to upskill as a manager. She’ll be on the lookout for “all the little touches and details most people don’t notice”. The team members, some of whom have been with Noma since 2004, are “especially good at mentoring and supporting staff and finding everyone’s special tiny little skills”.

At Noma, every staff member is chosen and valued for what they contribute to the organism. There’s a flexible and carefully cultivated sense of camaraderie between the management, service, wine and kitchen teams. Hanus says on-the-job coaching plays a huge role in the business’s extraordinary success. “You’re never thrown in the deep end. We have some absolute guns who’ve been with the restaurant for a long time, so it never gets that scary.”

Feehan and Hanus agree the main draw of Noma is it offers an unrivalled educational experience. Feehan first flew to Copenhagen in 2014 to stage (intern) at the restaurant for three months. Not everyone could understand why. “The response I was getting from people [back home] was really negative,” she says. “I eventually resorted to fibbing.”

“People kept saying: ‘I can't believe this business expects people to work for free! That's illegal’.” But she was happy to invest in the pursuit of higher learning. “You don't get a free university degree do you?”

This attitude shows the stigma attached to opting for a career as a hospitality professional. “There’s an expectation here [in Adelaide, but also Australia] that if you’re working in hospo and you’re 30, you should be the owner,” says Hanus. It detracts from the sense of purpose and fulfilment many long-serving hospitality workers experience. “In Europe – like Italy – there’s an old dining culture. We don’t have that yet.” Hanus says people assume that, if you’re a waiter, “it’s a job you have while you’re studying something else”.

“At least once or twice a week while working at Orana I’d get asked what my other job was,” says Feehan. “Working 60-plus hours per week doesn’t leave much time for anything else.”

Having Noma on her CV helped Feehan to land her gig at Orana (where she works weekends in addition to her role at Lost In A Forest) where she merged effortlessly into Jock Zonfrillo’s restaurant style. “Jock's crazy and loose and fun. There’s nothing rigid about service.”

When South West Supper Club outgrows its nomadic format, she hopes to open a permanent venue according to a similar model. “I want [South West Supper Club] to be a place where there’s no boundary between front and back of house; where chefs can do everything a waiter can do and waiters can do more to help the kitchen.”

Hanus also plans to resettle in Adelaide. “I didn’t leave to escape. I went searching for opportunities,” he says. He’ll return with a broader experience of the international culinary scene and hopes to inject it into the local industry. “Adelaide has the biggest potential for dining of anywhere in Australia,” he says. “It just takes a few people who are willing to put their balls on the line and we could be one of the top five or six destinations in the world.

“Fourteen years ago Copenhagen was no different to Adelaide.”

Hanus is inspired by people such as chef Dan Hunter (Royal Mail Hotel, Brae) and the team behind The Summertown Aristologist who are pushing hard and presenting “food with the highest integrity”.

Noma opens in Tulum, Mexico on April 12 and will run until May 28.