This is not your average garage project. 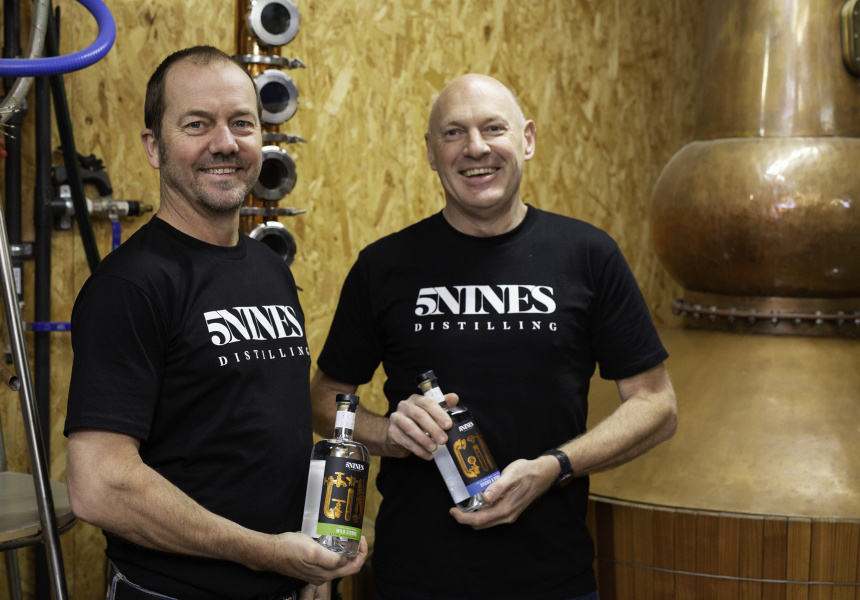 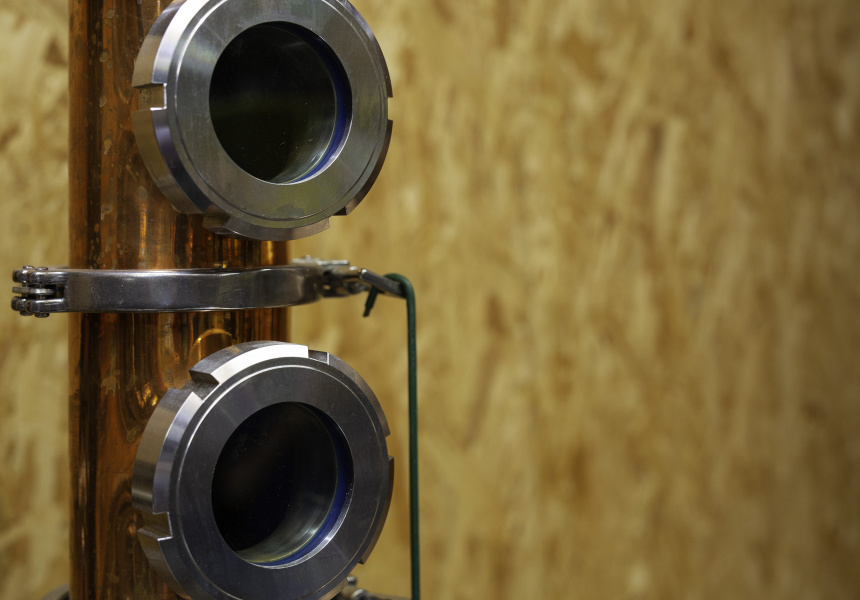 From the outside, David Pearse’s home looks like many of the other houses in the affluent suburb of Greenhill. An SUV sits in the driveway next to a well-manicured garden full of sculptures. Across the road, kookaburras laugh from high up in the gumtrees that overlook the Adelaide plains.

But one glance inside the double garage quickly gives a different impression. There’s only space for one car, and each weekend it has to be moved to make room for a giant mash tun on wheels that is almost the same size. The rest of the space is taken up by fermenting tanks, trolleys, jacks, railings and a gleaming copper still. Out the back is a shed full of barrels with thousands of litres of maturing whisky. Clearly someone’s hobby has got the better of them.

Together with friend Steve Griguol, Pearse has spent the past 18 months turning his house into a functioning distillery. But this project is years in the making. After spending almost a decade working for one of the major banks as an IT engineer, commuting to Sydney every week and missing his family more and more, eventually Pearse decided that something needed to change. His kids have known Griguol’s since they went to kindergarten together, and after the two families went on a holiday to Tasmania that included visits to a few whisky distilleries, he came up with the idea of building his own distillery.

“Dave was going to start it and I said, 'What about me?’” says Griguol, who quickly signed on to the project.

The pair enrolled in a three-day whisky-making course at Redlands Distillery (now Old Kempton) in Tasmania, and set about doing as much research as they could. Rather than ordering a still, they decided they would build one to their own specifications: “Something to give us a bit of a unique character to our whisky instead of having the same shape as everyone else's.”

After toying with the height of the still and the angle of the lyne arm (a limb-like pipe that extends from the still and transfers the vapour to the condenser), they settled on a design that would produce a “soft, more mellow whisky”. Then they got to work.

A cabinet-maker by trade, Griguol built wooden moulds for parts of the 1000-litre gooseneck still using tools from his workshop and beat sheets of copper into shape around them. Then he learned to weld copper. “There was a lot of swearing going on,” he says, laughing.

They installed three-phase power for the still, which “makes the metre spin around pretty fast” with 30,000 watts of electric elements and added an industrial hot-water system. All told, it took the pair three months of weekends to build a functioning distillery. Since then, their weekends have been spent producing spirit to lay down into ex- apera, sherry, port, tawny, frontignac, chardonnay and shiraz barrels. The first whisky will be ready next year. When it gets bottled it will be released under the 5Nines label, a nod to the 99.999 per cent purity the pair is striving for.

In the meantime, rather than waiting around for nature to run its course, the enterprising duo decided to turn their considerable energies to gin. They built a separate still, which they’ve already outgrown, and Pearse estimates “a bit over a year’s worth of experimentation” went into the recipes. The three varieties (which are all available now) are distilled with juniper alongside grain spirit in the pot, and the rest of the botanicals are infused via a basket.

The Rare Dry is a traditional London Dry style that uses lots of coriander seed, and some native botanicals, while Sticks & Stones has a similar botanical profile but is bottled at navy strength (57 per cent alcohol by volume – regular London dry gin is 40 to 45 per cent).

The Wild Citrus lives up to its name thanks to mandarin, orange and two different types of lime. In fact, there’s so much citrus the pair had trouble when the oils continually turned the gin cloudy. Their solution involves filtering it and then bottling it 48.3 per cent ABV rather than the usual 42 per cent. It’s just another example of Pearse and Griguol doing it their way, and it’s a formula that’s working well.