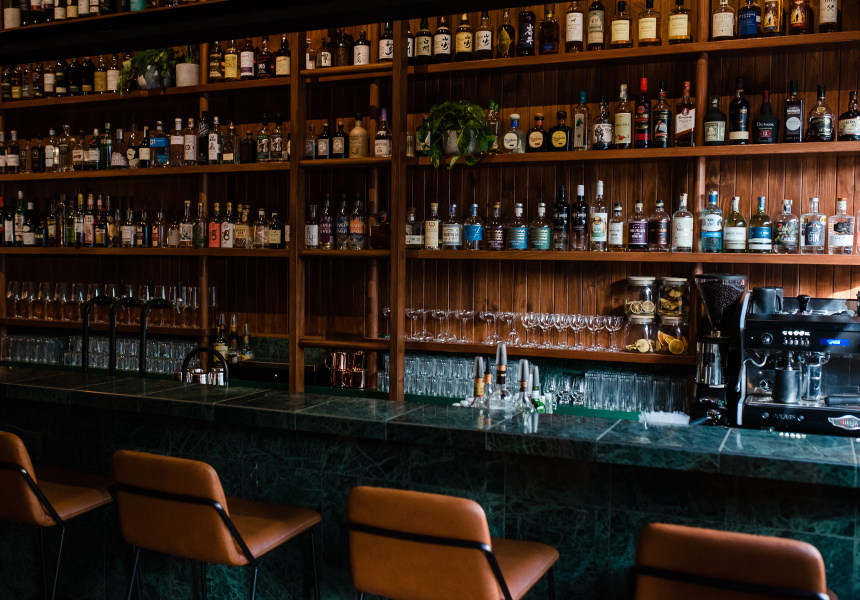 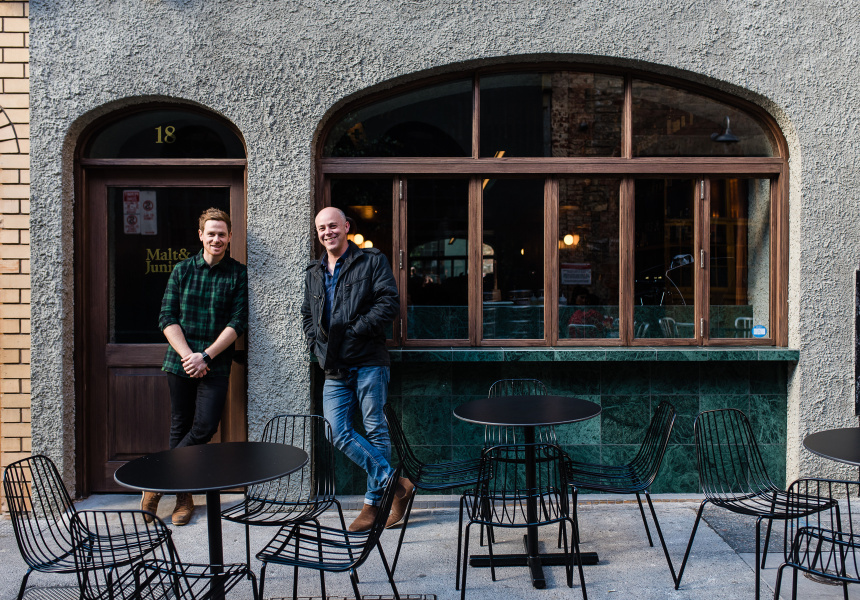 7am on Peel Street. Usually La Moka’s door is the only one flung open. But now its next-door neighbour – recently opened whisky and gin bar Malt & Juniper – has joined the daytime brigade.

Owners Scott Quick and Matt Holding recruited barista Jason Barber to take charge of the weekday-only cafe, which was always part of their master plan.

“We’re closing the gap between a bar and a cafe,” Barber says. He’s pouring a “dark and strong” blend from Plympton Park coffee roaster Sublime.

Caffeinate on the fly or linger in the green-marble surrounds that were recently shortlisted for best bar design at the 2018 Eat Drink Design Awards.

No kitchen means simple (mainly vegan) snacks. Overnight oats and granola “are reminiscent of cocktails served up at the bar,” says Barber. “If there’s apple jam in a cocktail there might be something with an apple-jam base.” There’s also a vegan “sausage” roll, frittatas and fritters, and a few non-vegan picks from Cliché’s North Adelaide boulangerie, such as custard canelés, almond croissants and savoury danishes.

Alternatively, Barber says, BYO lunch or order UberEats to pair with your coffee (or tipple) of choice.

The bar’s liquor licence kicks in at 11am. On weekdays a slightly smaller drinks menu will run from then until full service starts at 4pm.

This article first appeared on Broadsheet on August 30. Menu items may have changed since publication.