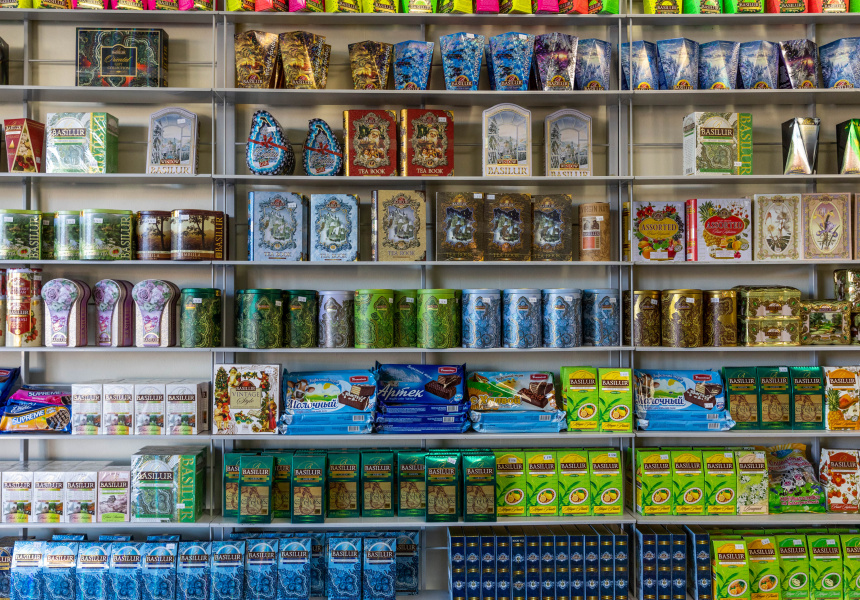 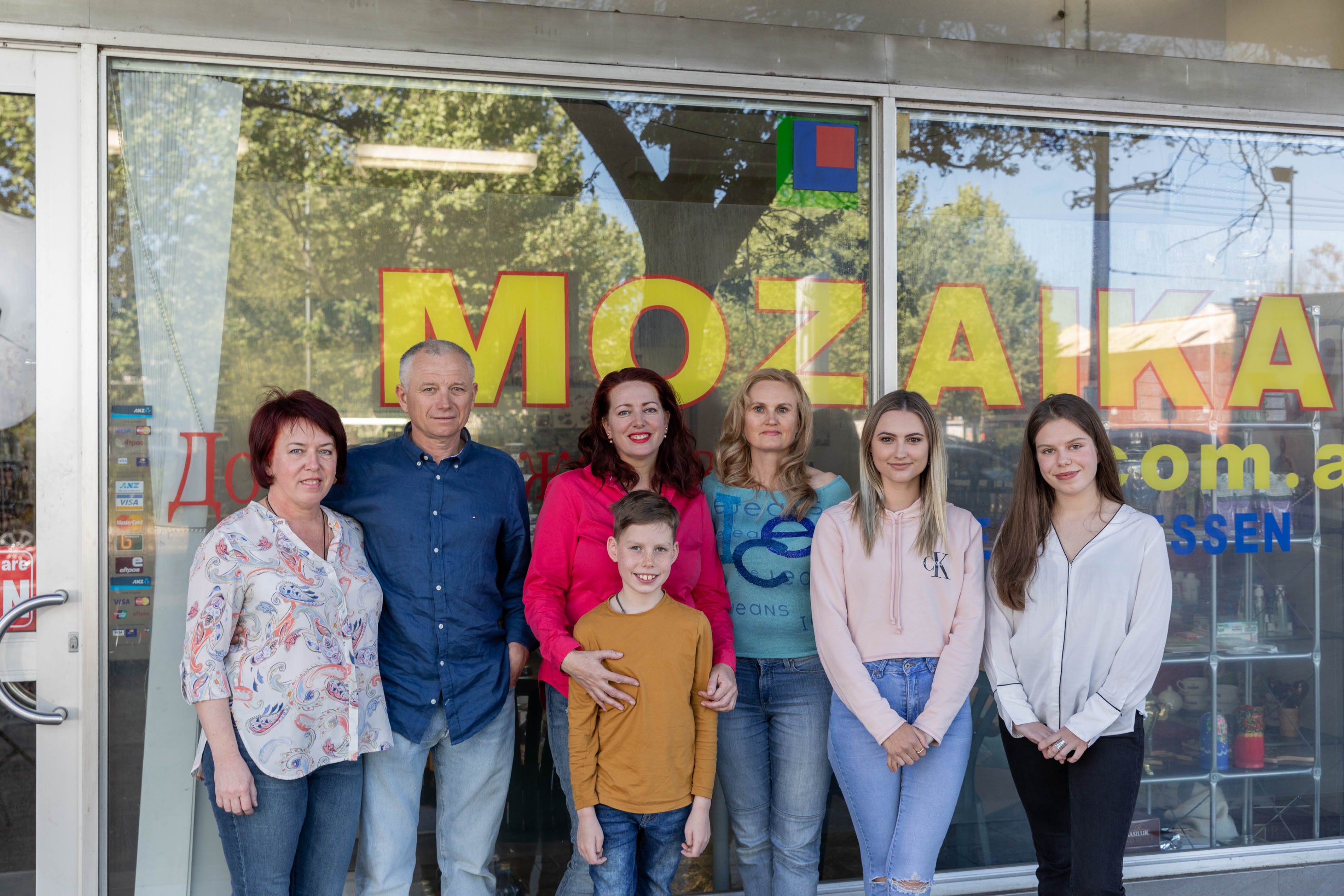 You’ll find Mozaika underneath North Terrace House, a 1970s brutalist office block on the city’s eastern limits. The shop – once an office itself – may have lost the pink paint and daggy dividers of days gone by, but it holds loosely to its heritage in the sun-discoloured vertical fabric blinds. Behind them hides an encyclopedic range of treasures.

Iryna Mazonka and her close-knit family have run the shop for 15 years. It is, first and foremost, an Eastern European deli specialising in snack and naturally preserved foods from Latvia, Russia, Ukraine and some Baltic countries. It also sells, somewhat incongruously, Sri Lankan teas.

Mozaika is a cornucopia of preserves, biscuits, jams, tinned meats, sweets and drinks stacked on second-hand shelves. It’s a freezer bursting with Mazonka’s mum’s homemade meat, cheese and vegetable dumplings. It’s Latvian rye bread imported from Melbourne, and fatty garlicky sausages that – while delicious cold with a dollop of chutney – Mazonka says taste even better after being rendered in a scalding pan. But the shop’s also a home for people who feel displaced – it provides community.

Because as much as Mozaika is about offering a taste of home to other Eastern Europeans who’ve made Adelaide their place, what’s been most important to the family is weaving themselves into the city’s fabric since they moved here from the Ukraine in 2003 with then five-year-old daughter Polina in tow. In turn, they’ve helped other immigrants do the same – offering informal pastoral care and even food parcels to struggling new arrivals who drop by. “We give food because sometimes people have lost their way,” says Mazonka.

It’s no secret that moving some place new presents a unique set of challenges, but Mazonka and her husband, Valeriy Mazonka, felt Ukraine was no place to raise children. “It’s so corrupt,” she says, “You never feel free to do what you want.” So they followed her brother-in-law’s family to Adelaide in search of a better, fairer life. When they first arrived, there was only one Eastern European specialty food shop in the city – a Russian store in Magill. When it closed, Mazonka saw an opportunity to open her own.

It hasn’t always been smooth sailing. At first, business was tough. But rather than sit in the shop waiting for people, Mazonka took on extra jobs – working in various fields, from grape picking to caring for elderly Russian women – to support her family. “You have to keep moving to stay alive,” she says.

Now, business is thriving and people from all communities are regular visitors. And the Mazonkas feel part of city life. They’re invited to sell their wares at community markets, and have customers requesting this and that. “People were shocked we didn’t have vodka at first,” laughs Mazonka in front of their now impeccably stocked booze shelves.

Their mantra is what goes around comes around. “I remember when we were little and we used to go to my grandma’s shop in the village. She’d give us free lollies and we thought hers was the only shop in the world that did that,” says Mazonka. She does the same at Mozaika, trying to touch as many people as possible with small acts of kindness in keeping with the way she feels karma has been good to her.