More than 1000 lawash are made here every day. 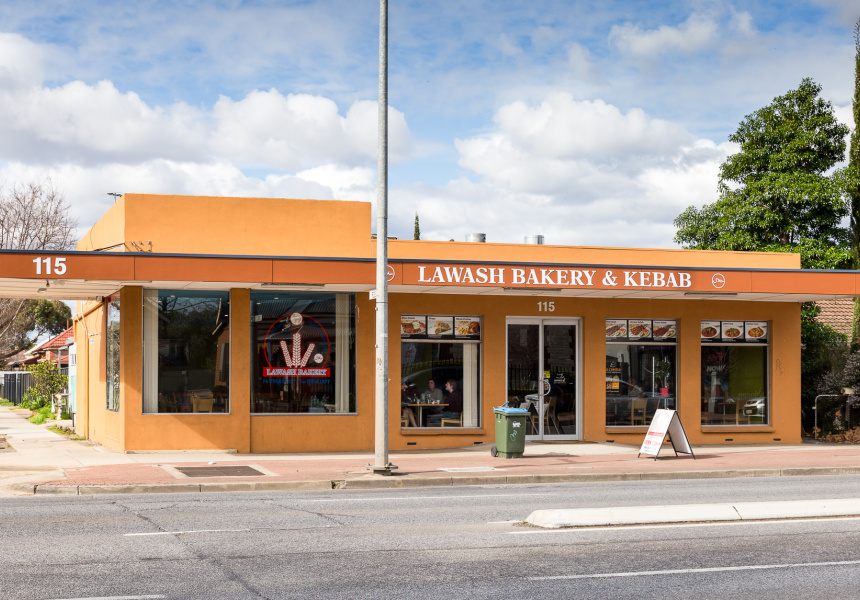 Behind the counter of Thebarton’s Lawash Bakery lies the domain of four brothers – three by blood and one by heart. Ali Juma Afzali, Ali Dost Safi, Khadem Ali Afzali and Mohammad Haidari made the move from central Afghanistan to Adelaide in 2000 before opening Lawash Bakery in 2004.

Our translator Mehdi Ahmedi beckons us beyond the takeaway counter, past sizzling kebabs sitting on the fiery charcoal grill, and into the kitchen to see his father and uncles at work. Here they make more than 1000 lawash (a large, thin, unleavened flatbread) every day. Each brother has an important role, such as slapping dough inside the hot tandoor ovens, pulling out freshly cooked lawash, and blending spices for curries and minced meat kebabs.

“Mostly our customers are from Russian and Greek backgrounds,” says Ahmedi, who believes a shared flavour heritage draws them in. But he recalls one customer who drove from the Adelaide Hills through the darkness of Adelaide’s great storm of 2016 just for a lamb kebab wrap. He thanks their solar panels and backup batteries for keeping the lights on that night, but we thank the lamb backstrap for being melt-in-your-mouth tender. “We could get a cheaper part of lamb,” he says, “but we don’t want to, because at the end of the day a happy customer will come back.”

If they’re not lining up for a lamb wrap to go, groups of friends and families gather here over plates of alfam kebab (a half chicken coated in spices and chargrilled over the coals) or mixed kebab. The latter sports grilled chicken, that beloved lamb backstrap, and minced lamb pulled off the skewer and served on lawash. Ahmedi remains tight-lipped about his uncle’s secret spice blends, but we can detect a hint of cardamom, black pepper, and red pepper. It comes with house-made garlic sauce, and a chilli sauce that’s “not too hot”. “If we make it hot you can’t taste the food. So we make it mild.”

Lawash’s colourful dining area sports bright red, green and blue walls, which Ahmedi tells us is about making people happy. “Some restaurants are dark and dim,” he says. “They think the customer will forget everything and focus on the food. We make it bright so they will be happy and enjoy their meal.”

There are plenty of liquid refreshments, but for a richer experience try the doough. Similar to Turkish ayran, Indian lassi, or Middle Eastern laban, the yoghurt-based drink is flavoured with mint, cucumber and salt, with a subtle carbonated fizz. Ahmedi recalls drinking the non-alcoholic 'Afghani beer' on hot days in Afghanistan, and says it’s also good for aiding stress and to help you get a good night’s sleep.

For dessert, there are two types of baklava stuffed with crushed pistachios – ladyfinger and half moon – homemade by a relative. Or you could try the Afghan jalebi. The popular Middle Eastern sweet is a bit like a thin scribbly pretzel, served deep-fried and soaked in sugar. Be sure to grab a bag of lawash on your way out.

This article was published on September 11, 2017. Menu items may have changed since then.