Easy and convenient “hotpot for one” – China’s malatang boom has reached Adelaide. 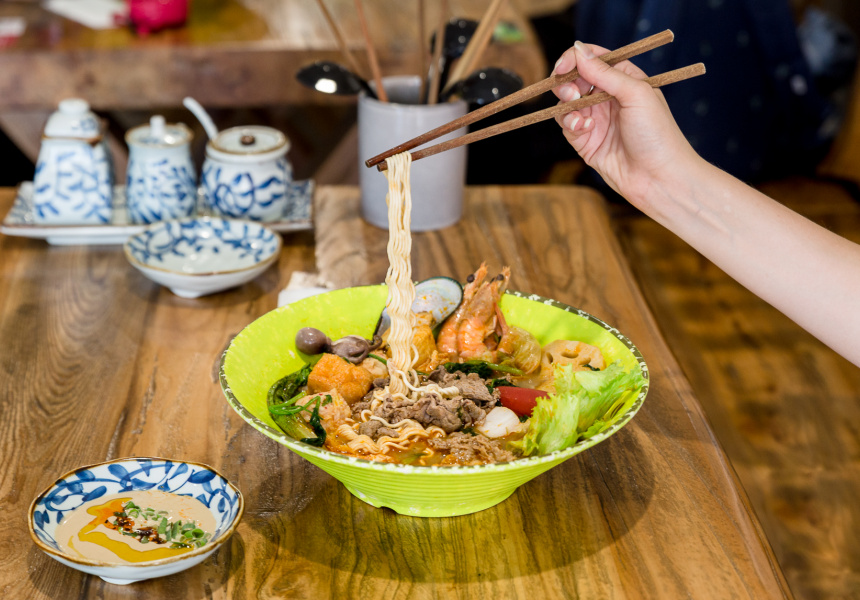 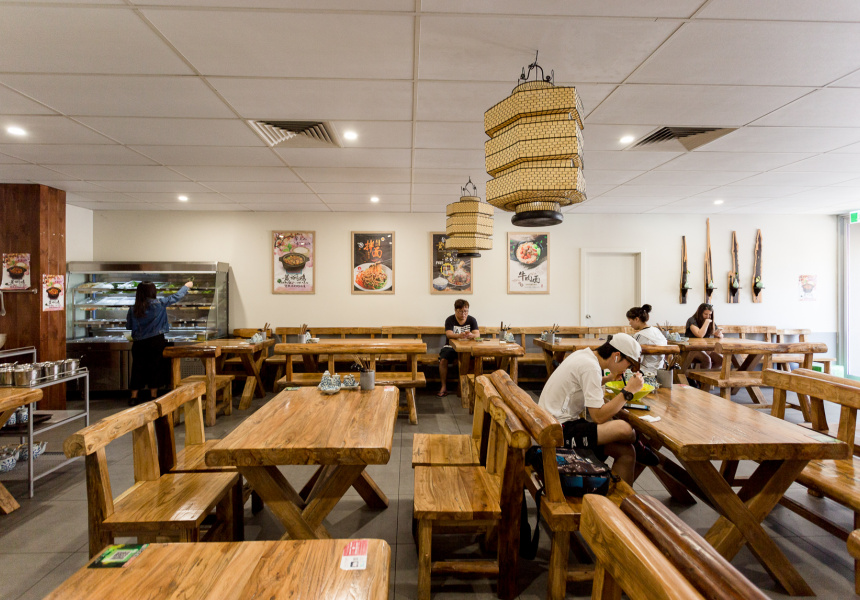 One of the great modern wonders of China's immense foodscape is malatang, the ultimate DIY hotpot dish for one. It’s been booming in Australia’s eastern states – and throughout much of the western world – and it’s now taking hold in Adelaide’s increasingly specialised regional-Chinese food scene.

The fast, casual single-serve mutation of the Sichuan hotpot has done huge numbers in Beijing and China’s greater north-east over the last decade; its affordability and in-and-out efficiency is the perfect complement to the frenzied speed of modern life. It’s also healthy(ish), endlessly customisable, and feverishly fun.

While Adelaide has seen a couple of malatang joints pop up, Wright Street’s Gathering Point, while not strictly malatang-only, is a clear standout. Blonde wooden tables and hefty bench seating dominate a medium-sized dining space otherwise sparsely decorated, save for the wooden tiles that hang in rows behind the counter. Each of them is engraved with the name of a dish and designed to be removed when that dish runs out for the day – a kitsch embellishment common in Chongqing noodle joints around China. Gathering Point is not winning any beauty contests, but that would not bother owner and Beijing transplant Jason Duan one bit. Faithful malatang is, plainly, the priority.

Here’s how it works: diners pick up a basket and a pair of tongs from the counter and make their way to ingredient shelves, which are stocked with vegetables, carbs, and meats of various extractions (offal fans, this one’s for you). Here, you decide what to include in your malatang, and that’s a matter of personal preference.

Once you’re satisfied with your selections, you take your basket to the counter where it is weighed and charged at $2.60 per 100 grams. Extras such as instant-noodle cakes are charged separately. You then choose your spice level (prepare for some serious heat) before the basket is taken out the back where its contents are submerged into a meat broth, lifted out once sufficiently cooked and served to you minutes later. You can then top your malatang with a selection of sauces (chiefly sesame), oils (often Sichuan peppercorn infused) and herbs; high-fiving yourself as you tuck into one of China’s great modern culinary innovations.

Duan, who opened the space in 2017, believes malatang mania is set to continue. “It tastes good and it is convenient,” he tells Broadsheet. Pretty simple.

It’s worth noting Gathering Point also runs a fairly scattershot program of noodles and rice dishes from around China, but a quick glance around is evidence that for the loyal patronage, it’s all about the malatang. 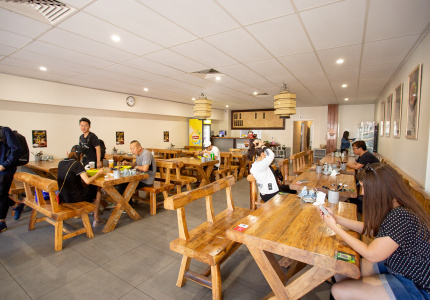