A gutsy Spanish makeover for the hotel restaurant with a stiff upper lip. 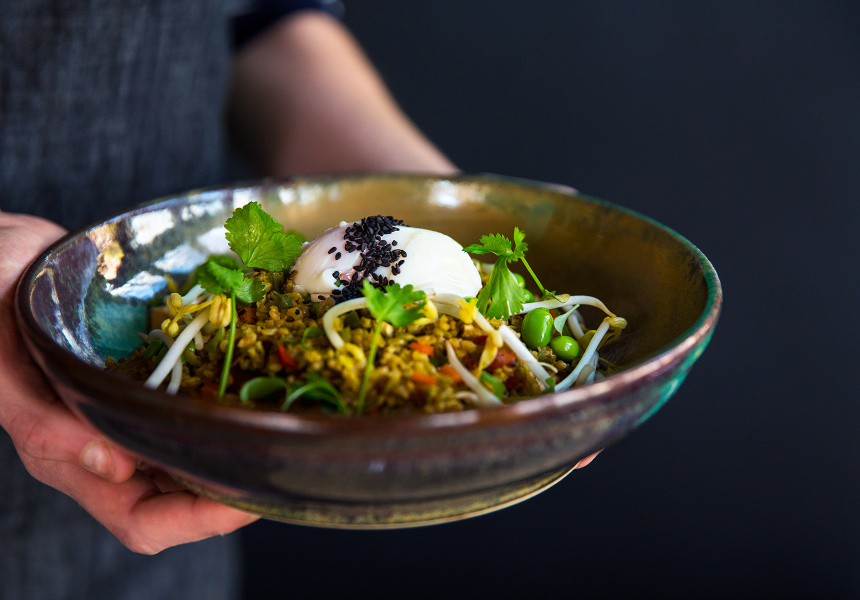 There’s absolutely nothing that says “hotel restaurant” about The Little Soho on Flinders Street. Half a wild rabbit is a bold dish. So is tripe-and-trotter casserole.

The restaurant, formerly known as fine-dining establishment Decant, still operates as part of the Clarion Hotel Soho. But owners Naomi Growden (Thrift Shop Bar) and Alfonso Ales (Olea) have given it a personality all of its own, serving contemporary Spanish dishes. “I thought it was really important to have a chef become a co-owner for the quality of the food to really be at its best,” says Growden.

Growden has plans for a renovation and a relaunch. “I’ve already started looking in to getting an application to have a Spanish-themed street party,” she says. “But one step at a time.”

With the menu, Ales wants to showcase all that his homeland has to offer, without restricting it to regions such as his native Seville There are simple, healthy brunch options with his personal flare, such as flamenco eggs with chorizo and jamón serrano, alongside familiar favourites like banana bread and granola.

For dinner the focus is on sharing and tapas, with plenty of seafood – such as the bacalao (salt cod) – and secondary cuts. “We want to make sure we use lots of local produce to keep it sustainable and ethical but sometimes we have to import things,” Ales says. “Like anchovies. They’re no good here in the southern hemisphere, so we get them sent from Spain.”

During warmer weather, guests can enjoy a cocktail version of the popular Spanish drink rebujito, which combines sherry and lemonade. In the meantime, there are plenty of local and imported wines.