Age-old family recipes underpin this new eatery, where hummus, falafel and grilled meats are the order of the day. 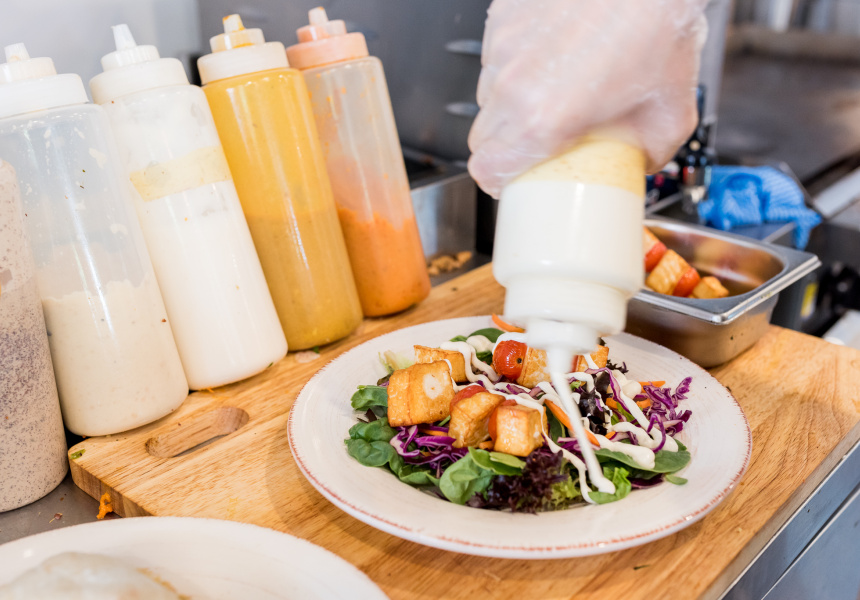 You can’t miss Levant Eatery. Look for the bright green sign above the doorway and listen for laughter trickling out of the bustling open kitchen.

The family-owned cafe came to life through Husam Al-Sweedy, who noticed the vacant shop while studying at UniSA’s City West campus. His daydreams turned to reality when he deferred his degree and his family jumped on board to create Levant Eatery. Sister Zainab Al-Sweedy even moved back from a two-year stint in Dubai to pitch in.

“We’d look at the plans, have a million arguments [about layout and décor] and then agree on something,” Al-Sweedy says.

The eatery is named after an old French term for a group of eastern Mediterranean countries. The Al-Sweedy family originates from Iraq and the recipes are long-kept family secrets. “Zena Al-Sweedy, our sister-in-law bakes all the bread and mum [Faten] works in the kitchen.”

The crew work like a well-oiled machine. The wait time for meals is five to six minutes. “We’ve had line-ups out the door every day,” Al-Sweedy says. It’s a promising sign in an area soon to be engulfed by hospital workers, busy students and researchers.

Next door, on Liverpool Street, the Al-Sweedys are also planning a cold-pressed juice bar, perfect for washing down a falafel quinoa bowl.