The Salopian Inn’s Karena Armstrong has pulled together a top roll call of chefs who have inspired her for a deeply seasonal dinner at Tasting Australia’s Glasshouse Kitchen. 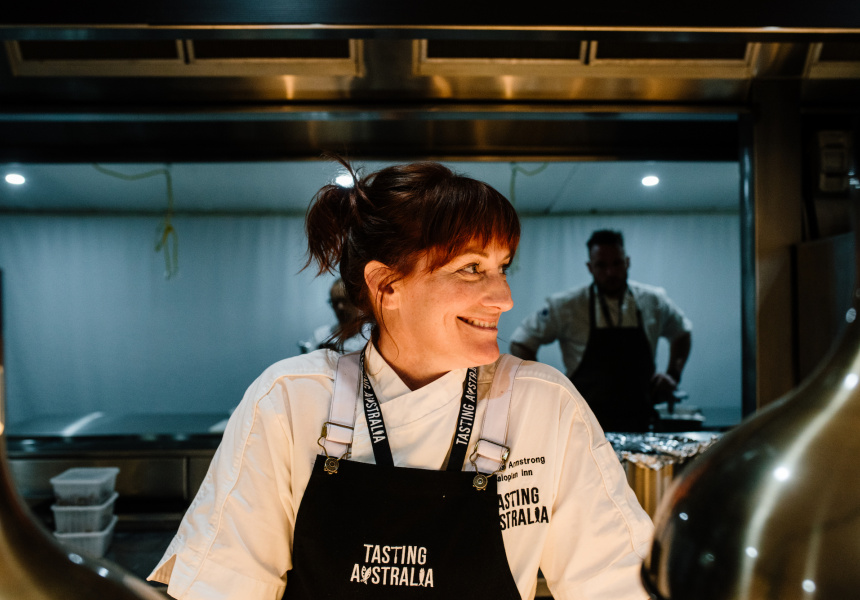 When Karena Armstrong says “balance is so important”, she’s not just talking about the flavours in her cooking.

The Salopian Inn owner-chef knows that it’s necessary for success in every aspect of life. Hospitality can be an incredibly lonely industry, and early in her career she learned that having a strong network of friends and mentors was essential. As she worked her way up through east-coast kitchens like Lake House Restaurant, Icebergs and Billy Kwong, that group grew into a series of powerful connections.

So when Tasting Australia director Simon Bryant asked Armstrong to program a dinner with chefs who have influenced and inspired her, she had plenty to choose from. The final list comprises her bridesmaid, a chef she’s met only once and someone with a similar cooking approach who’s “a bit fancier than me” (more on that later).

Since opening The Salopian Inn in 2013, Armstrong has turned the 1851 McLaren Vale homestead into a beloved institution known for seriously good food without pretension. It’s the kind of place where the glassware is fancy but the dress doesn’t need to be. Her seasonal menu features plenty of seafood and a marked Asian influence that’s obvious in favourites like the steamed Boston Bay pork buns, prawn dumplings and roo tail braised in chilli, caramel and Sichuan salt. “I tried to take the roo tail off the menu about a week ago,” she laughs. “I had so many phone calls I just put it back on.”

The restaurant is a leisurely four-minute drive from her house, which is also home to a very productive garden. It started as a half acre, but she laughs that “it’d be closer to three quarters of an acre now. It’s just encroaching on the rest of our house.” Crops of asparagus, eggplants, horseradish, Jerusalem artichokes and a range of fruits go straight onto the Salopian menu when they’re ready, but currently there are a few plants that are off limits.

“We’ve got some elks and sorrels coming through. They’re very bitter, peppery leaves. They border on horseradish flavour and they’re fantastic. Then we’ve got some chervil and things like that for flowers. If it’s got pink ribbon on it, that’s the ‘do not touch’ sign.”

A pink ribbon means something is reserved for Heidi Bjerkan, the Norwegian chef who is cooking with Armstrong at Tasting Australia’s Glasshouse Kitchen on April 1 alongside Sydney’s O Tama Carey (Lankan Filling Station), who was also in Armstrong’s wedding party, and Brisbane’s Alanna Sapwell (Arc Dining).

Despite meeting Bjerkan just once, Armstrong knew immediately that she wanted to invite her to the dinner. From her base in Trondheim, Bjerkan crafts “simple, beautiful” food with a strong emphasis on simplicity and sustainability for the Michelin-starred Credo. “It’s very pure which is quite hard to do,” Armstrong says. “To have the confidence to leave something alone and just make it perfect.”

The menu for the Glasshouse Kitchen dinner is still being finalised, but the plan for Bjerkan’s course is to mix local flavours with European ideas by using dairy cow as the protein, highlighting the rich, creamy nature of what would otherwise be “waste meat”.

Armstrong has shared kitchens with Sapwell at festivals around the country, and developed a deep admiration for the Queensland chef. “Alanna has access to a garden so she cooks from a garden, but there are no boundaries in her head for how far she can go. She’s very humble and is not afraid of hard work, and her food is exceptional.”

Carey’s contribution is still in flux, but at the moment it looks like it will be a plant-based dish of fig, black olive and spices with candied fennel flowers from Armstrong’s garden. And given their long history, Armstrong is confident they could pull off just about anything together. Since meeting almost two decades ago, when Armstrong took the sous chef job at Billie Kwong, the pair has cooked together many times (including a Glasshouse Kitchen dinner last year).

Now, Carey runs Sydney’s acclaimed Lankan Filling Station, and Armstrong says that “no one else cooks like she does, particularly with spice. She just has this intrinsic feel for it and it’s not overpowering, it’s just really pure. It doesn’t take over your palate, it’s really incredibly well balanced. She’s so clever.”

And while all four chefs happen to be female, that’s not the theme of the dinner. “I never set out to do a women’s dinner,” Armstrong says. “That’s just who my mates are.” Instead, she’s chosen a group who will appreciate that she’s sourcing as much produce as possible from her own patch, planting well in advance to ensure supply for the dinner. “What connects us, ultimately, is that we’re all deeply seasonal chefs.” 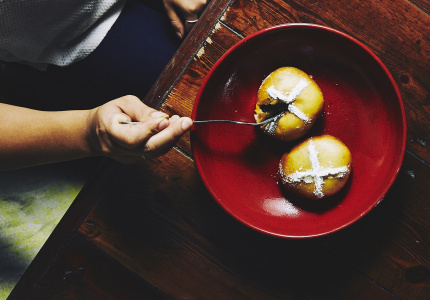