The new retail space will stock his sought-after produce-forward chocolates (in flavours like marmalade croissant, rhubarb and custard, and hot cross bun), plus freshly baked pastries on the weekends. Alex Crawford aka The Sugar Man 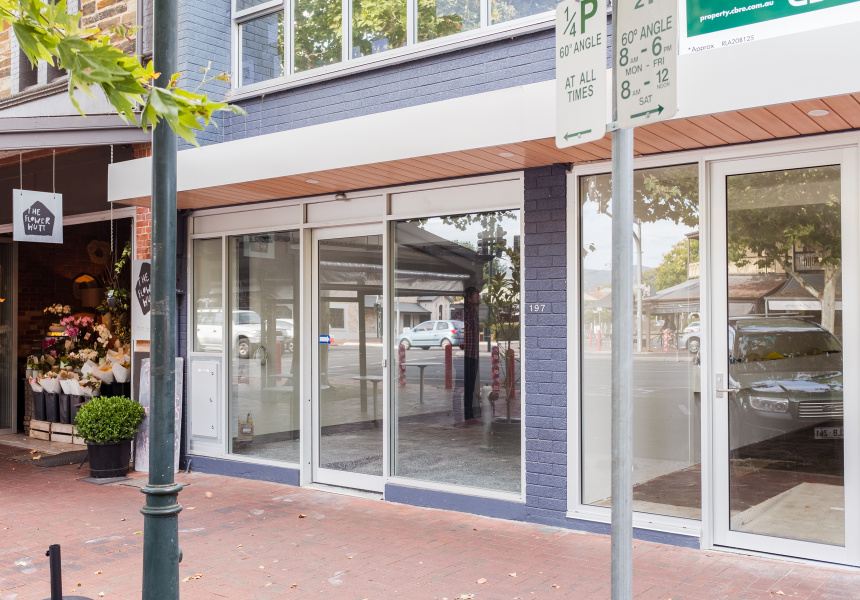 It took Alex Crawford four years to find a new location after ending his lease at The Sugar Man’s first Hutt Street site, perched above Australia Post. Next month the chocolatier will unveil a retail-only storefront and kitchen directly opposite that very same shop and post office. Talk about coming full circle.

From early days selling macarons at Please Say Please, Crawford has built The Sugar Man into one of Adelaide’s most sought-after specialty brands. The first space he opened in 2016 was a wholesale-only affair – and Crawford really put the “sole” (and soul) into being a sole trader. “After two years of doing everything, I had really burnt myself out,” he tells Broadsheet. “In 2018 I took a break and went to Italy with my fiancée, to visit her family. We went to a lot of pastry shops and chocolate shops and I fell in love with the whole idea of chocolate.”

He brought that inspiration back home to SA, quickly establishing a reputation for his bespoke blocks featuring hyper-local ingredients (like oranges picked in his grandma’s garden). Having worked from several shared spaces in the Adelaide Hills since, Crawford now feels it’s time he stopped kitchen-hopping and settled into a space he can call his own.

“We want to make it feel like home,” says Crawford of the new digs. Fiancé Alexandra Lloyd (yes, they’re Alex and Alex which can be very confusing) who designs The Sugar Man’s illustrated labels, is also designing the shop’s interior. Lloyd’s own work will be on display, alongside other local artists, with a few sentimental touches the pair have collected from here and there. “The only thing that’s not Australian is a painting of a Chupa Chup we found in Czechoslovakia,” Crawford says. Lloyd will also be adding some hand-painted touches to plates she’s bought from ceramicists across the country.

Crawford uses exclusively French chocolate in his recipes, paired with South Australian produce. “For the marmalade croissant [chocolate block], the oranges come from my grandmother’s 64-year-old orange tree,” he says. “It’s an ode to my grandfather who used to have a spoon of marmalade with his glass of port after dinner.”

“I’m also doing rhubarb and custard, which is something my mum makes a lot. I use a blend of our own home-grown rhubarb with some that I get from the Adelaide Hills.” Other flavours include Fairy Bread and white chocolate, flame-roasted macadamia in caramelised white chocolate, peanut butter caramel in 66 per cent dark chocolate, Milo Bar, and hot cross bun.

There will also be a selection of single-origin varieties like 46 per cent Santo Domingo milk chocolate, 64 per cent Madagascan dark chocolate and a super-dark 72 per cent Venezuelan number. A small selection of pastries – dependant on what produce Crawford can get his hands on – will be rolled out for pre-order, for collection on Saturday mornings only. Think twice-baked pain au chocolat, almond croissants with Willunga almond frangipane, burnt butter cookies with single-origin dark chocolate, and a new rocky road cookie with handmade vanilla bean marshmallow, freeze-dried raspberries and caramelised peanuts. “We don't use any colours or flavours in either our chocolate or pastry range,” says Crawford.

In winter, he’ll offer specialty hot chocolates – but that’s it as far as drinks go. If you want a coffee with your sweets, Crawford says, “Go see Harsh [from Coffeelosophy across the road]. He knows all about it. As much as I love coffee, I want to be in the kitchen so I can control the quality of what’s being put out.”

Crawford knows Hutt Street well, and says he doesn’t intend to step on anyone’s business. He adds that the concept of being takeaway-only isn’t just because of Covid. “We want this to be a long-term thing,” Crawford says. Learning from the past, he’s keeping his vision tight, and running with a small team, allowing the business to scale up at a manageable pace. The chocolates will continue to be sold at existing stockists such as Belair Fine Wines, Smelly Cheese Shop, Barossa Cheese Company and East End Cellars.

The longer-term goal is to see Sugar Man blocks retailing country-wide. “I’m proud to be South Australian. I’m proud of our produce and the farmers – all the producers that we have in this state – and I want to represent that.”

The Sugar Man will open in February at 144 Hutt Street, Adelaide.